Western men’s sperm counts are falling, and we ought to be concerned.

A major study published this July in the highly regarded fertility journal Human Reproduction Update showed that across Europe, North America, Australia and New Zealand, men’s sperm counts declined by 50 to 60 percent over the 38-year period between 1973 and 2011. Environmental and lifestyle factors may be responsible for the decline. But the end result may be a new social crisis of male infertility — with potentially wrenching emotional implications for both the men and women involved.

That’s the bad news. The good news is that other regions of the world have gone through this already. The Middle East has been grappling with serious male infertility problems for decades. It has lessons to offer the rest of the globe. 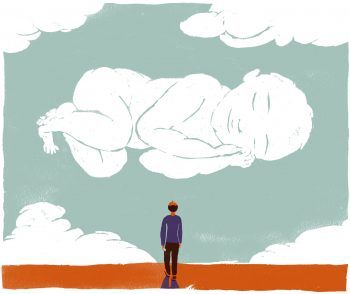 Over the past 30 years, my research has focused on male infertility in the Middle East. There, genetic sperm defects — the main cause of male infertility — are particularly common and often run in families. High rates of male smoking, ambient air pollution in the major cities and the stresses of war, too, have taken a costly toll on male reproductive health. Yet the region not only has made tremendous technological advances in combating male infertility but also has undergone a dramatic change in societal attitudes toward the problem.

Back in the 1980s, as a doctoral student, I headed to Egypt to study infertility. Semen analysis had become widely available there by the 1970s, and by the time I arrived, ordinary Egyptians — including many a male cabdriver I spoke with — were aware that men could have “weak” sperm. Scientific advances had made clear that infertility was not just a female burden.

And yet this widespread public awareness did not, at the time, translate into openness. Cabdrivers might be willing to chat, but individual Egyptian men rarely disclosed their own infertility problems, even to close family members. Male infertility remained highly stigmatizing and emasculating; men often expected their wives to shoulder the blame for their childlessness in public. Infertility — caused by sperm defects — was often conflated with impotence.

Since those early days, much has changed as a result of several factors. Medical progress, religious permissions and government efforts have combined to make male infertility treatment much more accessible. But men themselves have played a major role in lifting taboos, in ways that are instructive for the West.
The changes began with Islamic clerics, who were among the world’s first religious leaders to approve in vitro fertilization as a solution to marital infertility. A permissive fatwa covering IVF issued in Egypt in 1980 allowed the introduction of high-tech assisted reproduction across the Muslim world. The next decades saw an IVF boom, and today, the Middle East claims one of the strongest IVF sectors in the world.

This emergence of high-tech reproductive medicine took a leap forward in the 1990s, with the introduction of a new and particularly effective form of IVF treatment known as intracytoplasmic sperm injection (ICSI, pronounced “ik-see”), a breakthrough that gives infertile men a real chance to become biological fathers. The coming of ICSI to the Middle East was a technological revolution that in turn led to a social revolution. As more and more infertile men sought the widely advertised “ICSI solution,” male infertility was transformed from a masculinity problem into a medical condition.

The widespread availability of ICSI has led to a “coming out” of infertile men across the region. Governments have helped this process along by pushing to make fertility treatments more accessible through public financing. Today, Middle Eastern men are increasingly open about their fertility problems: They tell their families, share information with friends and colleagues, and swap clinical recommendations with others needing help.

Nabil, an infertile man in Beirut, explained this changing view to me during my 2003 study of male infertility in Lebanon: “People know it is a medical problem. So we don’t feel this problem of manhood or womanhood. In our company, four to five people have IVF babies. So, in my company, people talk about it. I tell everybody about it. I don’t mind. My boss said, ‘You’ve been married for more than two years and you didn’t get your wife pregnant yet?’ I said, ‘I’m trying,’ but I couldn’t get my wife pregnant yet.” Nabil’s boss was even sympathetic enough to give him paid time off to accompany his wife to the local university’s IVF clinic.

As men like Nabil have come to acknowledge their infertility problems and seek treatment, they have helped to lighten the heavy load once carried by their wives: the scrutiny from in-laws, the social ostracism, the threats of divorce or polygynous remarriage. Indeed, the introduction of high-tech male infertility treatment and Middle Eastern men’s eager embrace of this technology have had positive effects on gender relations across the region.

To be sure, there are very real and important differences between the Middle East and the West when it comes to male infertility. In the Middle East, most infertile couples are barred from using donor sperm to conceive, despite the religious permissibility of many other treatments and technologies such as ICSI. In the West, ICSI has long been widely available, but the cost sometimes makes it inaccessible, particularly in the United States. But the primary obstacle has come from men’s own silence on the subject — and here is where the Middle East can serve as an instructive example.

Studies in the West have shown that male infertility remains a hidden, highly stigmatized problem — laden with feelings of inadequacy, confused with impotence and often spoken of, derogatorily, as “shooting blanks.” If women in the West have made great progress in talking about their own fertility struggles, men’s progress in this arena has been much slower going. In the West, the psychological stigma might not wind up as a barrier to seeking treatment — most couples who want a child are by now open to medical intervention if they can afford it. But it does mean that many men will experience unnecessary psychological pain and isolation.

Although the Middle East is rarely held up as a model of progressive gender thinking, the region is a case study in the power of recasting infertility as a medical problem, not one of manhood. Technology can help, but in the end, there’s a large role for men themselves to play in speaking up about male infertility, especially as sperm counts fall.

Marcia C. Inhorn is a professor of anthropology and international affairs at Yale University, specializing in Middle Eastern gender, religious and health issues.