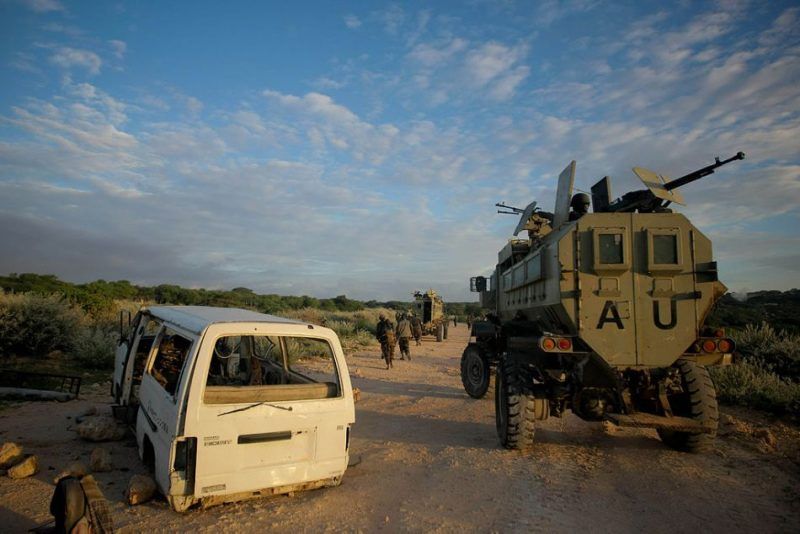 2016 promises to be an interesting and dynamic year in Africa’s peace and security agenda. Barely 60 days into the New Year, three distinct trends are emerging which will determine major decisions in most defence and national security engagements in the region. While surprises are inevitable, rarely do countries struggle to bounce back when hit with these shocks unless one is talking about disasters such as the catastrophic earthquake that struck Haiti in 2010 or the 2006 Tsunami. However this year presidents, cabinets and security chiefs will be faced with the challenges pertaining to insurgencies, containing shocks brought by the collapse of oil prices and handling political transitions.

The recent attack by Al Shabaab on an Africa Union peace keeping mission in Somalia (AMISOM) stationed on a military base that also housed Kenya Defence Forces (KDF) is the latest indication of the changing nature of unconventional warfare waged by combatants with a well-organized military command and control structure. Although Kenya’s defence establishment has not released the final death toll, the attack seems to have benefited from a highly trained operational planning unit. It is alleged that a heavily armed infantry with over 100 fighters equipped with Russian PKM assault rifles, rocket propelled grenades, and a suicide bombers corps split in two groups and used vehicle borne IEDs to launch their assault. One group took on the Somali National Army, a mere 600 metres away from the AMISOM base, while the other waited in ambush. As soon as the AMISOM base responded to the distress call, the second group of insurgents struck the base.

According to Kenya’s Chief of Defence Forces General Samson Mwathethe, air rescue teams could not be immediately deployed in the area due to the presence of active anti-aircraft missiles.  It is clear that this was a well-coordinated ambush; planned way in advance, endowed with prior intelligence of base deterrence capabilities and aware of AMISOM threat response strategies. The incident provides an important space to ask hard questions when dealing with insurgencies whether at a national level or in a large scale international peace keeping effort.

First, what is the most appropriate intelligence sharing system that counterinsurgency operations should adopt in the face of an enemy such as Al Shabaab, Boko Haram or even Al Mourabitoun? Secondly, counterinsurgency operations in theatres with an active enemy presence require a separate dedicated military base and a refugee camps security component headed by no less than a deputy commander of the peacekeeping forces who is directly answerable to the force commandant. Lessons need to be learned from the 2000 Sierra Leone peacekeeping operation where several blue helmets were captured by RUF rebels and from the South Sudan civil war in 2013, where UN bases and humanitarian camps in Bor and Juba were attacked. Furthermore in 2015 Al Shabaab attacked bases manned by Burundi and Ugandan contingents, yet there has been a serious lack of new measures put in place by the Africa Union Department of Peace and Security institute to secure all other AMSIOM bases. Third, perhaps it is high time to reconsider troop deployment in counterinsurgency operations especially when a) loss of life is unprecedented and b) when the insurgency has been highly embedded in the local population like in the case of North East Nigeria where Boko Haram maintains an active military advantage. Fourth, future counterinsurgency operations will require a joint coordinated agency that is staffed by civilian and military advisors who can relay information to the head of mission and the presidency. This task cannot just be left only to military staff and suffer the fate of collective group think. Neither can this task be delegated to party sycophants who occupy sensitive positions within the presidency and only prioritise regime preservation when dealing with national security challenges. It is essential to include a diverse set of professionals who can avail their expertise and help to shape winning counterinsurgency strategies.

Containing shocks brought by the collapse of oil prices

As the US overtakes Saudi Arabia as the world’s largest producer of crude oil, the optimism earlier envisaged by oil importers is suddenly being replaced by a sombre mood as they come to terms with effects of cheap oil. In a globalized world, the effect of a recession in most oil companies and the sudden shrinkage of operations means that the entire well-to-market value chain suffers. Therefore, countries in Africa which depend on oil as their core export will have to reappraise their economic forecasts and seek to urgently contain possible unrest and disruptions to their industrial and manufacturing sectors. A number of steps need to be urgently put in place.

First, governments need to bolster the capacity of multi-stakeholder teams so they can provide detailed analytical information for government decisions and investor engagements. This should be considered not just among oil producing countries but also countries which have ambitions for oil production in the near future such as Uganda, Kenya and even Somalia.

Second, ministries of finance and governors of central banks must actively find space to cushion national economies from the knock on effects of low oil prices. Managing the transition and emergence of new market cartels will be a task that will feature regularly. It is possible that we might see a mild form of market regulation by the state especially when cartels seek to hold on to their dominant positions regardless of the need to change for public good. If handled properly, this phase can allow regimes to survive potential protests and even investor boycotts.

While 2015 saw an unprecedented appetite for constitutional amendments to allow third terms for incumbent leaders, the greater challenge is how to manage political transitions in a manner that does not lead to civilian unrest, instability and a climate of fear. As the events in Burundi and Burkina Faso reveal, an attempt at incumbency that attracts widespread unrest and civilian agitation is not worth the effort. However the case of Rwanda, which followed its own due process, demonstrates the importance of well thought out transition processes. Another case is Uganda. It is one thing to clamour for the exit of Museveni, but one must look at the capacity and independence of the oversight institutions that are necessary to cushion the country in the event of a power vacuum.

Therefore, agitators for change and reforms should ask, what sequence should this transition take? How shall we embark on structural change, but escape the tragedy of post-Gadhafi Libya? This is not in any way to disqualify attempts at legitimate change of government such as that which took place in Burkina Faso recently. However, it is a call for caution and for a measured approach in handling political transitions that avoid perilous conflicts like those that were triggered by poor management of transitions.

As Africa prepares to lurch forward in 2016, the UN Sustainable Development Goals project promises to provide increased opportunities for ensuring that development does not just take place at the centre in order to cascade to the periphery. Furthermore, at the heart of the SDGs is a call to ensure that development does not stagnate or reverse due to a lack of mitigation measures to cushion against these shocks. It is therefore important that countries prepare for the three contingencies as they pose a significant risk to current development forecasts.

Edward Wanyonyi is a security and defence policy specialist.