These words, shouted by an elderly woman, were made famous in a medical alert device ad in the 1990s. In 2015, they might be Europe’s catchphrase.

As the United States economy slowly recovers, analysts across the political spectrum see little to cheer them from Europe. The optimists see the region’s economy growing by just 1 percent in 2015; many others fear that a triple-dip recession is in the offing. Germany is widely viewed as a healthy country whose prosperity helps compensate for Europe’s weakness, yet over the past two quarters for which we have data, it has experienced no net growth at all. Predictions of decade-long deflation, low productivity and high unemployment are becoming conventional wisdom. 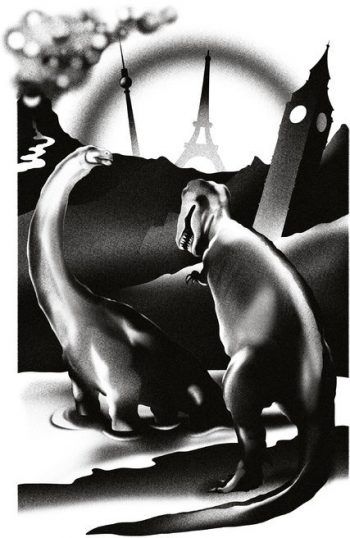 What does the Continent need? Most economists and pundits focus on monetary and fiscal policy, as well as labor-market reform. Get the policy levers and economic incentives right, and the Continent might escape the vortex of decline, right?

Probably not. As important as good economic policies are, they will not fix Europe’s core problems, which are demographic, not economic. This was the point made in a speech to the European Parliament in November by none other than Pope Francis. As the pontiff put it, “In many quarters we encounter a general impression of weariness and aging, of a Europe which is now a ‘grandmother,’ no longer fertile and vibrant.”

But wait, it gets worse: Grandma Europe is not merely growing old. She is also getting dotty. She is, as the pope sadly explained in an earlier speech to a conference of bishops, “weary with disorientation.”

Some readers might regret the pope’s use of language — we love our grandmothers, weary with disorientation or not. But as my American Enterprise Institute colleague Nicholas Eberstadt shows in his research, the pope’s analysis is fundamentally sound.

Start with age. According to the United States Census Bureau’s International Database, nearly one in five Western Europeans was 65 years old or older in 2014. This is hard enough to endure, given the countries’ early retirement ages and pay-as-you-go pension systems. But by 2030, this will have risen to one in four. If history is any guide, aging electorates will direct larger and larger portions of gross domestic product to retirement benefits — and invest less in opportunity for future generations.

Next, look at fertility. According to the Organization for Economic Cooperation and Development, the last time the countries of the European Union were reproducing at replacement levels (that is, slightly more than two children per woman) was the mid-1970s. In 2014, the average number of children per woman was about 1.6. That’s up a hair from the nadir in 2001, but has been falling again for more than half a decade. Imagine a world where many people have no sisters, brothers, cousins, aunts or uncles. That’s where Europe is heading in the coming decades. On the bright side, at least there will be fewer Christmas presents to buy.

There are some exceptions. France has risen to exactly two children per woman in 2012, from 1.95 in 1980, an increase largely attributed to a system of government payments to parents, not a change in the culture of family life. Is there anything more dystopian than the notion that population decline can be slowed only when states bribe their citizens to reproduce?

Finally, consider employment. Last September, the United States’ labor force participation rate — the percentage of adults who are either working or looking for work — reached a 36-year low of just 62.7 percent.

Yet as bad as that is, the United States looks decent compared with most of Europe. Our friends across the Atlantic like to say that we live to work, while they work to live. That might be compelling if more of them were actually working. According to the most recent data available from the World Bank, the labor force participation rate in the European Union in 2013 was 57.5 percent. In France it was 55.9 percent. In Italy, just 49.1 percent.

One bright spot might seem to be immigration. In 2012, the median age of the national population in the European Union was 41.9 years, while the median age of foreigners living in the union was 34.7. So, are Europeans pleased that there will be new arrivals to work and pay taxes when the locals retire?

Not exactly. Anti-immigrant sentiment is surging across the Continent. Nativist movements performed alarmingly well in European Parliament elections last year. Europe is less like a grandmother knitting placidly in the window and more like an angry grandfather, shaking his rake and yelling at outsiders to get off his lawn.

None of this should give Americans cause for schadenfreude. At a purely practical level, a European market in further decline will suppress American growth. But more important, European deterioration will dissipate the vast good the Continent can do in spreading the values of democracy and freedom around the world.

So what is the prescription for Europe’s ills — and the lesson for America’s future?

It is true that good monetary and fiscal policies are important. But the deeper problems in Europe will not be solved by the European Central Bank. No matter what the money supply and public spending levels, a country or continent will be in decline if it rejects the culture of family, turns its back on work, and closes itself to strivers from the outside.

Europe needs visionary leaders and a social movement to rediscover that people are assets to develop, not liabilities to manage. If it cannot or will not meet this existential challenge, a “lost decade” will look like a walk in the park for Grandma Europe.

Arthur C. Brooks, a contributing opinion writer, is the president of the American Enterprise Institute.