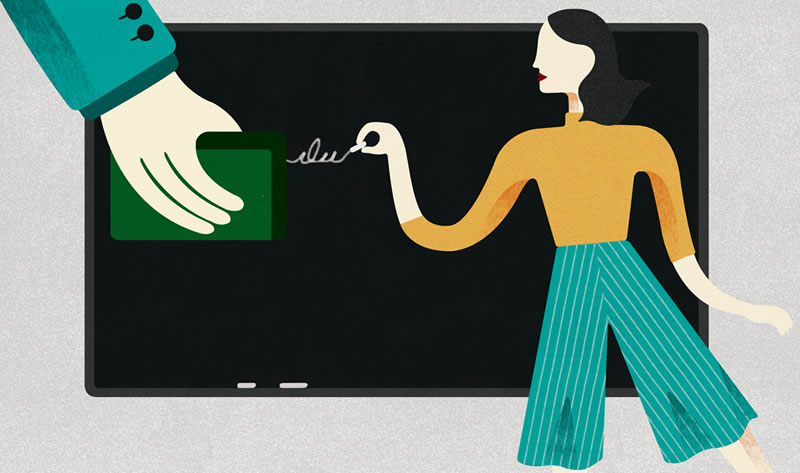 This month, public school teachers from the state of São Paulo announced the end of their three-month-long strike — without any of their demands having been met. For the first time since it began, the strike reached the front page of a major newspaper; it had been mostly neglected until then. The headline declared: “Defeated, São Paulo’s Teachers Put an End to Their Strike.”

It was the longest teachers’ strike in the state. They maintained to the end their demand of pay parity with other college-educated professionals — which would ultimately have meant a 75 percent salary increase. This is a steep rise in public salaries, but the parity principle is part of the National Educational Plan, a law adopted last year with support from President Dilma Rousseff. According to that plan, parity is to be achieved by 2020.

The teachers also demanded smaller classes, with at most 25 students. The secretary of education stipulates a maximum of 40 students in high school classes, but last February, at the beginning of the school year, there were accounts of classes with 85 or 95 enrolled students. As if that weren’t bad enough, the state government shut down more than 3,000 classes this year, according to the teachers’ union for São Paulo State.

For a 40-hour workweek, professionals with a graduate degree who teach fifth to 12th graders earn a base salary of $770 a month, or $9,240 a year. And this is the best scenario; those who teach for elementary school (first through fourth grades) earn $8,100 a year. The extra hourly wage for teachers in the upper grades is $3.80, less than half what a fast-food worker earns in the United States. Let me stress the point: They are paid around $4 for teaching a whole class of 40 students for an hour.

The protesters also complain that the government does not follow a law that mandates one-third of the working hours to be spent in activities outside the class, such as marking exams and preparing for class.

Bad as they are, these working conditions apply only to teachers officially hired by the state; of the 251,000 teachers in São Paulo, about 57,000 (or 23 percent) are temporary employees, without regular civil-service protections, retirement pensions or health care. After the initial one-year contract, a temporary teacher must stay off the job for 40 days; after the second year, the obligatory withdrawal increases to 200 days — more than six months of unemployment for each year of work. This approach has been used since 2009 to avoid classifying the temporary employees as permanent civil servants with regular labor protections.

The strikers also wanted the government to reduce restrictions concerning sick leaves. Teachers often report health problems, a result of the poor working environment. In 2013, 7.3 percent (or 14,340) of the 194,000 permanent teachers in the state were off duty because of medical issues. Official data aren’t available, but according to a union study, depression was the main ailment, followed by anxiety disorders, hoarseness and hypertension.

More than four million students attend one of the 5,300 public schools run by the state of São Paulo. They are mostly poor, since richer families generally enroll their children in private schools, where teachers can earn as much as $16 per hour.

Faced with the demands of hundreds of thousands of teachers, the state’s governor, Geraldo Alckmin, reacted disdainfully. “Every year is the same story,” he said in March. Later, he even denied the existence of the strike. (He also denied the water crisis, though many neighborhoods, mine included, are disconnected from the water supply for most of the day.)

About the strikers’ demands, Governor Alckmin said that the government had already given them a cumulative raise of 45 percent in the last four years. The union, on the other hand, claims that this number includes bonuses that were already paid on a fixed basis, and that the wage raise in the last four years amounts to 29.9 percent at its best. The rate of inflation in this period was 27.7 percent.

Governor Alckmin has also been widely quoted as saying that the wage of teachers in São Paulo was 26 percent higher than the national minimum wage for the category ($620 per month, or $7,440 per year), which is true, though hardly anyone mentioned the fact that the gross domestic product per capita in the state is 48 percent higher than in Brazil as a whole. Governor Alckmin kept saying that the strike didn’t make any sense, and that he would raise the teachers’ wages at the “right time.”

After 13 weeks of strikes and dozens of rallies, the governor didn’t make any proposals to raise the teachers’ salaries. He offered only to extend health care to temporary teachers (through a 2 percent salary deduction) and to decrease their annual 200-day obligatory withdrawal from the job. In the end of May, after struggling in the Superior Court of Justice, Governor Alckmin managed to cut the wages of the protesters, leading to the end of the strike. A few days later, an editorial in a major newspaper proclaimed that the teachers had been demoralized on all fronts.

As if their defeat wasn’t already bad enough.

Two days after beating the teachers, Governor Alckmin’s party announced that he is a probable candidate for the Brazilian presidency in the 2018 election.

Vanessa Barbara is a columnist for the Brazilian newspaper O Estado de São Paulo and the editor of the literary website A Hortaliça.