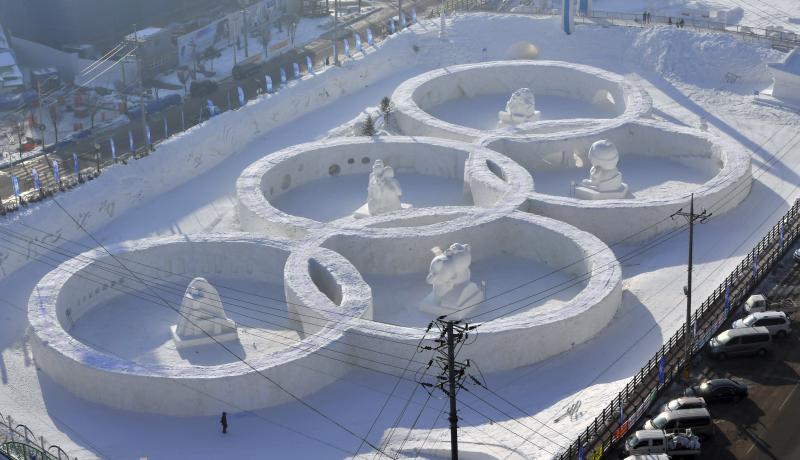 South Korean President Moon Jae-in has used the Pyeongchang Winter Olympics, which begin today, to renew the dialogue with North Korea. The countries have formed a joint women’s hockey team and North Korean leader Kim Jong-un’s sister Kim Yo-jong, who is said to have strong ties with her brother, is attending the opening ceremony.

Such moves appeal to the people who voted for Moon in 2017, as he is widely known as a North Korea-friendly politician and was looking for opportunities to open a negotiation channel with Pyongyang. But his efforts have wider implications for South Korea’s foreign policy, most notably its relationships with Japan and the US.

For North Korea, the ultimate goal is to restart its talks with the US and to try to curb its hostility towards Pyongyang. North Korea is looking to use the opportunity of the Olympics to soften South Korea’s attitude towards its northern neighbour and to find a way to bring South Korea to the negotiation table, thus weakening the US–Japan–South Korea trilateral cooperation which has been pressuring North Korea.

The encouraging attitude and political background of Moon may have emboldened North Korea to pursue such policies. Pyongyang has already secured one concession: the postponement of the annual joint military exercise between the US and South Korea. North Korea’s goal after the Olympics will be to stop this exercise completely.

Alarm at this turn of events may have inspired Japanese Prime Minister Shinzo Abe to accept the invitation from President Moon to attend the opening ceremony of the Olympics, despite the current diplomatic spat between the two countries over the historical issues of ‘comfort women’ during the Second World War. Since he took over the presidency in May 2017, Moon has reopened disagreements on the issue, which were thought to have been settled by the former government, and Abe’s attendance is being heavily criticized within Japan – even by his own ruling Liberal Democratic Party.

Abe’s priority is to preserve the US–Japan–South Korea trilateral cooperation against North Korea. Since he started his presidency, Moon has been hard for Japan to decipher. Although the US, Japan and South Korea agreed to work closely with each other and continue pressuring North Korea, in September 2017 Moon’s government announced plans to give $8 million to North Korea in order to provide humanitarian aid, despite the ongoing missile tests.

For Abe, it looked as if Moon was acting more cordially to North Korea than to Japan. From the Japanese perspective, Moon is the one who is most likely to break the ties between three nations and capitulate to North Korean demands. Abe’s decision to attend the Olympics should be seen in the light of reducing the risk of fracturing the trilateral relationship further.

South Korea is clearly an important ring in the US–Japan–South Korea chain. However, Moon’s stance and recent actions show that it might be a ring which is weak and easily persuaded. Regardless of his political history and leanings, Moon would be better placed if he were to act more strategically as a strong link and provide balance between the US and Japan in their collective efforts to solve the potential crisis with North Korea.