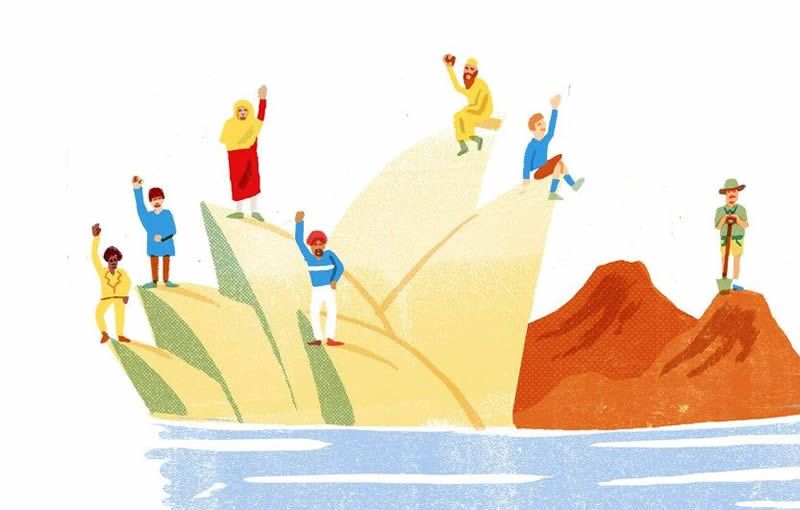 The political fault lines are familiar to any democracy. At election time, the people divide according to location. Those living in coastal cities tend to vote center-left; those in the hinterland are likely to vote conservative. The pattern repeats by age, education and ethnicity. The university graduate and the migrant lean center-left; the retiree and the local-born lean conservative.

The twist in Australia is that these social and economic forces are shaking out in favor of the Labor Party, not the conservative Liberal Party. Australia is decidedly more urbanized and more cosmopolitan than the United States, Britain or continental Europe. This essential difference in cultural makeup has allowed Australia to resist the wealthy world’s lurch to the populist right.

It would have been unthinkable to make this call just a few years ago. Between November 2010 and September 2013, the Liberal Party and its rural-based coalition partner, the National Party, won six of the seven elections held across the country, at the federal, state and territory levels. It was a stunning sequence of successes for the center-right with no precedent in Australian political history.

For the first time, the national Parliament and the parliaments of the three most populous states — New South Wales, Victoria and Queensland — were aligned with newly elected governments from the same side.

Labor supporters were in despair. The party’s popular vote in the 2013 federal election had collapsed to just 33 percent, its worst result since the party split during the Great Depression. In Queensland and New South Wales, foundation states for the labor movements, the conservatives had swept into office with record majorities. In the resource-rich state of Western Australia, the long-term conservative government had just been re-elected in a landslide.

And yet the conservatives have been thrown out of office almost as quickly as they took it. Labor has won five of the past seven elections since November 2014, in a series of upsets that returned it to power in Victoria, Queensland and Western Australia and brought it within sight of reclaiming the federal government as well.

In March, the normally conservative state of Western Australia gave Labor its most decisive victory so far. Labor won 41 seats in the 59-member Parliament, reversing the result of the previous election in March 2013, when the Liberal and National parties won 38 seats. It was the largest majority that Labor had achieved in the state’s history.

The Labor revival may turn out be cyclical, a case of the electoral wrecking ball having eyes only for the government of the day, regardless of party.

But outside of regular swings of the pendulum, Australians have been drifting leftward for 20 years now. In 1996, the Australian Election Study found, typical voters identified a little to the right of center. By 2010, they saw themselves as neither right nor left, and in 2016, they were to the left of center.

The key to unlocking the shift in attitudes is the 26 years of uninterrupted economic growth in Australia. It has unleashed the two reinforcing demographic trends that tilt an electorate to the left: booming cities and mass migration.

In 1996, Sydney, Melbourne, Brisbane and Perth accounted for just under 55 percent of Australia’s population. But they were responsible for 70 percent of the nation’s population growth over the next 20 years.

Almost 90 percent of Australians live in urban areas today. In the United States, the figure is 82 percent, in Britain 83 percent.

As the big cities grew, their ethnic mix changed from Anglo-Celtic and European to Eurasian.

In 1996, the population had 13.2 million locally born Australians and 4.5 million overseas-born. English-speaking migrants from Britain, Ireland, New Zealand and South Africa numbered almost 1.5 million, or a third of the total. The European-born accounted for another one million, while the Asian-born were just under 860,000.

Twenty years on, the Asian-born are Australia’s largest immigrant community at 2.6 million. People from the four English-speaking countries number 2.1 million, while those from continental Europe are at 1.1 million. The new arrivals from China and India are increasingly likely to land in major cities in relatively high-income areas once held by the Liberal Party.

Migrants are now about 29 percent of Australia’s population. This is more than double the number of the overseas-born populations in the United States and Britain.

Their political presence is understated. The diversity of the migrant population ensures that no one ethnic group is large enough to influence elections on its own. In fact, migrants are no more engaged in politics than the local born, which is to say, they are disengaged.

But migrants can rally to defeat policies that scapegoat them. Muslims, Jews, Asians and Europeans united this year to oppose Prime Minister Malcolm Turnbull’s legislative push to water down the Racial Discrimination Act. The legislation was defeated in the Senate in March.

An early sign of the ability of immigrants and urban dwellers to redraw the political map came in 2007 when Chinese and Indian Australians helped defeat the Liberal Prime Minister John Howard in his own seat of Bennelong, in Sydney’s affluent northwest.

The only country comparable to Australia may be Canada, where Prime Minister Justin Trudeau’s election suggests a shift to the left. Canada is the wealthy nation closest to Australia in ethnic makeup. One in five Canadians is born overseas, a figure that sits between Australia at one end of the spectrum and the United States and Britain at the other.

But Australia has no Justin Trudeau waiting to carry the torch for the progressive side of politics. The current leader of the Labor Party, Bill Shorten, is just as unpopular as Mr. Turnbull.

The paradox of Australia’s leftward turn is the political system has yet to fully catch up to it. The Liberal Party is divided between conservatives and pragmatists, while Labor has calculated that the safest path back into office is to attack the conservatives without offering radical alternatives.

George Megalogenis is a commentator and the author of, most recently, Australia’s Second Chance.