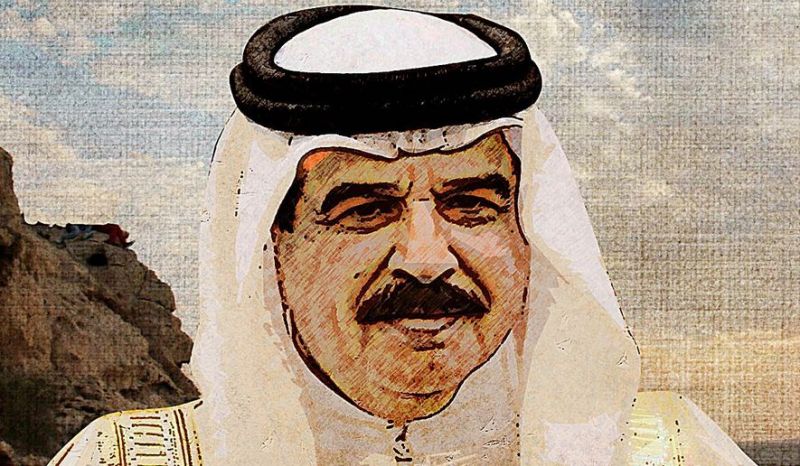 This month marks the fourth anniversary of the so-called Arab Spring. The chaos in Syria, Yemen, Iraq and Libya suggests that for the most part this desire for change has led to more, not less, instability in the Middle East. Luckily for the United States, chaos has not affected the Kingdom of Bahrain, and this reliable military, economic and diplomatic partner of America has weathered the storm.

The fundamental reason why Bahrain has transitioned through the tumult of what some are now calling the “Arab Storm” is the leadership of King Hamad Al-Khalifa. By practicing good governance, this U.S.-educated monarch has prevented his country from becoming another failed state. And yet, despite this demonstration of prudent statecraft, some in our media and foreign policy elite continue to single out Bahrain’s leadership for criticism.

A major flaw in this criticism of Bahrain’s leadership is that it lacks perspective. A more apt question to ask is: Has King Hamad practiced good governance? In other words, has he succeeded in providing the people of Bahrain with security, an environment for economic growth and a culture of religious tolerance, while at the same time contributing to global security?

On all counts King Hamad has practiced good governance, and herein lies the real reason why on the fourth anniversary of the so-called Arab Spring, Bahrain remains an island of stability in the midst of the ongoing chaos that continues to engulf the region.

In February 2011 demonstrators took to the streets of Bahrain to express their legitimate grievances. Senior Bahraini officials admit that initially some mistakes were made in dealing with these demonstrators, who were demanding better-paying jobs and equal representation in the security forces.

Enter King Hamad. Understanding that the monarchy is a bond between a king and his people, he immediately opened a dialogue with the opposition and appointed a third party to inquire into the aggressive tactics of the security forces. Soon, however, the opposition was co-opted by more extreme elements, and the Iranian regime, sensing an opportunity to topple the pro-Western monarchy, intervened by providing moral and financial support to some in the opposition. The regime’s propaganda machine started referring to Bahrain as Iran’s 32nd province.

Sensing an imminent threat to the national security of his country, King Hamad appealed directly to the people of his country to rally around the flag in order to prevent instability and the creation of an Islamic republic beholden to Tehran. Indeed, the people responded to their monarch’s call for unity. For good measure, and not to be out-muscled by his menacing neighbor, King Hamad invited Saudi National Guard troops to enter Bahrain as a balance against any further intervention by Tehran.

As anti-government demonstrators tried to destroy the economy with boycotts and violence, Bahrain’s gross domestic product hit an all-time low of minus 2.9 percent. Sensing that joblessness among Bahrainis would be as much of a threat to his nation as intervention by the ayatollahs, King Hamad opened the doors to foreign investment and put out the red carpet for investors. As a result, GDP growth in Bahrain reversed its slide and since the end of 2011, has averaged around 4.7 percent. American companies were able to invest their capital and create jobs in Bahrain.

In addition to creating a climate of stability and reigniting Bahrain’s economic growth, throughout these past four years — and indeed, well before 2011 — King Hamad practiced religious tolerance. While the opposition played the sectarian card of Sunni versus Shia, King Hamad went about addressing the challenges facing his country in the context of respect for all Bahrainis, irrespective of their faith. Indeed, one does not sense any differentiation by the king of whether a Bahraini is Shia or Sunni. Not surprisingly, King Hamad is popular and loved by ordinary Bahrainis because he has not played the religious card of sectarianism, pitting the majority Shia against Sunnis.

Finally, in the midst of serious domestic upheaval and foreign intervention, King Hamad never turned his back on Bahrain’s 60-plus years of alliance with the United States. Not only did he extend the lease on the U.S. Navy’s base in Bahrain, but King Hamad provided more land for expansion of the Fifth Fleet, which is tasked with the protection of the waterways of the energy-rich Persian Gulf. Herein lies King Hamad’s contribution to global security: While the United States does not worry much about the threat to oil supplies owing to its near energy self-sufficiency, we are economically linked to the world, and much of the world is linked to Persian Gulf oil and gas. It is, therefore, not surprising that former Chairman of the Joints Chiefs of Staff Admiral William Crowe once noted: “Pound for pound, Bahrain has been and continues to be America’s best friend in the region.”

At a time when America needs stable and reliable allies to counter the myriad threats emanating from the Middle East, we are very lucky to have a friend in King Hamad, whose stewardship of Bahrain’s challenges since 2011 has kept both his country stable and enhanced global energy security. The king deserves America’s gratitude.