In recent years we have seen plenty of studies of the impact of fast food on our bodies. But what about our psychological health?

It stands to reason that fast food would have an effect on our mental state. From its production to its consumption, fast food both embodies and symbolizes speed and instant gratification. Moreover, through extensive franchising and large advertising budgets, fast-food companies shape many of the cues in our everyday environment.

While the ubiquity of fast food is undoubtedly driven by consumer demand for instant gratification, it may also play a role in exacerbating that very impatience — and not just for food, but in many facets of our lives. 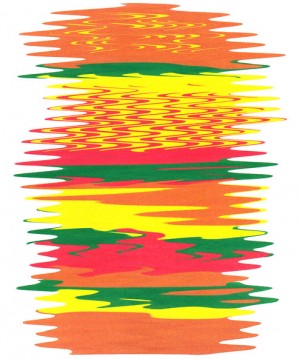 In a series of recent papers, I joined two of my colleagues at the University of Toronto, Julian House and Chen-Bo Zhong, in examining this question. We began our experiments by prompting participants with reminders of fast food, like pictures of fast-food logos or having them recall recent experiences of eating fast food. We then gave them a number of tasks to complete.

Across several studies, we found that thoughts of fast food spurred participants to hurry through reading a paragraph describing their city; express a greater desire for timesaving products; report less happiness from savoring a beautiful opera duet; and save less for tomorrow.

These findings — that our associations with fast food can induce greater impatience — are interesting in their own right, but they are especially important because of the pervasiveness of fast food in our modern environment.

We also took our investigation a step further, to consider whether the prevalence of fast-food restaurants in our neighborhoods might undercut our well-being.

There is a lengthy epidemiology literature demonstrating a link between the number of fast-food restaurants and obesity. While the consequences of fast food for our health seem quite obvious, we wondered what these same methods might reveal regarding impatience.

In one study, we tried to measure people’s tendency to savor a variety of realistic, enjoyable experiences, and then correlated their responses by their ZIP code. Using census data, we then charted the concentration of fast-food restaurants versus sit-down restaurants per ZIP code.

We found that the more prevalent fast-food restaurants in the neighborhood were, the less likely respondents were to report savoring a set of experiences, even when controlling for economic factors of the individual and the neighborhood.

We also examined whether there might be converging evidence for the prevalence of fast-food restaurants and financial impatience. To do so, we obtained geographically coded data from respondents in a large, nationally representative data set maintained by the Bureau of Labor Statistics, which included a question about how much more money a respondent would demand to delay receiving $1,000 by a month. (The more people demand to delay receiving the reward is a standard measure of how financially impatient they are.)

Admittedly, the correlation of fast-food restaurant prevalence with greater financial impatience was small. But it became more robust when we controlled for a host of other variables both at the neighborhood level (median household income and population) and individual level (ethnicity, education, income and net worth).

This evidence corroborated our findings, but we worried about alternative explanations: for example, that these relationships could be driven by impatient people choosing to live in neighborhoods that have a higher concentration of fast-food restaurants.

To address this concern, we turned to data from a nationally representative panel where we could follow households over a decade. That allowed us to see whether changes in the prevalence of nearby fast-food restaurants were associated with changes in people’s savings. And in fact, controlling for different variables, that’s exactly what we found.

It is always tricky to draw causal conclusions from such survey data, even when it covers a long period of time. But when you look at these results in the context of the experimental data, it suggests a clear relationship between fast food and impatience.

While there’s no doubt that we’ve become more impatient as a society and that there are many factors that have contributed to it, our research highlights the need to think more explicitly about the subtle cues in our everyday living environment. Put differently, one important step you can take to nudge yourself toward being more patient would be to live in a neighborhood that doesn’t constantly bombard you with reminders of instant gratification.

At the same time, policy makers would do well to expand their concerns about the public-health consequences of fast food to include the psychological as well as the physical. It would do wonders not just for our waistlines, but for our savings accounts, too.

Sanford E. DeVoe is an associate professor at the University of Toronto’s Rotman School of Management.