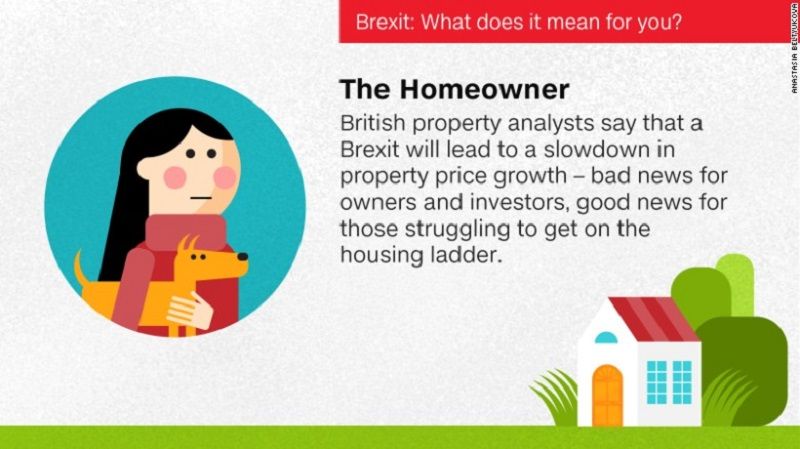 Six months ago, Britain voted to leave the EU. How is it working out?

Well, the United Kingdom ends 2016 as the fastest-growing G7 economy, according to the IMF. British stocks are the best-performing in Europe. Unemployment keeps falling. Major firms — GSK, AstraZeneca, Lidl,

Sorry, chaps, but that’s not what you said at the time. The line taken by the Treasury, the Bank of England, the IMF and virtually every international agency was that the act of voting to leave the EU would cause an immediate economic shock.

George Osborne, then the British chancellor and prominent Remain campaigner, said that there would need to be an emergency budget within days to raise taxes and cut spending by £19 billion — a plan that was dropped right after the vote.

Mark Carney, the governor of the Bank of England, predicted «a technical recession» — that is, a contraction in two successive quarters. In fact, the economy expanded by 0.5% in the three months to September and seems to have expanded again during the quarter now ending.

The IMF, having predicted disaster, has been ticked off by its own watchdog for being so obsessed with European integration that it failed to be neutral.

Things may change, of course. Indeed, if we give it long enough, there is bound to be a cyclical downturn. But we should assess the gloomy long-term forecasts in the light of the same people’s short-term forecasts. The central prediction of UK economists was that unemployment would rise by 9,000 a month in the three months after the vote; it, in fact, fell by almost exactly that amount.

Some 71% of economists surveyed by Bloomberg right after 23 June predicted a recession in 2016. How’s that working out?

Is it not at least possible that some forecasters, especially those in mega banks and international bureaucracies, allowed their emotional investment in the European project to color their predictions? All human beings do this: psychologists call it self-serving bias. It would be odd if Treasury officials or OECD functionaries were uniquely immune.

Countries outside the EU keep indicating that they want free trade deals with the UK. Outside a relatively protectionist customs union, Britain can open its markets, including in traditionally protected sectors such as food and textiles, benefiting its own consumers while revitalizing the world trading system.

Although many overseas media (including CNN, I’m afraid) have tended to portray the Brexit vote as nativist or protectionist, the new Prime Minister is very clear that she now wants Britain to be, as she keeps putting it, «the global leader in free trade.»

An open British economy will benefit everyone: the UK itself, the remaining EU 27 and the other 165 states now able to sell more easily into one of the world’s largest economies.

Obviously, this outcome depends on keeping our trade links with the rest of the EU, and I am optimistic that this will happen. My guess is that we will end up in a close arrangement that stops short of membership, perhaps something along the lines of what Switzerland does today.

Think of the relationship between Canada and the United States. Canada has a political federation on its doorstep, with which it enjoys the closest possible intelligence, military, diplomatic and commercial ties, while remaining outside the federation.

The narrowness of Britain’s vote — 52% to 48% — dictates a moderate course. Such a marginal result is not a mandate to sever our links with the EU; it is a mandate for a phased and gradual repatriation of power. Having taken back control — that is, having ended the automatic primacy of EU over British law — we will almost certainly replicate some of our current arrangements through bilateral treaties.

Why should the EU allow us to remain in the common market while opting out of other things?

I could be wrong, of course. Perhaps I am suffering from a self-serving bias of my own. Perhaps my cheerfulness is misplaced. Perhaps our European allies will act, not out of self-interest, but out of spite.

If so — and, to repeat, I don’t think this at all likely — then we have the ultimate proof that the EU is dysfunctional. An international association that has to threaten members to deter them from leaving is not a club, but a protection racket. If this happens, it would confirm that staying in is madness.

When people argue that the EU cannot give Britain a better deal than it currently has, they implicitly concede that leaving could be better than staying. Surely the rational course, then, would be to offer a better deal to all EU states, not just to Britain — that is, to allow any member state a market-only option, leaving the federally-minded countries to push ahead on their own.

I remain as upbeat as I was on 24 June. Sure, there will be bumps on the road. That is intrinsic in any change. When you move from a dingy flat to a handsome new house, the move itself is still tedious. But 10 years from now, I expect to see a prosperous, global Britain, interested and engaged in the affairs of every continent, including Europe.

I look forward to having an open, deregulated economy, welcoming the traffic and commerce of the world. I hope to have the warmest of relations with our European allies, based on trade and friendship, not political amalgamation. We’ll wonder why it took us so long to leave.

Daniel Hannan is a writer and journalist. After 17 years as a member of the European Parliament, campaigning for British withdrawal from the EU, he succeeded in abolishing his job in the Brexit referendum on June 23. The opinions in this article belong to the author.