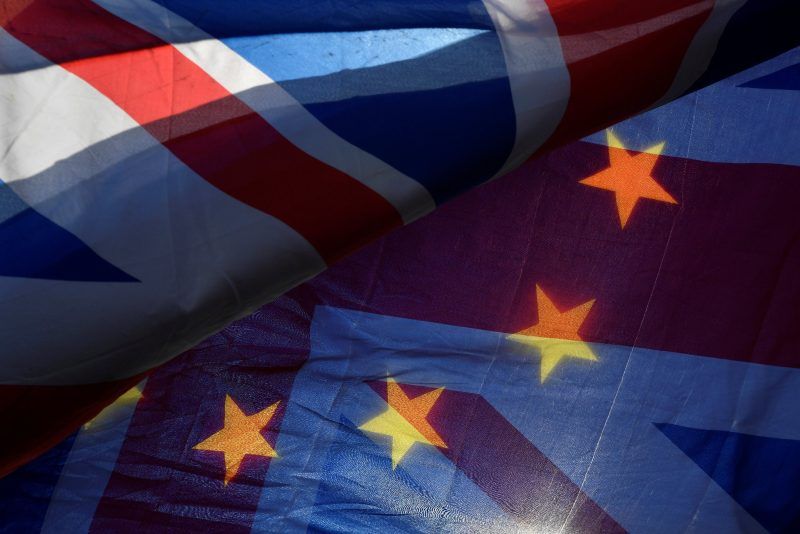 I learned by mail the other day that Brexit poses a risk to my life insurance. My Britain-based insurance company, unsure about whether it would legally be able to cover European Union citizens like me once Britain leaves the 28-nation bloc, wrote me that it intends to transfer my policy to a subsidiary in Dublin.

So far, most of the news and commentary about Brexit has been over how London and Brussels are going to manage their unprecedented divorce. Less attention has been paid to how European governments, companies and everyday citizens are wrestling with the hundreds of ways things will change for them at 11 p.m. on March 29, when Britain officially leaves the union, with or without a deal in place. My insurance transfer is just one answer to a particularly difficult question: What happens once the hundreds of millions of European Union citizens are cut off from Europe‘s most powerful finance pump, the City of London?

At the moment, it looks possible that all this will happen in the worst possible way, with no arrangement in place between Britain and the union on how to manage the separation. Theresa May, the British prime minister, is likely to fail with her draft for transition regulations; too many members of the House of Commons seem to feel that her proposed withdrawal agreement, which she negotiated with Brussels, does not go far enough. But the European Union insists that it will not revisit the deal.

As a result, one minute Britain will be a part of the union; at 11:01 that evening, it won’t. It’s like, in split second, chopping off all branches of a tree and watching what happens to the tree and to the community that used to draw a share of its fruits.

With no deal, trade relations between Britain and the European Union would revert to the very basic rules of the World Trade Organization. These entail that neither side is allowed to treat the other more favorably than they treat other trade partners around the globe. If Britain steps out of the union without any bilateral trade deals, a customs regime would have to be installed between Britain and its European neighbors. In the interim, thousands of businesses on both sides, and millions of customers, will be thrown into a costly confusion. At least my insurer has a plan; many other companies are still struggling to find one.

The old, once-amusing British headline “Fog in the Channel — Continent Cut Off” could finally come to bear some truth, particularly for Germany‘s key industry: automakers. Within Europe, Britain is by far their biggest market. Last year auto manufacturers based in Germany exported three times more cars to Britain than they did to China, according to their trade association’s data. The auditing firm Deloitte believes that the number of German cars sold to Britain could drop from 800,000 to 550,000 annually, endangering 18,000 German jobs.

The auto industry is a great example of just how complicated and messy a “hard” Brexit will be. It’s not just that fewer British customers will buy German cars. It’s that well-established, just-in-time-supply chains could be destroyed. As The Guardian reported, the crankshaft of a BMW Mini crosses the Channel three times before it becomes part of the finished car: The cast is made in France, then goes to a BMW plant in Warwickshire where it is drilled, then it travels to Munich where it is set into the engine. The engine finally is shipped back to the Mini plant in Oxford, to be mounted into the car. With a customs regime in place, all those cross-Channel trips will become much more expensive.

Brexiteers claimed that Britain could shake off the union’s principle of free movement of people yet somehow maintain the usual level of free trade with the continent. Those were pipe dreams. So were expectations that as the hour of Brexit approached, the European Union would bow to Britain’s demands.

Despite the damage Brexit will cause in the remaining 27 countries of the union, they are unflinching in their message to London: This will be painful for both of us, but we can’t let you change the rules. Germany, which sells far more cars to the rest of the union than to Britain, has insisted on this hard line throughout the talks. Germany doesn’t want to lose British buyers, but it can’t afford to undermine the common-market structure that undergirds its sales to the rest of Europe.

And even if Germany were willing to budge, the more important question is where. No one in Berlin now knows what else to give to Mrs. May to overcome Parliament’s resistance to the withdrawal plan. Chancellor Angela Merkel reportedly asked Theresa May for insights at the last Brussels summit but, as on previous attempts, got no detailed answer.

Consider this, though: What if Mrs. May actually wants her agreement to be voted down? Parliament would then have to deal with the Brexit mess itself. And, as things stand, none of its members want a hard Brexit, either. Aside from the hard-liners, the closer the Westminster lawmakers are pushed toward the abyss of Brexit and the clearer they see the horrors of it, the more they are coming to embrace a third option: give the vote over Brexit back to the people through a new referendum.

This would of course hurt the credibility of democracy. Hard-line Brexiteers would bemoan the betrayal of the majority who voted Leave in 2016. The rift that runs through the country could get deeper and even more difficult to heal.

But it’s either allow a second vote or face a free-fall — without a safety net ­— into an economic void. Choose your poison, Britain. But before you do, take out some life insurance. I can recommend a firm, now based in Dublin.

Jochen Bittner is a political editor for the weekly newspaper Die Zeit and a contributing opinion writer.