There is something almost reassuring about the enduring ability of the British establishment to place itself beyond parody. This month, as the government announced an inquiry into historical allegations of child sex abuse by leading political figures, Parliament pushed through a broad surveillance bill with the justification that tapping everybody’s cellphones would, among other things, help the state catch pedophiles.

The Westminster inquiry will investigate not just the rape and assault of children at group homes going back decades but also accusations that child abuse by politicians and other public figures was deliberately covered up or even facilitated by members of the elite. The same Parliament has, it seems, spent 30 years failing to catch the pedophiles in its own house. Before the inquiry was even announced, it emerged that 114 files concerning allegations of abuse against children involving senior political figures had mysteriously disappeared.

The tradition of the British establishment’s looking after its own is only now understood to its full and chilling extent. 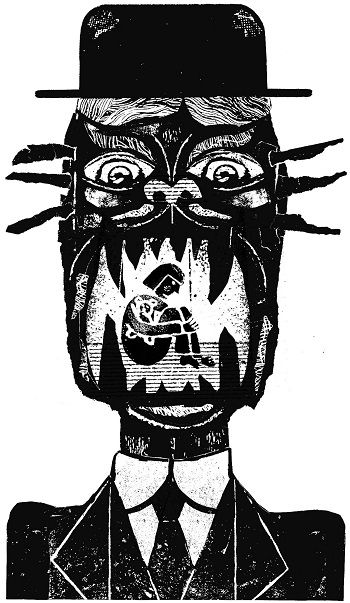 In Britain in 2014, it is no longer a shock to see the face of a once beloved celebrity or well-known politician on the news in connection with pedophilia. During the past two years, the press has been peppered with reports of allegations and prosecutions of all manner of public figures, from politicians and pop stars to television hosts and senior staff members at exclusive private schools.

The saga began in 2012 when it was revealed that Jimmy Savile, a former children’s television host and charity campaigner who died in 2011, had raped and sexually assaulted hundreds of children. This was a seismic event: A BBC staple, Mr. Savile was an entertainer with the household currency and cultural centrality of Johnny Carson or Oprah Winfrey.

Worse, it became clear that a large number of people in show business knew about this abuse and did nothing because of Mr. Savile’s power and prestige. The entertainer, who was a friend of Margaret Thatcher, used his status to gain access to vulnerable young people in schools and even hospitals.

The posthumous disgrace of Jimmy Savile was just the beginning. A series of other public figures have now been accused or convicted of sexual offenses involving children. Among them was a once respected Liberal member of Parliament who died in 2010, Cyril Smith, who abused boys in a children’s home in his constituency. Those boys grew up into traumatized men who told the police about the “fat man” they were forced to sexually service before they were 10 years old.

What links all these convicted or alleged predators of children is not background or upbringing. Mr. Smith started out as a clerk in a tax office, while Mr. Savile first worked as a miner. Paul Gadd, previously convicted but now facing fresh charges, found fame as the singer Gary Glitter, but was brought up by an unmarried mother who worked as a cleaner. Rolf Harris, recently jailed, was an Australian animator who became a successful performer in Britain. What united them was power and access — and a sense of entitlement, acquired from Britain’s traditional elite, that came from the knowledge that their reputations were too great for them to be held accountable.

During the 1970s and ’80s, the political establishment increasingly sought to bolster its legitimacy by cultivating the rising ranks of radio D.J.s, TV celebrities and popular entertainers, co-opting their appeal at photo opportunities and charity galas. All the while, the rumors about Mr. Savile, Mr. Harris and others were suppressed or dismissed, their libertinism privately excused as privileged eccentricity — as if fondling 9-year-olds were no different than a fondness for Napoleon brandy. The culture of secrecy remains in place, as does a climate of fear.

In many cases, investigation by the authorities was deliberately deflected. Nowhere is this truer than at Britain’s top “public schools,” as the private secondary, usually boarding, schools are known. In these, a culture of bullying and sexualized violence has been understood for more than a century as part of the process of training young men to be leaders. Teachers at 130 of these schools have been implicated; several schools are under criminal investigation by the police.

“Nobody said anything about it, for the same reason that people were mercilessly bullied and that wasn’t dealt with,” one former St. Paul’s student told me, on the condition of anonymity. “Public schools are built on the idea that it’s good for you to be abused while you’re young, so that you toughen up for when you go out and run the empire. That’s the point.”

The author Edward St. Aubyn has written scathingly about how child rape and a culture of emotional sadism were tolerated, even enabled, within aristocratic families like his own. The journalist Alex Renton told me, “That’s how you get the elite we’ve ended up with,” in discussing his own experience of sexual abuse in what he calls the “platonic forcing house of great Englishmen.”

“Hurt people hurt people” is not supposed to be a political program. That victims of child abuse often grow up to replicate that abuse, to become bullies or tyrants or covert sexual predators, has long been understood as a human tragedy. Only in Britain does it seem to have been the intrinsic psychology at the dark heart of the governing elite.

Britain’s child sex abuse scandal is not a conspiracy. A conspiracy, even an organized cover-up, could be exposed as a one-off criminal disgrace. What’s happened in Britain — and has for generations — is bigger than a conspiracy.

It is a culture of complicity that cuts across every major institution in public life: from Parliament to the police, from broadcasters to charities, from public schools to children’s homes. It operates on the tacit understanding that the rich, the powerful and the famous are permitted to exploit and hurt young people, sure in the knowledge that the elite will look after its own. Thus the scandal cuts to the bone of what sort of society Britain understands itself to be.

There are more revelations to come. Whether an honest accounting and atonement can be made for these crimes will depend on the price the British establishment places on its integrity.

Laurie Penny is a contributing editor at The New Statesman and the author, most recently, of Unspeakable Things: Sex, Lies and Revolution.