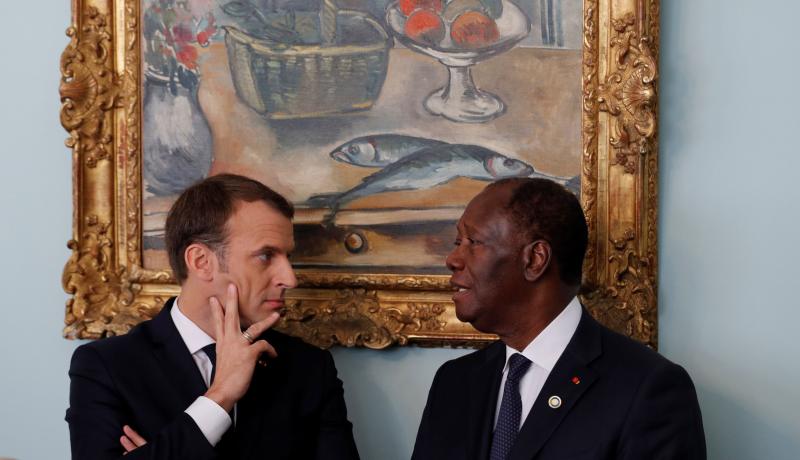 There is no doubt that Brussels policymakers and many European leaders recognize the need to move the EU’s relationship with Africa away from the ‘traditional’ donor–recipient dynamic, towards a genuinely fresh and respectful relationship. The two continents are close neighbours, with many shared interests and shared problems. Forging such a new partnership was the emphasis in the run up to the African Union-European Union summit, held in Côte d’Ivoire on 29–30 November.

The European Parliament invited a wide range of Africans to a pre-summit conference in Brussels. However, at a parallel pre-summit gathering in Abidjan, African concerns were manifest: that, even as it talks of partnership, the EU continues to set the agenda, often fails to consult its African partners and remains stuck in a post-colonial mentality. There was also widespread feeling that the dialogue framework and monitoring mechanism established to oversee relations were too weak.

There was nonetheless recognition that Africa has remained high on the EU’s agenda, despite the many challenges demanding attention in Brussels, and that while African countries are becoming more assertive and diversifying their international and trade links, the Africa–EU relationship remains very important.

The future direction of the Africa–EU partnership will largely be shaped by the agreement that will replace the Cotonou Accord, which expires in 2020. Talks are due to start in coming months. African leaders will need to be more strategic in shaping the agenda of any nascent partnership to reflect the continent’s own development goals and ambition for structural transformation, as set out in the African Union’s Agenda 2063. And the talks will have to learn from the troubled recent history of negotiation over Economic Partnership Agreements between the EU and groups of developing countries, as well as lingering African suspicions over European good faith.

Tone is absolutely critical if Africa and Europe are to forge a genuine partnership. A thoughtless offhand remark or ill-judged attempt at humour can undermine serious diplomatic effort. Yet at the same time, if Africa and Europe are to achieve real progress, leaders have to move beyond diplomatic platitudes and engage in genuine debate over matters that are often difficult and contentious – and recognize the realities of political and public opinion in both continents.

For example, whatever the monetary and economic merits of the CFA franc system, the reality is that young francophone West Africans are increasingly sceptical about the currency’s link to France. In a speech at the University of Ouagadougou in Burkina Faso, French President Emmanuel Macron was quick to remind his audience that he has to answer to a French public who see their soldiers risking their lives in defence of the Sahel, just as – he had the grace to note – African soldiers had come to help France in the First and Second World Wars.

A need for leadership

So, on all sides, today’s climate is one that demands sensitivity, awareness and brave political leadership. The transformation of warm words into practical reality will mean tackling issues about which AU and EU member states have starkly different outlooks and interests, and overcoming internal disagreements between members of the respective blocs.

There are of course questions where both continents are in broad agreement over what needs to be done – tackling climate change, or fighting terrorism in the Sahel and the Horn. These are not easy to deal with, but the AU, EU and their member states seem to agree over the tools required, such as the new G5 Sahel military force.

However, migration, – one of the key drivers for the EU’s new call for strategic partnership with Africa – is high on the list of difficult conversations. Currently 70 to 80 per cent of African migration is taking place within the continent, but outward migration is growing fast. This has become a primary concern for European countries still battling high unemployment rates among young people, inequality and populist parties that are attracting voters on anti-immigration sentiment.

The EU is not prepared to accept all informal economic migrants. But for African governments, agreeing to cooperate in migrants’ return home has become a matter of huge sensitivity. When Dutch foreign minister Bert Koenders claimed to have struck such a deal with Mali in December 2016 he was furiously rebutted by Bamako, forcing an embarrassed retreat.

Africa’s population is also projected to double by 2050, and is very young – 60 per cent of the African population is currently below 25 years of age – and frequently unemployed. Despite enjoying fast economic growth in the past decade, African economies have failed to create the volume of jobs needed to offer these young people an economic future. Unless this is remedied, there is fear among EU governments that, as Africa’s closest neighbour, Europe will continue to be a destination of choice for most African outward migration.

Securing a future for the young

Both the AU and EU acknowledge that more needs to be done to provide a real future for Africa’s young people. The European Development Fund has been an essential source of funding, but development aid alone will not be sufficient. Private sector investment to complement official aid will be vital to create the necessary quantity of jobs, and will require the emergence of a stronger and more dynamic African private sector.

This in turn demands placing reinvigorated trade and investment at the heart of Africa–EU relations. It is only through supporting private sector growth and scaling-up of African businesses that the volume and quality of jobs needed to address Africa’s unemployment challenge can be addressed. Not only would success on this front minimize the outflow of economic migrants to Europe, but it would also help draw the poison of decades of one-sided donor–recipient relations, and move the relationship towards a genuine partnership.