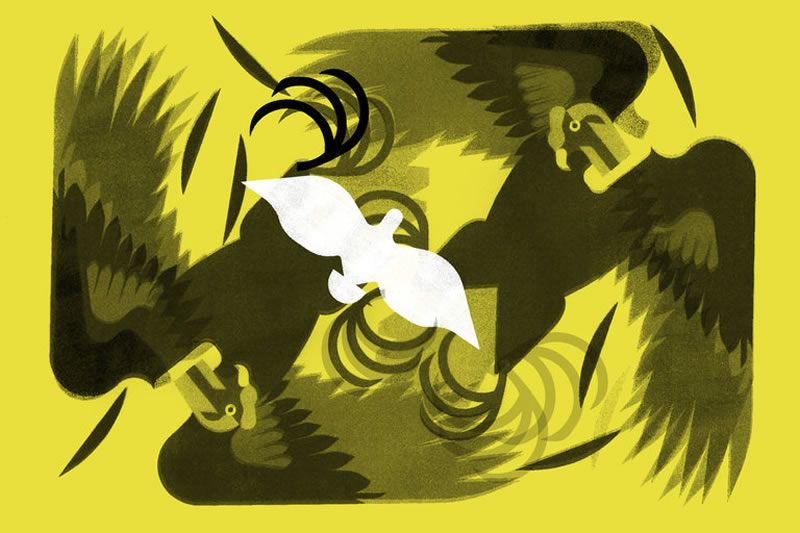 The president of Colombia, Juan Manuel Santos, reacted to his defeat in Sunday’s peace deal plebiscite by calling on all sides, and especially former President Álvaro Uribe, to open a dialogue that eventually would lead back to the negotiating table.

Even if this happens, an acceptable version of the peace agreement between the government and the guerrillas — the Revolutionary Armed Forces of Colombia, or FARC — is uncertain. It will mean redefining the terms of the pact between leaders with opposing views of Colombia’s future.

The vote was not just against 297 pages of hard-to-read small print and a discredited FARC, but also against a president who has seen his popularity plummet, undermined in part by the relentless opposition of Mr. Uribe, his former ally. This has been a key obstacle, though not always a visible one, in the search for peace these past four years. The war is not only against the FARC; it is also a struggle inside Colombia’s political elites. And although the FARC has promised not to break the bilateral cease-fire, if the opponents of peace refuse to compromise, they risk driving the guerrillas back to armed conflict and drug trafficking, leaving the country’s poorest regions mired in violence.

Within months of Mr. Santos’s inauguration in 2010, Mr. Uribe began to attack the new president. He accused Mr. Santos of treason for abandoning his security policy. The main tool he used was Twitter, criticizing the Santos administration daily to his 4.5 million followers. His favorite strategy was to question any peace talks with the unpopular guerrilla forces, claiming the dialogue was a step back for democracy and security. The president, Mr. Uribe argued, had surrendered to “Castro-Chavismo,” referring to the alliance between the Cuban and Venezuelan governments. This unyielding vilification machine helped Mr. Uribe rebuild his political brand, shape public opinion and inflict enduring damage to his successor’s image.

In addition to allowing him to stoke latent fears of a society suffering from 50 years of internal armed conflict, the peace agreement gave Mr. Uribe an opportunity to exploit the feelings of conservative Catholics and Protestants, who have been upset with the president’s liberal attitude on issues such as same-sex marriage and campaigns that foster tolerance toward L.G.B.T. people. In other words, the peace agreement also became the target of those who feared the efforts to build a more open and progressive society.

Mr. Santos has been unable to capitalize on the substantial improvements in security achieved over the past few years under his administration. He did a poor job in selling the most controversial aspects of the agreement, such as transitional justice for the guerrillas, military members and civilians involved in human rights violations. As a consequence, the political environment during the plebiscite campaign was marked by severe polarization and distrust fanned by threatening rumors spread through social networks.

With this new crisis, civil society, particularly a younger generation committed to peace, will call for securing the advances made by years of careful negotiations. The guerrillas must not return to terrorism. Peace must be established in the poorest regions most affected by violence. There must be no more victims.

Yet the coming negotiations will be extraordinarily challenging because the guerrillas may make new demands, because the government negotiating team is worn out, and because the deal could become a battleground in the struggle for power in the 2018 elections. The negotiations could also lead to more complicated, hard-to-predict outcomes, such as a call for a constituent assembly to broaden the scope of the accords, which is favored by the FARC and seemingly by Mr. Uribe. A new process would be an opportunity for him to include other themes in the debate, such as education, gender equality and presidential re-election. If Mr. Uribe ultimately succeeds, he may finally find a way to return to office.

The electorate’s rejection of the peace agreement could lead to a profound political crisis and even bring to a halt the tax reforms needed for funding the peace process. Nonetheless, we should appreciate the concrete achievements made so far. While previous negotiations were marred by violence, there were no deaths this time around. International sponsorship, and the backing of the armed forces, were crucial improvements. Now, to stay on the road to lasting peace, those who opposed the agreement have to be brought to the negotiating table. The FARC has reiterated its backing of the deal. Mr. Uribe has yet to agree to participate, but many of his allies have said that the negotiations need to continue.

Colombia is evenly divided. If it cannot escape from polarization to reach political agreements, it will stagnate as a society, as an economy and as a democracy. The time has come to ask all political leaders to be generous and patriotic, to seek peace and negotiate, so that the war can finally come to an end. A peace agreement can be reached, with both Mr. Uribe and Mr. Santos in the picture, right next to the FARC.

Jaime Abello Banfi is the director of the Gabriel García Márquez Foundation for a New Ibero-American Journalism. This essay was translated by Jacinto Fombona from the Spanish.