“Run!” shouts a voice, captured, for all the world to hear, on cellphone images shot in the seconds after two bombs exploded at Brussels Airport on Tuesday morning. Travelers from around the world flee a shattered building, fearful of more bombs.

The videos from Brussels are a momentous shock, but also a momentous reflection of a state of mind. Run! Get away from this madness.

The bombings, as well as a third inside a Brussels subway car, hit the capital of the European Union at a time when its member states themselves had begun to fear the increasingly shaky supranational construction they had spent decades building. They fear that the union is being pushed into chaos by Germany, its de facto leader, whose bounteous generosity toward migrants is attracting the terrorists of today and tomorrow.

Everyone has his own solution, none of them good. Eastern European leaders have come up with an easy equation: No Muslim immigration equals no terrorist attacks. On Wednesday, Poland said it was shutting its doors. Why, these countries ask, should we be forced to repeat Western Europe’s mistake: preach religious tolerance, embrace multiculturalism and end up with hate-breeding parallel societies? 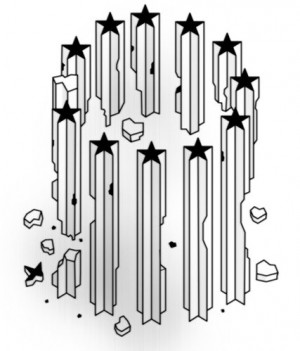 The skeptical British, meanwhile, wonder why they should have to fund, and depend on, Europol, the union’s weak security agency — and have to work with countries like Germany, which seem allergic to any sort of surveillance. Better, they feel, to leave the union, retake control over their own security, and rely instead on the world’s most powerful intelligence alliance, the American-led “Five Eyes.”

And so the detonations continue. Should the British vote in June to leave the union — the so-called Brexit — other nations, such as Hungary and Poland, will be tempted to follow. The European Union could dissipate faster than even its detractors could have dreamed.

So are Germany’s critics right? Is it reasonable to pull up the drawbridge?

In a way, the very question shows the disproportionality of the thought — unless you think it’s worth sacrificing 60 years of peace and international cooperation to the depredations of terrorists. It’s what they want; European disunity, confusion and extremism put them a step closer to the all-out war between Muslims and non-Muslims they so desperately seek.

And yet the opposite of anger, apathy and self-delusion, is also the wrong answer. For the sake of social peace, after the Sept. 11 attacks, and later after the Madrid and London bombings, we told ourselves that Islam and Islamism had nothing to do with each other. But sadly, they do. The peaceful religion can sometimes serve as a slope into a militant anti-Western ideology, especially when this ideology offers a strong sense of belonging amid the mental discomfort of our postmodern societies.

Brussels in particular is a city of bubbles, with parallel communities untouched by any sense of national identity. When I was a correspondent there, the sharp difference between the prosperous city center and its depressed western and northern fringes, where a majority of the city’s poor immigrants live, represented the worst kind of ghettoization. And it mirrored Belgium’s national split, between Dutch-speaking Flemish and French-speaking Walloons, making it difficult to direct allegiance anywhere. As a Walloon socialist told King Albert I in 1912: “Il n’y a pas des Belges” — There are no Belgians.

In turn, Belgium’s predicament mirrors Europe’s. Official Europe has worked hard to move past nationalism, so that there is no German or French Dream. But there’s no European Dream, either, not yet. So new migrants have no spirit to tap into, as they do in the United States. Instead, some Muslims find it more attractive to give their loyalty to Allah, their fellow believers or the Islamic State.

Intelligence services estimate that up to 6,000 jihadists from Western Europe have traveled to join the Islamic State. This enormous figure does not illustrate merely the failures of integration policy. It also shows the failure of mainstream European Muslims to keep their youth immune from extremism.

A result of this mutual apathy is too many Islamists, and too few police and intelligence officers — particularly in Belgium, but not just there. We may have a common European currency, but we still do not have a common European terrorism database. Islamists in Western Europe seem better coordinated than the European authorities hunting them.

There are serious grounds for the alienation between the German chancellor, Angela Merkel, and her European partners. There are many practical things she can do in response, but also some big-picture steps. She should speak honestly about Europe’s illusions, past and present. She should lead Europe past its outmoded data-protection concerns and push for coordination among security services. And she should make integration and opportunity a common value for everyone in Europe — a European dream that is more appealing to immigrants than any afterlife kingdom could possibly be.

Jochen Bittner is a political editor for the weekly newspaper Die Zeit and a contributing opinion writer.