For more than five years, almost every word that I’ve written professionally has been about video games. I used to cover things like presidential campaigns and prison reform. But at some point, video games began to seem as consequential as those subjects, if not more so.

As they became more popular, more profitable and, most important, more powerful as a means of creative expression, video games started to feel to me like the Internet had in 1999: a technology on the verge of washing over our culture and reshaping it wholesale. Millions of people of all ages were playing games. These were boom times, and thanks not just to the mega-studios that produce things like the Call of Duty series, but to countless small, independent developers as well. Game design began to be taught in art schools alongside theater and sculpture. The interactive age had arrived, and video games were its most promising entertainment. 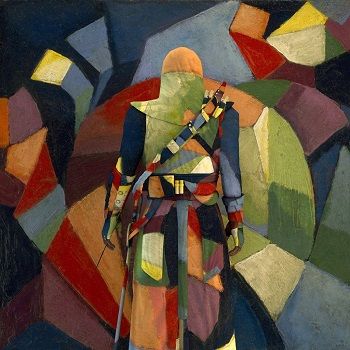 And then came GamerGate. Over the past few weeks, as this inchoate but effective online movement has gathered momentum, I’ve begun to wonder if I’ve made a horrible mistake.

GamerGate — named for its Twitter hashtag — began this summer when Zoe Quinn, the designer of the game Depression Quest, received threats of violence after an ex-boyfriend posted a long diatribe about her on the Internet. Some of the crusaders against Ms. Quinn justified their actions by constructing flimsy conspiracies that she colluded unethically with journalists who write for enthusiast websites about video games.

After targeting Ms. Quinn, GamerGate widened its scope to include others perceived to be trying to cram liberal politics into video games. The movement uses the phrase “social justice warriors” to describe the game designers, journalists and critics who, among other alleged sins, desire to see more (and more realistic) representations of women and minorities. That critique, as well as more accusations of collusion among developers and journalists, attracted some conservative gadflies to GamerGate, like the “Firefly” actor Adam Baldwin.

For all of us who love games, GamerGate has made it impossible to overlook an ugly truth about the culture that surrounds them: Despite the growing diversity in designers and in games — games about bullying, games that put you in the role of a transgender woman, games about coming out to your parents — there is an undercurrent of “latent racism, homophobia and misogyny,” as the prominent game designer Cliff Bleszinski wrote in March, before GamerGate even began.

It’s the players who enjoy this culture, even as they distinguish themselves from the worst of the GamerGate trolls, who truly worry me. If all the recent experimentation and progress in video games — they’re in the permanent collection at MoMA now — turns out to be just a plaster on an ugly sore, then the medium’s long journey into the mainstream could be halted or even reversed.

The very word “game” understates (and in some ways restricts) the promise of this new form. Video games have been used, yes, to create digital translations of sports, folk games and carnival games. And they have also been used to invent new modes of competition, from classics like Pong to the “e-sport” League of Legends.

But like any medium of communication, the possibilities for what games can do are close to limitless. Already we use video games to exercise, to make music, to advance political arguments, to tell stories, to create beauty.

One of the finest games of 2013, and undoubtedly the most important, was Gone Home, which had no combat or killing but used the perspective of the first-person shooter genre, as well as some of the same narrative techniques, to tell a story about two teenage girls in love. Gone Home, however, was not universally beloved. Some players resented the idea that the game didn’t involve much conventional challenge, in the sense of puzzles to solve or buttons to mash. Its designer and writer, Steve Gaynor, was bothered enough by negative user reviews online that he gave a talk at this year’s Game Developers Conference titled “Why Is Gone Home a Game?”

GamerGate — a stupid word — has not targeted men like Mr. Gaynor, with a few exceptions. The movement’s supporters say they want to improve video-game journalism. But their actions look a lot more like an orchestrated campaign of harassment against women who make or write about video games. At least three women — two who make games and one critic who was honored with the industry’s nearest equivalent to an Oscar, a Game Developers Choice Award — have fled their homes after receiving violent threats. Under pressure from GamerGate, Intel pulled its advertising from Gamasutra, a website that covers the medium from a developer’s perspective, because of a column by Leigh Alexander that criticized mainstream game culture as an embarrassing cesspool of adolescent consumerism.

Anita Sarkeesian, the critic whom video game developers honored with an Ambassador Award in March for the YouTube series “Tropes vs. Women in Video Games,” canceled a talk at Utah State University after an email warned of “the deadliest school shooting in American history.” The actress Felicia Day, a devoted video game player, published an essay online on Wednesday about how saddened she was by GamerGate, how it had made her suspicious of fans she encountered online and in person. Almost instantly, what someone described as her home address was published in the comments.

That is not an exhaustive list. Other game designers, journalists and cultural critics have been threatened, or have faced hacking attempts on their online accounts, from email to social media to banking. Video games are unquestionably poorer than they were two months ago when this strange and disheartening series of events began. Talented people are quitting.

If this continues, the medium I love could go backward into its roots as a pastime for children. Instead of being a mainstream form of entertainment, it could end up being something like comic books, a medium that has never outgrown its reputation for power fantasies and is only very occasionally marked by transcendent work (“Maus,” or the books of Chris Ware) that demands that the rest of the culture pay attention to it.

Games like Gone Home do not threaten to displace the blockbusters that dominate sales. The best of them will be bought by a million people or so (which, granted, is better than any music album other than the “Frozen” soundtrack this year). Grand Theft Auto V, by comparison, has sold more than 34 million copies since its release in September 2013.

Yet these games, and the praise they receive, confound and infuriate some players. In a way, this backlash is similar to the irritation that people who like Michael Bay movies experience when film critics prefer something quieter or more difficult. But there’s something about the newness of video games that exacerbates this feeling. Perhaps the medium’s interactive nature gives players a greater feeling of possession over it, or maybe its relative invisibility in the wider culture has given some players the wrongheaded impression that it’s their private preserve.

These players are so concerned about the fragility of big-budget video games in the face of cultural analysis and criticism that they circulated an online petition last year calling for the website GameSpot to fire a critic, Carolyn Petit, for daring to complain that Grand Theft Auto V “has little room for women except to portray them as strippers, prostitutes, long-suffering wives, humorless girlfriends and goofy, new-age feminists that we’re meant to laugh at.” (There were no such demands for the heads of male critics — including me, writing in The New York Times — who said pretty much the same thing.)

To me, these anti-intellectual players, who want games to be “just games” and want criticism of them to be devoid of things like political and social context, are almost as worrisome as the horrifying, and criminal, actions of the harassers.

True, telling a stranger that you will rape and murder her, after reciting the stranger’s home address — as a Twitter user did last week to the game developer Brianna Wu — is worse than asking for a journalist to be fired. But there’s no real debate around these threats and others like them. No one defends them.

“The abuse is not the hard part for me,” Leigh Alexander, who wrote the column that led Intel to pull its advertising from Gamasutra, said to me in an email. She’s more discouraged by her peers at websites that took two months to denounce GamerGate. Others have yet to make a statement at all. Some of the participants in the community of intelligent writers and designers who think and talk about video games in print and online, on websites and social media networks and podcasts, are being cowed into silence.

In particular, if the large companies that make video games remain quiet, they risk allowing GamerGate to win the debate over whether diversity — of people, of ideas, of games themselves — has a place in their culture.

Ms. Alexander foresees a schism between the culture that surrounds blockbusters and the indie scene. And sure, I concede that we live in a world that contains “Boyhood” as well as “Transformers,” James Wood along with James Patterson, “The Americans” and also “America’s Got Talent.” So will it be — so it already is — with video games.

But not all that long ago, I was hoping, even predicting, that something better was not just on the horizon, but imminent. Eric Zimmerman of New York University has called that vision, adopting the Latin word for play, “the ludic century.” To that dream, and to the notion that a cultured person ought to have an informed opinion on Gone Home or Grand Theft Auto as much as on “The Death of Klinghoffer” or “Game of Thrones,” GamerGate has dealt a grievous if not yet mortal blow.

Chris Suellentrop is a former editor for the Op-Ed page, a video game critic and a contributor to The New York Times.