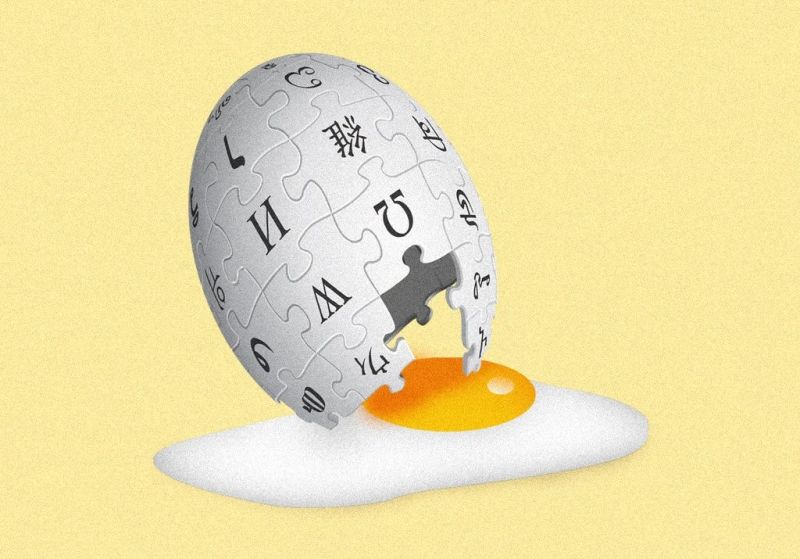 Wikipedia has come a long way since it started in 2001. With around 70,000 volunteers editing in over 100 languages, it is by far the world’s most popular reference site. Its future is also uncertain.

One of the biggest threats it faces is the rise of smartphones as the dominant personal computing device. A recent Pew Research Center report found that 39 of the top 50 news sites received more traffic from mobile devices than from desktop and laptop computers, sales of which have declined for years.

This is a challenge for Wikipedia, which has always depended on contributors hunched over keyboards searching references, discussing changes and writing articles using a special markup code. Even before smartphones were widespread, studies consistently showed that these are daunting tasks for newcomers. “Not even our youngest and most computer-savvy participants accomplished these tasks with ease,” a 2009 user test concluded. The difficulty of bringing on new volunteers has resulted in seven straight years of declining editor participation.

In 2005, during Wikipedia’s peak years, there were months when more than 60 editors were made administrator — a position with special privileges in editing the English-language edition. For the past year, it has sometimes struggled to promote even one per month.

The pool of potential Wikipedia editors could dry up as the number of mobile users keeps growing; it’s simply too hard to manipulate complex code on a tiny screen.

The nonprofit Wikimedia Foundation, which oversees Wikipedia’s operations but is not directly involved in content, is investigating solutions. Some ideas include touch-screen tools that would let Wikipedia editors sift through information and share content from their phones.

What has not suffered is fund-raising. The foundation, based in San Francisco, has a budget of roughly $60 million. How to fairly distribute resources has long been a topic of debate. How much should go to regional chapters and affiliates, or to groups devoted to non-English languages? How much should stay in the foundation to develop software, create mobile apps and maintain infrastructure?

These tensions run through the community. Last year the foundation took the unprecedented step of forcing the installation of new software on the German-language Wikipedia. The German editors had shown their independent streak by resisting an earlier update to the site’s user interface. Against the wishes of veteran editors, the foundation installed a new way to view multimedia content and then set up an Orwellian-sounding “superprotect” feature to block obstinate administrators from changing it back.

The latest clash had repercussions in the election this year for seats to the Wikimedia Foundation’s board of trustees — the most influential positions that volunteers can hold. The election — a record 5,000 voters turned out, nearly three times the number from the previous election — was a rebuke to the status quo; all three incumbents up for re-election were defeated, replaced by critics of the superprotect measures. Two other members will leave the 10-member board at the end of this year. Meanwhile, the foundation’s new executive director, Lila Tretikov, has been hiring developers from the world of open-source technology, and their lack of experience with Wikipedia content has concerned some veterans.

Could the pressure from mobile, and the internal tensions, tear Wikipedia apart? A world without it seems unimaginable, but consider the fate of other online communities. Founded in 1985, at the dawn of the Internet, the Well, the self-proclaimed “birthplace of the online community movement,” hosted an influential cast of dot-com luminaries on its electronic bulletin board discussion forums. By 1995, it was in steep decline, and today it is a shell of its former self. Blogging, celebrated a decade ago as pioneering an exciting new form of personal writing, has decreased significantly in the social-media age.

These are existential challenges, but they can still be addressed. There is no other significant alternative to Wikipedia, and good will toward the project — a remarkable feat of altruism — could hardly be higher. If the foundation needed more donations, it could surely raise them.

The real challenges for Wikipedia are to resolve the governance disputes — the tensions among foundation employees, longtime editors trying to protect their prerogatives, and new volunteers trying to break in — and to design a mobile-oriented editing environment. One board member, María Sefidari, warned that “some communities have become so change-resistant and innovation-averse” that they risk staying “stuck in 2006 while the rest of the Internet is thinking about 2020 and the next three billion users.”

For the last few years, the Smithsonian Institution, the National Archives and other world-class institutions, libraries and museums have collaborated with Wikipedia’s volunteers to improve accuracy, quality of references and depth of multimedia on article pages. This movement dates from 2010, when the British Museum saw that Wikipedia’s visitor traffic to articles about its artifacts was five times greater than that of the museum’s own website. Grasping the power of Wikipedia to amplify its reach, the museum invited a Wikipedia editor to work with its curatorial staff. Since then, similar parternships have been set up with groups like the Cochrane Collaboration, a nonprofit organization that focuses on evidence-based health care, and the Centers for Disease Control and Prevention.

These are vital opportunities for Wikipedia to tap external expertise and enlarge its base of editors. It is also the most promising way to solve the considerable and often-noted gender gap among Wikipedia editors; in 2011, less than 15 percent were women.

The worst scenario is an end to Wikipedia, not with a bang but with a whimper: a long, slow decline in participation, accuracy and usefulness that is not quite dramatic enough to jolt the community into making meaningful reforms.

No effort in history has gotten so much information at so little cost into the hands of so many — a feat made all the more remarkable by the absence of profit and owners. In an age of Internet giants, this most selfless of websites is worth saving.

Andrew Lih is an associate professor of journalism at American University and the author of The Wikipedia Revolution: How a Bunch of Nobodies Created the World’s Greatest Encyclopedia.