July 1 is Canada’s 150th anniversary, but nobody seems particularly eager to join the party. The muted attempts at celebration have so far produced either awkwardness or embarrassment. A giant rubber duck, six stories tall, is supposed to arrive in Toronto Harbor on Canada Day, but its imminent appearance has been greeted by outrage over costs and suspicions of plagiarism. In March, the CBC, Canada’s national broadcaster, began televising a documentary series called “The Story of Us” to the almost instantaneous howling of Quebec and Nova Scotia politicians at what they regarded as significant omissions in our supposedly collective narrative. Resistance 150, an indigenous political movement, is planning to disrupt the anniversary itself.

The principal excitement of our sesquicentennial so far has been the fury of national self-critique it has inspired.

The irony is that Canada, at the moment, has a lot to celebrate. Our prime minister is glamorous and internationally recognized as a celebrity of progressive politics. We are among the last societies in the West not totally consumed by loathing of others. Canada leads the Group of 7 countries in economic growth. Our cultural power is real: Drake recently had 24 songs on the Billboard Hot 100 at the same time — for one shining moment he was nearly a quarter of popular music. Frankly, it’s not going to get much better than this for little old Canada.

So why is Canada so bad at celebrating itself? The nationalism that defined the country during the last major anniversary, the centenary in 1967, has evaporated. The election of Justin Trudeau has brought a new generation to power, a generation raised on a vision of history more critical than laudatory. We dream of reconciliation with the victims of our ancestors’ crimes rather than memorialization of their triumphs. 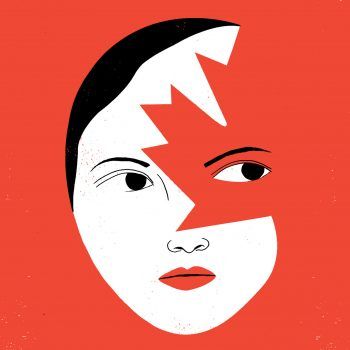 The historical moment we will commemorate next Saturday is Confederation — a bunch of old white guys signing a document that bound a loose collection of provinces controlled by the British Empire into a vague and discontented unity without the slightest consideration of or participation by the First Peoples. It doesn’t seem ideal, or even accurate, as an origin. Needless to say, native people were here for thousands of years before that. And Canada managed to reach proper independence, with the right to amend our Constitution without approval from Britain, only in 1982.

Nonetheless, I will be celebrating. The British North America Act, which I was forced to study in school and which, at the time, I considered the single most boring object ever produced by human consciousness, has grown on me. Maybe I’ve aged. But so has the world. Confederation was an attempt at compromise between peoples within a unified political framework. In this way at least, a moldy 19th-century document has, oddly, prepared Canada for the 21st century surprisingly well.

Nationally, Canada has been spared the populism that has swallowed the rest of the Western world because there is not, and has never been, such a thing as a “real Canadian.” Kevin O’Leary — Canada’s supposed answer to Donald Trump — ended his campaign for the leadership of the Conservative Party, even though he was leading in the polls, because he couldn’t speak French well enough to win an election. To lead this country, you must be able to navigate multiple languages and multiple cultures. Our longstanding identity crisis has suddenly turned to a huge advantage — we come, in a sense, pre-broken.

Pierre Trudeau, Justin’s father, articulated Canada’s difference from other countries perfectly: “There is no such thing as a model or ideal Canadian,” he said when he was prime minister in 1971. “What could be more absurd than the concept of an ‘all Canadian’ boy or girl? A society which emphasizes uniformity is one which creates intolerance and hate.” Despite this country’s manifold failures to uphold its ideals, its core vision has turned out to be much more sophisticated than America’s “E pluribus unum.”

Not that the pre-broken post-national condition is without its agonies. Colonized self-loathing seems to be a national trait we will never fully shake off. Canadian self-flagellation results always in the same warm, comfortingly smug sense of virtue. Self-righteousness is to Canada what violence is to America. It transcends the political spectrum. Whether it is Conservative insistence on frugality and small-town values or the furious outrage of identity politics on the left, everyone has the same point to make: We’re not as good as we think we are, and the government should do something about it.

The virtues of this country are mostly negative anyway, which may also make overt celebration difficult. Canada’s real glories are its hospitals and its public schools, but those, unlike the Marine Corps, cannot be paraded. Canada is, according to several international surveys, the most tolerant country in the world. But it’s absurd to celebrate not being quite as insane as the rest of the world. You don’t get a cookie because you hate people on the basis of their skin color a little less than everybody else.

None of what I have written should be taken to imply that Canadians don’t love their country, or that I don’t love my country. I do. Most Canadians do, too. They just love it quietly. They don’t want to make a big fuss. Britain made a big fuss with Brexit and look what’s happening to it. America at the moment seems full of dedicated, flag-waving patriots who love their country passionately, vociferously; they just can’t stand their fellow citizens or their government.

Canada’s reluctance to celebrate itself is actually something worth celebrating. It has become abundantly clear in 2017 that patriotism is for losers. Patriotism is for people and for countries that need to justify their existence through symbols rather than achievements. Canada is doing well enough that it doesn’t require spackled vanity. It doesn’t need six-story-high rubber ducks.

This is the most Canadian thing I will ever write, I know, but I’m proud of my country for its lack of pride.

Stephen Marche is the author, most recently, of The Unmade Bed: The Messy Truth About Men and Women in the Twenty-First Century.