Back in 2004, when I ran the China desk at the International Monetary Fund, my team sent some written questions to Beijing ahead of our meetings with Chinese officials. China’s central bank had claimed that the value of the currency, the renminbi, was determined by market forces. But to the rest of the world, it looked like the currency’s value was tightly managed — so tightly that its value relative to the U.S. dollar did not change. We asked how this was possible if the exchange rate was truly market determined. After all, market exchange rates among major currencies fluctuate a lot.

In other words, the central bank controlled both supply and demand to fix the “market-determined” exchange rate at a constant level. 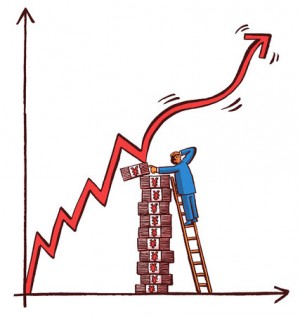 On Monday, the I.M.F. elevated the renminbi to the status of a global reserve currency — deeming it available for wide use in trade and finance and suitable for safekeeping of other countries’ foreign-exchange reserves. This was a prize China had long sought, in return for financial market and currency reforms that the I.M.F. had requested. But while the elevation of the renminbi is a validation of China’s recent reform efforts, the government has a long way to go on the path to a market economy.

The reality is that for all of the country’s economic liberalization and progress over the past decade the government has still not entirely changed its approach to the free market. China today represents a grand experiment in whether the tension between two contradictory forces — the free market and the government’s proclivity to do whatever it takes to maintain “stability and order” — can be reconciled.

This experiment has come under pressure in recent months as Chinese economic growth has slowed, and the currency and stock markets have been volatile. But for all the doomsday prophesying rampant in the media, China’s growth is not about to collapse and the stock market meltdown doesn’t presage a financial crisis. Much of the volatility in stock markets and in the currency’s value in recent months reflects, in large part, a well-intentioned but limited and poorly executed reform program.

The government is, indeed, moving ahead with financial sector reforms that are essential for China to better manage its economy and allocate its massive pool of savings to more productive investment opportunities. Interest rates on bank deposits and loans are no longer determined by the government. State-owned banks now have to compete with private and foreign banks. The government also recently freed up exchange rates, so that the value of the renminbi can be more subject to market forces.

But the way such reforms are implemented suggests a deep reluctance to allow markets to have free rein. The devaluation of the renminbi by about 2 percent relative to the dollar in mid-August caught more attention than changes ostensibly allowing the currency’s value to be more freely determined with less intervention by the central bank. The move helped position the renminbi for the I.M.F. benediction on Monday, but the government did not communicate its intentions well at the time, leading to the widespread view that China was simply trying to cheapen its currency to improve the competitiveness of its exports.

The ensuing volatility led the central bank to go right back to intervening in the foreign-exchange market to maintain stability of the exchange rate. Such a one step forward, two steps sideways approach to market liberalization has ironically increased the inevitable risks that arise during the transition to freer markets.

The renminbi’s newfound status as an official reserve currency will only heighten these tensions. Foreign investors will over time increase their demand for the currency to move more freely in and out of China’s financial markets. Heavy-handed and unpredictable government intervention might make these flows more volatile.

Meanwhile, the government has done little to improve corporate governance of Chinese companies or their accounting and auditing standards. The result has been wild swings in stock prices, as investors have sparse information about the companies that they are investing in.

Even Chinese investors seem to value the benefits of a free market, but they still count on the government to step in when things turn sour. Responding to these expectations, the government has intervened on and off to prop up stock prices, confusing investors about its true intentions and adding to volatility, which could in turn erode political support for reforms.

One key to controlling the impulse to intervene is managing expectations. On a visit this summer to Shenzhen, a major port city in Guangdong Province in southern China, I met a large group of entrepreneurs to discuss the state of China’s economy. I asked for a show of hands for those who thought their country would attain this year’s official G.D.P. growth target of 7 percent. About half of the hands went up. I then asked if they agreed with the perception abroad that their government was not managing the economy well. Virtually every hand in the room shot up, followed by a blistering attack on policy makers in Beijing for allowing the stock market to fall sharply and letting the currency become too volatile.

These reactions highlight the challenges China’s leaders face: They have to get Chinese citizens used to not just the freedom and benefits but also the inherent risks of the marketplace. A tall order in the best of times and harder when economic growth is slowing.

The solution is not more government control but steps to improve regulatory frameworks and getting other institutional aspects such as corporate governance and transparency right while freeing up markets.

The fundamental question that China’s policy makers face is whether they will back up their commitment to financial sector reforms with broader measures that will truly free up markets and support them with a strong institutional foundation. Otherwise, the inherent contradictions in trying to free up markets while maintaining state control may cause well-intentioned reform efforts to backfire. This will simply create more volatility and generate few of the intended benefits. And that would not be good for China or the world economy.

Eswar Prasad is a professor in the Dyson School at Cornell University, a senior fellow at the Brookings Institution, and the author of The Dollar Trap.