In December, when the Senate Intelligence Committee issued its long-awaited report on the C.I.A.’s detention and interrogation program, it seemed to confirm what I and many human-rights advocates had argued for a decade: The C.I.A. had started and run a fundamentally abusive and counterproductive torture program. What’s more, the report found that the C.I.A. had lied repeatedly about the program’s efficacy, and that it had neither disrupted terror plots nor saved lives.

The report continues to reverberate. Human-rights groups are calling for a special prosecutor to investigate Bush-era officials who authorized torture. The first C.I.A. officer to publicly discuss the practice of waterboarding, who was later imprisoned for leaking classified information, was recently released and says he was the victim of a politicized prosecution. On Wednesday, Poland agreed to pay reparations to two former detainees who were tortured at a C.I.A.-run “black site” there.

But the principal lesson drawn by countless commentators in the initial news cycle — that torture does not work — was reached before nearly anyone read the full report and responses by the C.I.A. and the Republican members of the committee. The report and responses amount to 828 pages. I’ve now had a chance to read the documents in full. And I suspect the C.I.A. was treated unfairly. 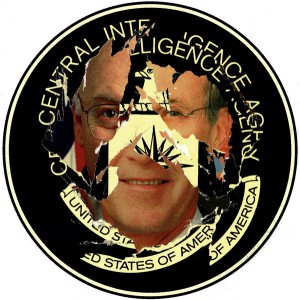 The full story is more complicated, and ultimately much more disturbing, than the initial responses — mine included — suggested. And because these documents may be the closest we come to some form of accountability, it is essential that we get the lessons right.

Some very important things are not in dispute. The C.I.A. concedes that the program was poorly run, especially at the outset, and that its agents and contractors committed serious abuses. Under tremendous pressure to disrupt the next attack, it relied on “experts” who had no experience in interrogations, turned to officers with troubled histories and exercised insufficient oversight and accountability when, as was inevitable, things went awry.

The area of dispute concerns the report’s “headlines” — namely, that the C.I.A.’s tactics did not work, and that the agency repeatedly lied about that. The report focuses on 20 prominent instances in which the C.I.A. claimed that information obtained from detainees they subjected to coercive tactics helped identify high-level terrorists and disrupt terrorist plots. The committee concluded that every such claim was a misrepresentation.

When one places the C.I.A.’s accounts of the 20 cases side by side with the committee’s accounts, however, the truth is far from clear. In each instance, the C.I.A. makes a credible case that information it obtained after using coercive tactics played an important role. The C.I.A. says, for example, that 75 percent of the information that led to the capture of Ali Saleh Kahlah al-Marri, who pleaded guilty to conducting research on explosives for a potential terrorist attack, came from the interrogation of Khalid Shaikh Mohammed, the 9/11 mastermind, who was waterboarded 183 times. Information from Mr. Mohammed, the C.I.A. claims, also helped it capture several other key Qaeda terrorists, disrupting their efforts to kill innocent civilians.

Similarly, the C.I.A. maintains that intelligence extracted from Abu Zubaydah, the first person subjected to the coercive techniques, contributed significantly to the arrests of multiple terrorists, including Mr. Mohammed; Jose Padilla, an American who planned to set off explosions in high-rise apartment buildings; and Ramzi bin al-Shibh, said to have helped organize the 9/11 attacks. The committee contended that the most useful information from Mr. Zubaydah actually came while the F.B.I. was questioning him, using noncoercive tactics before he was waterboarded. But the C.I.A. points out that Mr. Zubaydah had been subjected to five days of sleep deprivation, a highly coercive and painful tactic, when the F.B.I. interrogated him.

The committee repeatedly asserted that critical information was obtained not from C.I.A. interrogations but from detainees in “the custody of a foreign government.” In detailing how the United States located Osama bin Laden, Senator Dianne Feinstein, Democrat of California, who led the committee, cited seven such instances. But she did not even acknowledge the likelihood that the other governments, to which the C.I.A. was regularly rendering suspects for torture, used techniques even more abusive than the C.I.A.’s. Her account is hardly evidence that torture doesn’t work.

Without the underlying documents, it’s not possible to resolve the competing claims, but many of the C.I.A.’s responses appear plausible on their face. At a minimum it is possible that the C.I.A.’s tactics did help it capture some very dangerous people planning future attacks.

That conclusion in turn casts doubt on the committee’s other main finding — namely, that the C.I.A. repeatedly lied about the program’s efficacy.

The C.I.A. admits that it should never have claimed “that the information it acquired could not have been obtained some other way.” Such assertions, it says, were “sincerely believed but were also inherently speculative.” But that is hardly a major concession. Anyone who thinks about it for a minute will realize that it is impossible to know whether information obtained in one way might not have been obtained in some other way. In retrospect, the Senate committee should not have given so much emphasis to whether torture works. The law does not prohibit torture because it is ineffective, but because it is wrong. As David Bromwich wrote in The London Review of Books, asking whether torture works is like asking whether slavery works. It’s the wrong question.

So why did the committee focus on efficacy and misrepresentation, rather than on the program’s fundamental illegality? Possibly because that meant it could cast the C.I.A. as solely responsible, a rogue agency. A focus on legality would have rightly held C.I.A. officials responsible for failing to say no — but it also would have implicated many more officials who were just as guilty, if not more so. Lawyers at the Justice Department wrote a series of highly implausible legal memos from 2002 to 2007, opining that waterboarding, sleep deprivation, confinement in coffinlike boxes, painful stress positions and slamming people into walls were not torture; were not cruel, inhuman or degrading; and did not violate the Geneva Conventions.

The same can be said for President George W. Bush, Vice President Dick Cheney and all the cabinet-level officials responsible for national security, each of whom signed off on a program that was patently illegal. The reality is, no one in a position of authority said no.

This may well explain the committee’s focus on the C.I.A. and its alleged misrepresentations. The inquiry began as a bipartisan effort, and there is no way that the Republican members would have agreed to an investigation that might have found fault with the entire leadership of the Bush administration.

But while the committee’s framing may be understandable as a political matter, it was a mistake as a matter of historical accuracy and of moral principle. The report is, to date, the closest thing to official accountability that we have. But by focusing on whether the program worked and whether the C.I.A. lied, the report was critically misleading. Responsibility for the program lies not with the C.I.A. alone, but also with everyone else, up to the highest levels of the White House, who said yes when law and morality plainly required them to say no.

David Cole, a professor at Georgetown University Law Center and co-author of Less Safe, Less Free: Why America Is Losing the War on Terror.