The human costs of five years of austerity have been catastrophic for Greece but the decision to hold a referendum on Sunday will only make matters worse.

The one unambiguous benefit, for Prime Minister Alexis Tsipras, has been to unite his party, Syriza, which had been growing increasingly restive as the negotiations went on. Overnight, he has cemented his political base and strengthened his hand internally. Syriza is back in the position it likes best: standing for opposition to the global status quo.

But what has this done for the country as a whole? That the Constitution seems to exclude referendums on fiscal matters is perhaps a legal nicety but it highlights the government’s rather cavalier attitude toward existing political institutions. It talks about the people’s will but shows a worrying disregard for the democratic bodies and procedures it says it is protecting.

Mr. Tsipras has asked Greeks to vote on an already expired bailout package and has made clear his desire to see a “no” vote prevail. The only logical inference, although he denies this, is that he is willing to see Greece abandon the euro. He denies it because he knows this would be unpopular and a huge gamble. 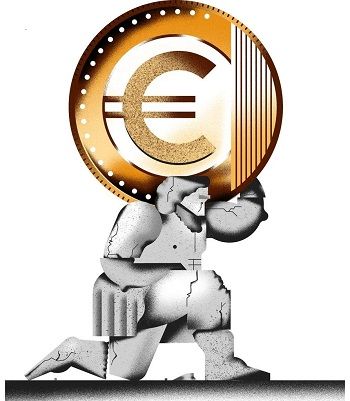 He believes a “no” vote would let him return to negotiate in Brussels from a position of strength. This reveals a stubbornness to face facts that amounts to a kind of magical thinking.

Greece is not the only country with voters, and each of Mr. Tsipras’s fellow European prime ministers already has their own democratic mandate. Will they defy the will of their voters and cave in to save the euro? Almost certainly not to Mr. Tsipras, given the trust that he has frittered away over the past five months. Whatever he may say, the likely outcome of a “no” vote is thus an eventual return to the drachma.

If the electorate votes “yes,” more political uncertainty and new elections would be the likely outcome. At least abstention implicitly recognizes the futility of the whole exercise.

What Mr. Tsipras has fundamentally disregarded is Greece’s extreme weakness. On the one hand, it is weak like any small country, with limited capacity to affect the rules of international life. But it has the additional weakness of a poorly functioning economy and a crushing debt.

Syriza’s response to this has been schizophrenic. It likes to highlight the country’s vulnerability by castigating powerful offstage villains — domestic oligarchs, international bankers and Germany, too. (Once upon a time, the United States topped that list, but it is mentioned less these days.)

But at the same time, the party evokes the potential strength of unfettered people power; the leap to genuine sovereignty to be made by leading a worldwide revolution against austerity. And, failing that, in a phrase heard more and more the past few months in Athens, there is talk of a kind of collective suicide, like those Greeks who blew themselves up rather than surrendering to Turkish forces two centuries ago.

This rhetoric didn’t appear out of thin air. It bears the marks of the milieu that formed Mr. Tsipras as he grew up in the years after Greece’s seven-year military dictatorship ended in 1974. A student culture flourished in the following decades that placed a premium on activism, and saw a revolutionary potential in every high school occupation.

It was passionate, literate in Marxist theory, highly factional and partisan. Manifestoes and party lines proliferated. A lot of time was spent in meetings debating the democratic implications of everything from canteens to faculty appointments. Student leaders, obsessed by the history of the German occupation, devoured memoirs of wartime resistance heroes and dreamed of a struggle to rival theirs.

A few of these activists remained in party politics, a smaller number founded communes or became anarchists and a handful flirted with revolutionary violence. Many contributed in important ways to the flourishing cultural and intellectual scene that has emerged in Greece over the past few decades. Most got degrees and jobs and families. And some are now in government.

Having made pledges to voters that they can’t fulfill, Mr. Tsipras and his colleagues present this as their generation’s heroic moment. Bolshevism collapsed; wartime resistance was crushed. But perhaps, they hope, Syriza can lead the country to a new kind of revolutionary victory, striking a decisive blow against international finance capital.

I wouldn’t bet on it.

The last time Greece repudiated its debt was in 1932: a short-term recovery followed, which was already petering out when World War II began. Repudiating debt back then was a positive move because the entire world was doing it and the real costs of default were low.

This time around, the situation is very different. The consequences and costs would be far worse, the potential for domestically generated growth much less, and many of the benefits associated with Europe — Greece as an attractive site for foreign investment, putting its geopolitical position to good use, and the transformation in values that came with the opening up of what was 40 years ago a much more introverted society — will be put at risk.

Thanks to this ill-advised plebiscite, Greece faces major turmoil that will test the democratic institutions it established after 1974. The country doesn’t need a return to the worst excesses of student politics. Still less does it need the overheated rhetoric of violent struggle, national disaster and civil war that is already in the air. Sanity may yet prevail and a “yes” vote on Sunday may finally lead to the formation of the national unity government the country has lacked since the crisis started. If it does not, further political polarization and a future of growing pauperization on the margins of Europe beckons.

Mark Mazower is a professor of history at Columbia University.