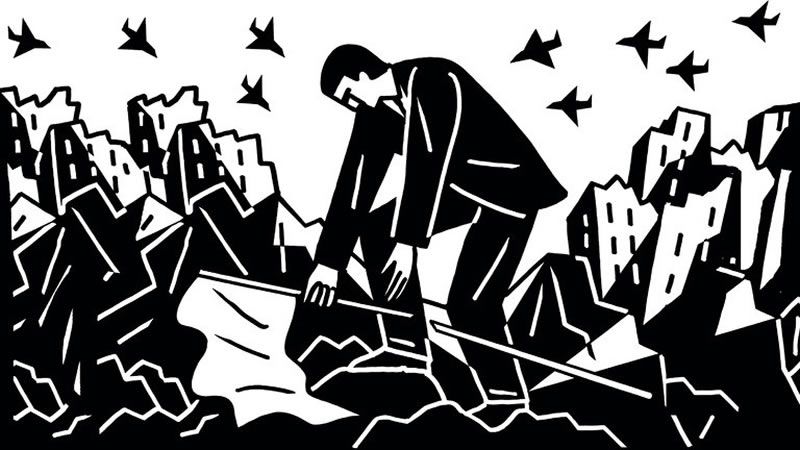 The cease-fire in Syria that the United States and Russia tortuously negotiated has, like the one before it, fallen apart.

The trouble began when an errant American airstrike killed some 60 Syrian government soldiers. Then, Russia resumed its disingenuous grandstanding and the Syrian government, with Russia’s support, went back to indiscriminately bombing rebel-held areas of Aleppo. On Monday, less than a month after the agreement went into effect, Secretary of State John Kerry announced that the United States would break off talks with Russia on trying to revive it.

This failure, accompanied by images of suffering in Aleppo, has inspired renewed calls for a tougher American policy in Syria from liberal hawks and traditional conservatives alike. At the vice-presidential debate on Tuesday, both the Democrat, Senator Tim Kaine of Virginia, and the Republican, Gov. Mike Pence of Indiana, advocated more aggressive American action.

But the truth is that it is too late for the United States to wade deeper into the Syrian conflict without risking a major war, or, at best, looking feckless by failing to fully commit to confronting Russia and President Bashar al-Assad of Syria and then backing down. The goal now should be reducing harm, saving lives and keeping prospects for a political deal alive. Cease-fire talks between the United States and Russia, tormented though they may be, remain the best way to achieve this.

Although Russia has denied it, it is clear that Moscow considers Mr. Assad’s survival crucial to protecting its interests in Syria, which include combating jihadism, preserving intelligence and military assets, and asserting that Russia is a geopolitical player in the Middle East. Russia has unflinchingly protected the Assad government both militarily and at the United Nations Security Council.

Indeed, Mr. Assad seems to enjoy practically unlimited leverage over Russia. Despite narrowly escaping American punishment for using chemical weapons by surrendering his stockpile of deadly nerve gas and other poisons in 2013, Mr. Assad has felt free to continue using toxic commercial chlorine gas. Even though Russia moved toward political compromise when it provisionally withdrew from Syria in March, Mr. Assad was not inclined to give peace talks a serious chance. In both cases, Russia fell back in line with Mr. Assad’s defiant brutality.

There are probably limits to Moscow’s deference to Mr. Assad’s blood lust, but it is unclear what they are. This is what makes an American escalation in Syria so dangerous.

American supporters of intervention, including the vice-presidential candidates, often say that the United States should create a no-fly zone in Syria to protect civilians from Mr. Assad and Russia’s bombs. But imagine how this might work: An American warplane enforcing a no-fly zone would risk fire from a Russian-made antiaircraft battery or fighter. (Just this week Russia shipped new antiaircraft systems to Syria.)

This risk clearly worries advocates for the use of force within the Obama administration. They are said to favor increased air support for the Syrian rebels that would avoid direct confrontation with the Russians. But small-scale, targeted bombing is unlikely to change Syrian behavior, so to be effective the strikes would have to escalate. (Alternatively, ineffective strikes could be ended, but this would make the United States look incompetent.) This would ultimately lead to a violent response, which would compel the United States to retaliate against Russian and Syrian government ground targets.

As conflict spiraled and casualties increased, so would international pressure for another costly, protracted and thankless American-led ground intervention to enforce peace, which domestic opinion in the United States would not support. While Russia’s real appetite for a political solution in the Syria conflict is unclear, it is wiser to test unknown political limits than unknown military ones.

Some of those advocating more intervention in Syria believe that as the so-called indispensable power, the United States has an ethical responsibility to reduce the suffering caused by Syrian and Russian bombing of civilians. Another camp of interventionists criticizes what it sees as President Obama’s weakness, heartlessness and strategic myopia, and wants the United States to stand up to Russia and assert its intention to remain a major geopolitical player in the region.

The liberal interventionists seem to have forgotten that it is no longer the 1990s. Disastrous forays in Iraq and Libya have undermined any American willingness to put values before interests. Meanwhile, the second group of interventionists seem to have forgotten that Syria has been Moscow’s client since early in the Cold War — a situation Washington was willing to live with when the geostrategic stakes were much higher.

The United States does, in fact, have a clear Syria policy: Roll back the Islamic State by way of the air campaign and American-supported Syrian rebel forces, coordinating with Russia to the extent possible; provide extensive humanitarian support; and continue to press for a sustainable cease-fire and a negotiated political transition involving Mr. Assad’s eventual departure. It may be frustrating, but against the alternatives, it is the only sensible course of action.

Certainly, the Syrian government and Russia have manipulated the cease-fires, using them as cover for continuing offensives. Nonetheless, fragile though they have been, these deals ratchet down the overall level of violence and save lives.

The deal struck by Mr. Kerry and his Russian counterpart, Sergey V. Lavrov, for the United States and Russia to coordinate counter-jihadist operations and restrain opposition and government military activity was intended to produce a durable cease-fire, promote more effective humanitarian operations and re-energize political talks. Although it has fallen apart, the next step, unsatisfying as it may be, is to try again.