It was a line that Labour Party speechwriters wished they had come up with themselves. “Ed Miliband will be a prime minister for Britons with second jobs, not just those with second homes,” the mayor of New York, Bill de Blasio, told a packed hall in Manchester, in the north of England.

The mayor was the guest of honor at Labour’s annual conference last month, and he came bearing rhetorical gifts. He depicted his hosts as comrades in arms against conservative vested interests; fellow crusaders for the striving many against an opulent few.

It was everything the Labour leader’s aides had hoped for: a charismatic American who had won with pledges to tackle inequality, insisting the same lines could work on this side of the Atlantic. As New York had been moved by Mr. de Blasio’s “tale of two cities,” so would Britain’s social schisms be healed under Mr. Miliband’s “one nation” banner. 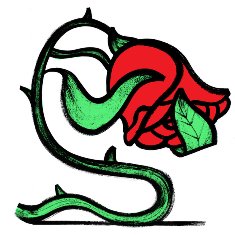 And Mr. Miliband may indeed be prime minister after next May’s general election. Opinion polls give Labour a consistent lead over the Conservatives. But the gap is narrowing and few in the party think their advantage has been won by the chief’s fondness for egalitarian abstractions. On measures of leadership and trust in the economy, Mr. Miliband trails the incumbent prime minister, David Cameron.

The Labour leader’s own speech at the conference was a flop. Delivering the oration without notes, Mr. Miliband forgot passages on budget discipline and immigration — the two issues on which Labour is most vulnerable.

The episode reinforced concerns in the party about its readiness for a very tight election battle. After four years in the job, Mr. Miliband has failed to project prime ministerial authority; he is awkward in front of a camera. Tory strategists delight in focus groups in which swing voters say they find the Labour leader ridiculous.

The Conservative campaign will present Mr. Cameron as the serious candidate for dangerous times. Mr. Miliband will be dismissed as “just not up to it.” It is a judgment many Labour members of Parliament privately share.

So why aren’t the Tories steaming ahead?

One answer is that Britain elects parties, not presidents. The Eton-educated Mr. Cameron has failed to neutralize an old suspicion that Conservatives are a callous bunch who put the interests of rich white men first, while Labour’s brand as the party of the downtrodden is resilient. The opposition’s numbers are also bolstered by left-leaning voters who once backed the Liberal Democrats but fled in horror when that party formed a coalition with the Tories in 2010. Conservative numbers are also depressed by a flight of support to the U.K. Independence Party, a nationalist insurgency that casts immigration and the European Union as the sources of Britain’s woes.

Last week, UKIP acquired its first M.P., when Douglas Carswell, a Tory defector, retained his seat in a by-election in a depressed seaside town. A second Conservative turncoat will attempt the same move next month. But on the same day as Mr. Carswell’s victory, UKIP also came within a few hundred votes of poaching a once safe Labour seat in a separate by-election on the outskirts of Manchester.

Panic about the populist bandwagon, once a preserve of jittery Conservatives, has now spread to Mr. Miliband’s camp. Labour M.P.s doubt their leader can satisfy the grievances of angry voters, including many in the party’s working-class core, who see Westminster and its mainstream parties as an elite conspiracy. Mr. Miliband’s metropolitan sensibilities and career politician background make him an unlikely antidote for anti-establishment rage.

Mr. Miliband prefers to see the anti-politics mood as a product of a flawed capitalist model that allows a minority to hoard the fruits of growth while living standards fall and wages stagnate. This explains why, in Mr. Miliband’s office, the de Blasio endorsement matters. The New York model mirrors Labour’s pitch to a “squeezed middle” of voters who feel that intervention is needed to restore economic opportunity.

In battleground constituencies where the election will be won, there is little gratitude for Mr. Cameron’s policies and much suspicion that the recovery is a phantom. But there is also scant confidence that Mr. Miliband has a better plan. Labour has heaps of policies targeted at households with precarious finances — ideas for holding down energy bills, controlling rents and raising the minimum wage — but activists say that they are proving hard to sell on the doorstep because, at the national level, the party doesn’t look like a credible agent for change. “We can win here on the ground, but it’s much harder without air cover,” said one Labour candidate.

At the center, the party is dysfunctional, riven with rivalry and mistrust. Tough policy choices go unmade in a process of rolling consultation, with Mr. Miliband soliciting conflicting views and postponing the moment of decision. Shadow ministers complain that their voices are stifled and that their advice goes unheeded. They, in turn, are accused of not pulling their weight. M.P.s grumble that the leader’s inner circle is stuffed with intellectuals and academics: a Ph.D. seminar group exploring paradigms of left-wing politics, not a military command.

That gripe is a proxy for criticism of Mr. Miliband himself, who has built the whole project around an intellectual proposition. He believes the global financial crisis created an opportunity to change the terms of British political debate, restoring an ethic of solidarity that was corroded over a generation of individualistic, free-market orthodoxy. It is not the stuff of ready slogans.

Meanwhile, disaffection with an unloved Tory administration is feeding other fires — separatism in Scotland and UKIP’s xenophobia in England. Mr. Miliband offers himself as a solver of complex equations to an electorate that leans toward plain storytellers.

That isn’t an insurmountable obstacle. Contempt for Tories in large parts of the country, coupled with an electoral system tilted in Labour’s favor, could give Mr. Miliband enough seats to form a government — though a healthy majority looks unlikely. But the prospect of eking out a hobbled legislative program with such a dismal mandate is almost as dispiriting to Labour as the threat of defeat.

It was generous of Mr. de Blasio to say that Mr. Miliband’s progressive vision will make him prime minister. As things stand, it seems more likely to happen by accident than design.

Rafael Behr is a political columnist for The Guardian.