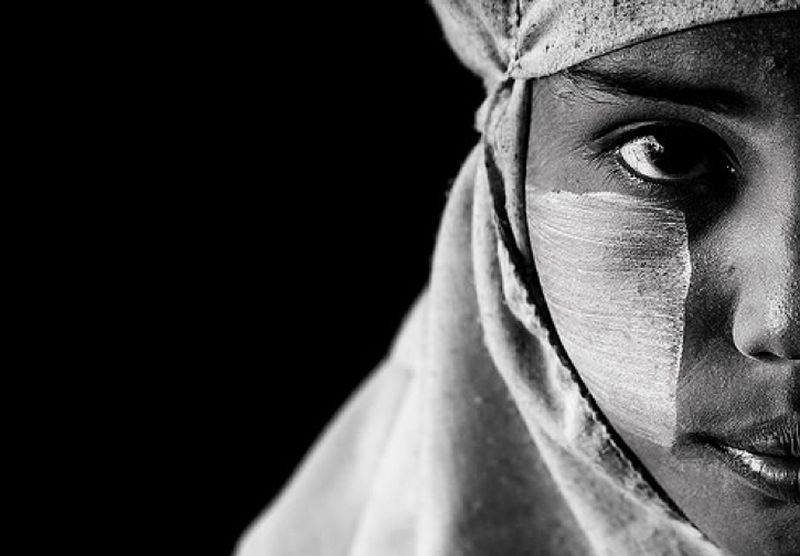 During the second half of 2017, an estimated 671,000 Rohingya fled Myanmar due to systemic violence perpetrated against the ethnic group, including killings, rape, and torture. Much of this violence, allegedly committed by Myanmar’s armed forces, specifically targeted women and girls. Pramila Patten, United Nations Special Representative on Sexual Violence in Conflict, stated that the organized gang rape of Rohingya women was “a calculated tool of terror aimed at the extermination and removal of the Rohingya as a group.” Adding to the trauma of this campaign of sexual violence, many Rohingya women continue to experience sexual exploitation and violence after reaching the refugee camps in Bangladesh. To date, little has been done to address the unique needs of these women or to prevent a recurrence of the systemic violence they fled from.

A Muslim minority group living in Myanmar’s Rakhine State, the Rohingya have faced government persecution for decades. Among the many discriminatory policies they face, the Rohingya are not recognized as one of the country’s official ethnic groups and have been denied the right to claim citizenship in Myanmar. In August 2017, violent clashes erupted when a Rohingya militant group known as the Arakan Rohingya Salvation Army (ARSA) attacked military stations throughout Rakhine State. After the ARSA claimed responsibility for the attacks, the resulting military crackdown forced thousands of Rohingya to flee to neighboring Bangladesh.

Sexual gender-based violence (SGBV) often escalates during crises like these, when large populations are displaced and a state’s protection systems for women collapse. Rape is often used as a tactic to dehumanize and humiliate “other” populations within sectarian conflicts and during the military’s clearance operations, Myanmar soldiers allegedly raped Rohingya women and girls. When the women attempted to report the violations to authorities, they were forced to undergo invasive medical examinations. The government of Myanmar has denied that its armed forces have committed any acts of sexual violence, even suggesting that Rohingya women are not attractive enough to merit such attention. Yet, in every case of sexual violence reported to Human Rights Watch, the perpetrators were described as uniformed members of Myanmar’s security forces.

Even after reaching Cox Bazar, Bangladesh, where sprawling refugee camps have been set up to accommodate an ever-growing refugee population, Rohingya women continue to live in fear of SGBV in what should be a safe haven. This is in part due to frustration with life in the camps, as well as an extreme lack of privacy, especially near latrines. Latrines are not separated by gender, which compounds the discomfort of women survivors of sexual violence. Reports of violence near sanitation facilities have led to instances where women and girls refuse to eat in order to avoid using the toilets, dreading the violence that comes with it. Some women even resort to sharing burkas to feel they can move safely about the camp without fear of being assaulted.

In addition to the risk of sexual violence, aid agencies have also reported an increase in sex trafficking in and around Rohingya refugee camps, with girls as young as 13 years old being abducted and sold as sex slaves. Many of the smugglers come from outside the camps, falsely promising families they will provide work opportunities for the girls, who are then smuggled out of the camps and sold in Thailand, India, and Malaysia.

Although a repatriation deal has been reached, the United Nations Refugee Agency assesses that conditions in Myanmar are not ready for the safe and voluntary return of Rohingya refugees. The first and most important step toward this goal, is to acknowledge and address the sexual violence perpetrated against Rohingya women. It is paramount that humanitarian organizations uphold and protect the safety of all refugees within the camps and especially for women and girls, who are the most vulnerable to sexual exploitation and trafficking.

Second, organizations working within the camps should immediately expand services to meet the unique needs of Rohingya women survivors. These services should include pre- and post-natal care for Rohingya women, some of whom became pregnant during the violent military crackdown. Since August 2017, aid agencies have provided services to 2,756 survivors of SGBV in refugee camps. But renowned human rights journalist and Nobel Peace Laureate Tawakkol Karman noted after a visit to Cox Bazar that less than 20% of Rohingya women have had access to post-rape care. This is completely unacceptable.  In a more positive development, the first Multi-Purpose Women Center built by UN Women in the Bhalukhai refugee camp creates a safe space for Rohingya women, as well as provides sexual violence recovery services and counseling. This model should be replicated in other Rohingya refugee camps, as well as around the world.

Third, humanitarian organizations and civil society groups should educate the entire Rohingya refugee community about sexual violence. According to Human Rights Watch, two-thirds of Rohingya survivors interviewed did not report their rape to the appropriate authorities due to a deep-rooted stigma surrounding SGBV. Diminishing the stigma of SGBV will not only encourage more women survivors to come forward and report the violence they have experienced, but also help them receive proper recovery services and improve SGBV prevention.

For many women refugees, the risk of SGBV doesn’t disappear after they leave the location of their crimes, even when they reach places of presumed safety. The humanitarian response to the Rohingya crisis must be revamped to meet the particular needs of women and girl refugees, especially their protection and recovery from systemic SGBV within refugee camps. Acknowledging and addressing the plight of Rohingya women, especially within humanitarian settings where they should expect a certain level of security, is essential to putting these women on the path to recovery and breaking the cycle of violence.