Decades ago, the brilliant satirist Tom Lehrer skewered the engineer’s willful ignorance of the consequences of his designs in a ditty about Wernher von Braun, the scientist who moved from Nazi Germany’s rocket factories to the United States space program. “Once the rockets are up, who cares where they come down?” Mr. Lehrer sings. “That’s not my department, says Wernher von Braun.”

But Mr. Lehrer’s target was bigger than engineers who could focus only on the research in front of them. There was no amoral approach to science, Mr. Lehrer reminded us. Seeing science and the tools and connections it provides as a good in itself is profoundly dangerous and wrong.

Founded by young computer engineers, Facebook, Google and other Silicon Valley companies have been happy to view their powerful inventions as neutral platforms. Once the posts are up, who cares where they come down? These companies have converted an engineer’s disregard for real-world outcomes into a libertarian ideology that belittles the harms that stem from their platforms and rejects rules and regulations meant to prevent those harms.

In a recent essay, Sam Altman, the president of the influential tech incubator Y Combinator, denounced “political correctness” as a danger to economic progress. “This is uncomfortable,” he wrote on his blog, “but it’s possible we have to allow people to say disparaging things about gay people if we want them to be able to say novel things about physics.”

It’s easy to find similarly blunt statements from Silicon Valley leaders. For example, when a French official described her determination to encourage tech innovation without extreme income inequality, the venture capitalist Marc Andreessen responded mockingly on Twitter: “Capitalism, without all that messy capitalism!” And when India rejected a proposal from Facebook to introduce a free version of internet access that was limited to Facebook and a small assortment of other sites, Mark Zuckerberg, the company’s chief executive, responded more in sorrow than anger. “History tells us that helping people is always a better path then shutting them out,” he explained, gliding past the Indian government’s argument that introducing incomplete access to the internet was a worse path. 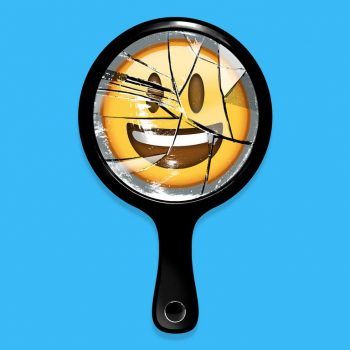 But 2018, it seems, is going to represent what Silicon Valley would call “an inflection point” on the morality graph. Facebook is leading the charge, with the announcement last week by Mr. Zuckerberg that the company felt “a responsibility to make sure our services aren’t just fun to use, but also good for people’s well-being.” In practical terms, this means that Facebook will be reducing the amount of so-called public content — often provocative posts from businesses and news organizations — in favor of personal content, posts from friends and family.

Since Facebook’s earliest days, Mr. Zuckerberg has been fascinated by the power to understand and manipulate users by applying algorithms to the data it collects. In 2005, speaking at Stanford, he described how he and a friend were “seeing if we could use the information that we had to compute who we thought were going to be in relationships. So, we tested this about a week later, and we realized that we had over a third chance of predicting whether two people were going to be in a relationship a week from now.” Through this deep knowledge of its users, Mr. Zuckerberg explained, Facebook could determine “what actually matters to each person on a more granular level.”

More than a decade later, Facebook is still using these social-engineering tools to probe its users’ psyches. Now, however, the company, which reported $4.7 billion in profits in the third quarter, assures us that these tools will be refashioned to take account of the health of our society. In December, Facebook’s researchers tried to answer the question of whether social networks were a force for good and returned with a split verdict.

At age 33, Mr. Zuckerberg is already worried about his good name, but unlike past business titans — Rockefeller, Carnegie, Gates — he doesn’t think he needs to wait until after he has built his empire to do good. Mr. Zuckerberg says he is making changes to Facebook so that when his young daughters, Max and August, grow up, they will “feel like what their father built was good for the world.”

So what does Mark Zuckerberg think makes the world good? In an open letter, published upon Max’s birth in 2015, Mr. Zuckerberg and his wife, Priscilla Chan, laid out some goals. First, was “advancing human potential,” which they described as “pushing the boundaries on how great a human life can be.” Most intriguingly, they posited that someday we could “learn and experience 100 times more than we do today.”

The other was “promoting equality,” which they defined as “making sure everyone has access to these opportunities — regardless of the nation, families or circumstances they are born into.” Often, “access” appears to mean relying on the internet to provide an education or work opportunity. Connecting people is what keeps society churning, improving. “For every 10 people who gain internet access, about one person is lifted out of poverty and about one new job is created,” they wrote.

Turns out, an enlightened, socially engaged Facebook has a similar outlook as the amoral, audience-seeking Facebook. Each sees connecting online as key to the good life.

Noam Cohen is the author of The Know-It-Alls: The Rise of Silicon Valley as a Political Powerhouse and Social Wrecking Ball.