Silicon Valley was once content to dominate the tech world. But recently, its leading companies have ventured deep into areas well outside its traditional bailiwick, most notably international development — promising to transform a field once dominated by national governments and international institutions into a permanent playground of hackathons and app-fueled disruption.

To observe this venture humanitarianism in action, look no further than Internet.org, a coalition of Facebook, Samsung and several other large tech companies that promises to bring low-cost Internet access to people in underserviced parts of the world, via smartphones. It has organized “efficiency hackathons,” where developers build apps that work on older phones, and it has lobbied cell providers not to charge for “essential” data usage, like weather apps and Wikipedia. 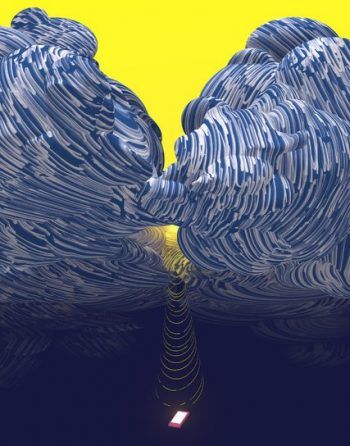 Leading the charge for Internet.org is Facebook’s chief executive, Mark Zuckerberg. His vision is ambitious: Facebook recently bought a small drone maker so that it can one day beam connectivity from the sky.

The goal of providing universal, affordable Internet access is a laudatory one. But there’s more to the nonprofit-tinged “dot.org” agenda than meets the eye, and its subtext is indicative of a bigger problem with Silicon Valley “solutionism” — the belief that the tech industry could and should solve all of life’s problems.

Begin with the fact that while something called “Internet.org” might presumably give the developing world access to the same content enjoyed elsewhere, it does so under very peculiar conditions. Aside from a handful of useful apps, it delivers only Facebook, and any services — from education to banking to health — that agree to make Facebook their middleman.

An under-discussed aspect of the Internet.org strategy — which has already been tried in the Philippines, Paraguay and Tanzania — is the “pay-as-you-app” model, which charges users different rates for data consumed by different apps. Thus, while all apps are equal, some are more equal than others, in that Internet.org will subsidize them, while data consumed by other, “less equal” apps will be charged on an individual basis.

This setup might appeal to members of the Internet.org coalition (not to mention mobile operators), but the rest of us would find it outrageous in many other contexts: Imagine your water meter giving you free quick showers but charging you for a bath. And this is the profit-driven assumption behind Internet.org’s alleged beneficence: Once it gets enough people to take its free digital showers, more users will reach into their pockets to take a digital bath.

While most folks may consider such thinking nefarious, Silicon Valley thinks it’s virtuous. As Mr. Zuckerberg put it in an essay on Internet.org earlier this year, one of its goals is to show “people why it’s rational and good for them to spend the limited money they have on the Internet.” But this model also shows something else: If you run a website or an app, it’s also rational for you to move them inside Facebook’s ecosystem, so that your audience will not have to pay to access it.

When a journalist remarked that Internet.org sounded like a gateway drug, Mr. Zuckerberg retorted that he preferred to think about it as an “on-ramp to the Internet” — an on-ramp that would shunt an increasing amount of content through Facebook, giving it enormous influence over not just how its users got access to entertainment or news, but also how they received education, health, banking and other social services.

Consider the role of “identity services,” the mesh of publicly issued identifications that has traditionally meant things like driver’s licenses and Social Security numbers, but has come to include things like Facebook accounts. In a short essay outlining the vision behind Internet.org, Mr. Zuckerberg says one of its goals is to offer credit and identity infrastructure “that is still nascent in many developing countries.” Such services might be of some help in developing countries. But is Facebook the best entity to provide them?

One start-up that demonstrates how all this might work is Lenddo, a lender that operates exclusively in the developing world. It provides credit by assessing the applicant’s activity on social media sites. For Lenddo, Internet.org is great: The more time its applicants spend inside Facebook, the better it can assess their suitability for credit. However, with Facebook as a key provider of identity infrastructure for other services, it’s not clear just where the borders for such tracking — and users’ anxiety over it — would stop. Whatever homilies Mr. Zuckerberg might deliver in Sun Valley, Facebook and its allies are for-profit companies, whose interests fundamentally diverge from those of everyday citizens.

To be sure, the “Internet” in “Internet.org” is not a natural resource that looks and costs the same everywhere based on its inherent features. It is a result of complex, controversial policy decisions over the use and ownership of communication infrastructure. These decisions follow years of lobbying and clever manipulation of national and international bodies by telecom operators, and are a direct consequence of various privatization and liberalization reforms in those countries. Facebook, because of its own long-term interest in expanding its advertising reach in the developing world, can make that Internet more accessible. But to accept its bargain is to abandon the fight to create different institutional arrangements — say, to rein in the power of telecom operators and provide cheaper, more equitable services.

Nor should we accept a development agenda that gives students no option but to surrender their data to Facebook or pay for online courses (in Rwanda, Internet.org is already offering such courses — with Facebook as an intermediary). The answer given by telecom operators — and tacitly endorsed by Internet.org — is that there’s simply no other alternative: that the market always knows best, and that connectivity itself, beyond some basic threshold determined by Facebook and its partners, ought to be treated as a commodity.

Any emergent social movements concerned with matters of universal and affordable connectivity — as opposed to the corporatism of Silicon Valley — should not take this premise for granted. Nor should they fall for the pseudo-humanitarian rhetoric of rights espoused by technology companies. Whenever Mark Zuckerberg says that “connectivity is a human right,” as he put it in his Internet.org essay, you should think twice before agreeing. There is, after all, little joy in obtaining free access to an empty library, or browsing a bookstore with empty pockets — which is, in effect, what Internet.org offers, while holding out the promise of robust content, if users will pay, a few cents at a time, for the privilege.

In this way, Facebook and Internet.org are following a well-trod path. As the World Bank has demonstrated, when development becomes just a means of making a buck, the losers will always be the people at the bottom. Thus, to Silicon Valley’s question of “Is Internet access a human right?” one could respond by turning the tables: What kind of “Internet,” and what kind of “access”?

Evgeny Morozov is the author of To Save Everything, Click Here: The Folly of Technological Solutionism.