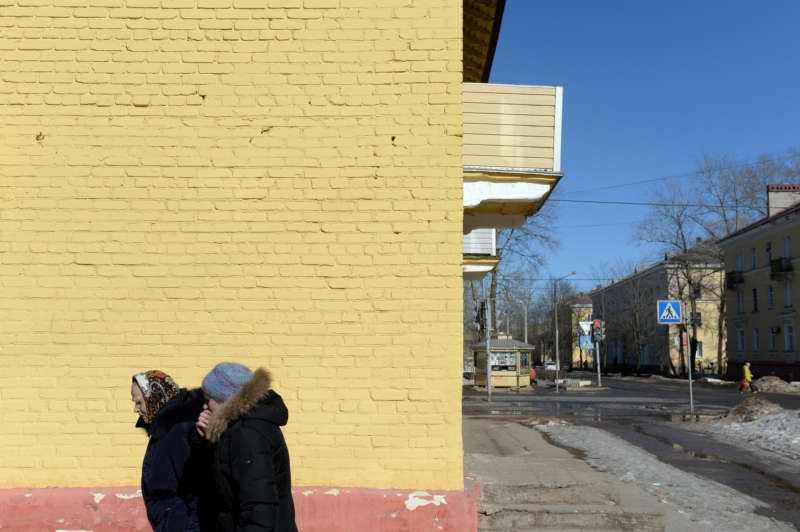 Russian hackers have been making front pages recently in the United States and Europe, but few people in Russia seem to care or even notice. The Russia of international media and the Russia that we, Russians, know from the inside could not be further apart.

Abroad, President Vladimir V. Putin is seen to be upsetting the post-Cold War balance of power in Europe, pushing the United States out of the Middle East and instigating a nationalist-demagogic resurgence across the Western world. Having just helped install an American president of his choosing, he has even more king-making opportunities awaiting him in 2017, in elections set for the Netherlands, France and Germany.

This, at least, is what one gleans about Mr. Putin’s abilities from the Western press. But little about these feats, whether they are exaggerated or not, resounds domestically. When reported in Russia, they come across as part of the general white noise that Moscow’s state-run media create every day.

Most news on Russia’s heavily controlled television, the media of choice for most Russians, is international, not domestic. But when the Vladimir Putin of the reports from Aleppo or Tokyo is offered to the audience, Russians see him as some distant international entity whose actions have little to do with anything happening in their own lives.

Back here, it is outright scary. The latest horror is a mass poisoning in the Siberian city Irkutsk. This month 71 people were reported dead after drinking hawthorn berry tincture made with alcohol. The liquid, sold as scented bath soap, was marked “not for ingestion,” but people bought it for that purpose because it was cheap — 70 rubles ($1) a bottle. One shipment proved deadly because the alcohol in it was methanol, not the customary ethanol.

Similar liquids are sold and commonly used as booze by destitute alcoholics throughout recession-ridden Russia, where even people with average incomes hoard cash and switch to cheaper goods during hard times. The cheapest legitimate vodka commands the controlled price of 190 rubles, or $3, in grocery stores; the alcoholics at the bottom of the income chain cannot afford even counterfeit vodka, which sells at about 100 rubles ($1.60) a bottle. The Russian Research Center of Federal and Regional Markets for Alcohol estimates that about 10 to 12 million people fit that description.

News of this sort could take up much more television time, and spark more public conversation, if it were not already being spent on the war in Syria, the refugee crisis in Europe or primaries in France. Those events are what feature prominently in the media diet fed to every Russian. If the domestic agenda really were the center of public attention, people would have to face the reality not just of pauper drunkards, but also of children dying in a foster home because of a lack of funding. In that newsworthy event last August, also from Irkutsk, a state-run foster home had too little money to provide adequate treatment for its young charges, three of whom died during a dysentery epidemic.

Incomes are declining, and poverty is on the rise. The economic slump that started in 2014 hit those least protected. Since 2013, the number of people living below the official poverty line has grown from 15.5 million to 21.4 million this year — 14.6 percent of the population. The official threshold of poverty currently stands at 9,889 rubles a month ($160). If a European formula for poverty measurement (60 percent of median income) were used, the figure would be much higher.

This is the unseemly flip side of the agile and unpredictable power that the world sees on television screens. It would be tempting to think that Russia’s newly assertive and costly foreign policy was a direct reason for the failing economy and deteriorating quality of life. In fact, the cause-and-effect sequence may be the other way around. The annexation of Crimea and Moscow’s later aggressive moves were not just responses to one particular event, a Western-instigated revolution in Ukraine. They were natural consequences of the Kremlin’s decision to put Russia on the kind of path it is on now.

Behind Russia’s recession, which is slowly morphing into stagnation, are the weakened price of oil in recent years and some longer-term factors, like the state’s growing role in economic matters and an unwelcoming business climate. The decline started long before Moscow went into Ukraine or Syria. The systemic nature of the current crisis is underscored by the fact that even with the oil price hovering at $50 a barrel, the Russian Finance Ministry does not project the country’s economy growing faster than 1.5 percent annually, all the way to 2030.

This is a man-made situation, not destiny. Central control of what Mr. Putin calls strategic economic assets and a heavily controlled social order have been his priorities since he took power in 2000. He dismantled the fledging competitive political scene Russia had in the late 1980s and the 1990s, got rid of most independent institutions and renationalized the economy. The share of state-owned and state-controlled companies contributing to gross national product increased from 35 percent in the early 2000s to 70 percent now. The number of state and municipal unitary enterprises tripled just from 2013 to 2015. “Russia now has the kind of state monopoly capitalism that troubled Vladimir Lenin so much more than a century ago,” Boris Grozovsky, a prominent writer about the Russian economy, concluded recently in an article for The Russia File.

The economic basis for agility in Russia’s current foreign policy is not much stronger these days than it was 100 years ago, before the Russian Revolution, and the concentration of wealth in a closed circle of the privileged few is similar. Nevertheless, morale is higher. The difference, of course, is that this time the modern czar has made himself popular. Nicholas II, the last czar of Russia, was never truly loved, and during the late days of his empire he became a forlorn and sad figure. His people and his inner circle abandoned him, leading even convinced monarchists to support his abdication in the face of revolution in 1917.

Every Russian ruler is haunted by that vision. Mr. Putin’s project all along has been to stave off anything remotely resembling the popular uprisings or betrayals by the elites in Russia’s past. To reach this goal he has consolidated the power of the state in politics and the economy. But attaining the kind of security for his regime that he considers foolproof meant losing on the economic front.

The result: Now a deep sense of insecurity among the public has continued to spread, rather than abate. And a realization that Russia — with its renationalized economy and aging population — is now incapable of competing on equal economic and political terms with other major powers may have led the Kremlin to believe that it can compete only by other means — namely by displaying no hesitation at using force or covert influence to claim Russian greatness again.

Maxim Trudolyubov, editor at large at the business newspaper Vedomosti, writes The Russia File blog for the Kennan Institute and is a fellow at the Bosch Academy in Berlin.