Something snapped. I was 13 years old, dreaming of books and girls and nothing else — a healthy Dutch kid with a Moroccan background who freewheeled through life. Then something happened that made me feel different from the pack. One day in history class, the fatwa against Salman Rushdie became the subject. Our teacher talked about freedom of expression; I talked about insulting the Prophet. There was an awkward silence. What was that Abdelkader guy talking about? Fatwhat?

But our teacher, Mr. Fok, understood me. He claimed the fatwa didn’t make sense. How could somebody be offended by fiction? How could using one’s imagination lead to the death sentence? 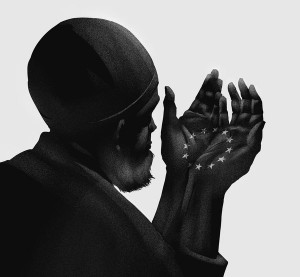 I remember standing up, my voice rising as I struggled to make an argument about the holiness of the Prophet to me and my community. And the more Mr. Fok responded with cold and rational analysis the angrier I got. Didn’t he get that this was about more than reason and common sense? Didn’t he get that mocking the Prophet was a moral crime?

My classmates looked at me like a madman. By then I was standing and shouting. I’d never felt such anger before. This wasn’t about a novel, this was about me. About us. I wanted revenge. Mr. Fok just looked at me, amazed by my temper and a bit annoyed, and dismissed me from class.

For the first time in my life I felt what it meant to be Muslim. I didn’t want to feel that way. I wanted to blend in, to look normal like the other kids in my class. After the frustration and anger ebbed, I felt shame — for letting my religion down, letting my family down, letting myself down. Shame for an anger I didn’t understand.

I grew up in a relatively traditional Moroccan family. We observed Ramadan but my father rarely went to the mosque. There were two books in our house, the Quran and the phone book. We never looked at either of them.

We didn’t talk much about the fatwa but it was impossible to ignore. Muslims were marching through the streets of Rotterdam. It was the first time we felt seen as part of a community that had questions to answer: Which side are you on? Why are you offended? Where does this anger come from? Can Islam coexist with Western values?

The world didn’t stop reminding me I was a Muslim. My name, my background, my skin, my family and the events unfolding in the world all led to more self-questioning.

Islam told me God is One and the Prophet is his messenger. Adhere to the five pillars and all will be well. But we were living in a non-Muslim country. But I wasn’t Dutch, nor was I secular. I had to find a way to reconcile my religious background with a secular world. I felt orphaned.

And resolving that dilemma is much harder in a secular society that seems to have stopped struggling with these big questions altogether.

In the end, I didn’t find the answers in holy texts. I found them in literature.

I read Kafka’s “Metamorphosis” and Camus’ “The Plague.” I thought back on my younger days lashing out against “The Satanic Verses.” I remembered sneaking into a bookshop and seeing the book piled up ready to be read but my English was insufficient to understand it. The book turned me away; the curiosity stayed.

When I was 17, I found “The Satanic Verses” tucked away in a school library. I grabbed it, started reading and was mesmerized. Here was a young man struggling with his faith in a faithless world — an immigrant son from a deeply religious home thrown into a world where everything is embraced and nothing is sacred. It confirmed what I had felt deep inside: a free and open society is a threat to religious people. Their religion will be mocked — sometimes even suppressed — and this will provoke anger.

And now it’s happening again. The rise of extremists who lure young Muslims in the West with visions of Islamic utopia is creating nausea among European Muslims. Boys and girls are leaving their families and being converted into killing machines. They are leaving not from Baghdad but from Brussels and The Hague. We insist that this can’t be our Islam and if this is Islam we don’t want it. But I know from my own experience that the lure of extremism can be very powerful when you grow up in a world where the media and everyone around you seems to mock and insult your culture.

And European governments are not helping fight extremism by giving in to Islamophobia cooked up by right-wing populists. What I see is a lack of courage to embrace the Muslims of Europe as genuinely European — as citizens like everyone else.

One of the first people the terrorists in Paris killed was one of us: Mustapha Ourrad, an Algerian-born copy editor at Charlie Hebdo. Then they killed another Muslim: the police officer, Ahmed Merabet. The killers didn’t take mercy on them. In the name of Islam they killed Muslims. And every time a European Muslim sees that image of Mr. Merabet’s last moments, he sees himself lying there on the cold pavement. Helpless. And the next question will be: What will I say tomorrow at work or at school?

What happened last week is not about lack of humor, or a failure to understand caricature. Nor is it about hatred of the West. It’s about anger taking a wrong turn.

What makes us human and creative is our doubt. But doubt on its own can turn into anger and fundamentalism.

As the French writer Michel Houellebecq said in an interview: “People cannot live without God. Life becomes unbearable.” The terrorists found their God in a godless society. Charlie Hebdo mocked their God by declaring him nothing more than a cartoon. They came back to rescue their God and left 12 dead behind. They fell prey to a powerful delusion.

It was the same delusion I felt as a teenager: that by attacking the messenger your anger will disappear and you will be victorious. But the only way to conquer your anger is to understand where its roots lie. For me the freedom to doubt, to not choose sides and to feel empathy for characters and people with whom I disagree was liberating. Today I still embrace my Islamic background, but without the dogma, repression and strict adherence to ritual.

Since 9/11, so many European Muslims have also doubted their belonging. Do they belong to the Paris of Voltaire or the Mecca of Muhammad? It’s the wrong question.

Muslims are every bit as European as the Roma, gays, intellectuals, farmers and factory workers. We have been in Europe for centuries and politicians and the press must stop acting is if we arrived yesterday. We are here to stay.

Abdelkader Benali, a novelist, is the author of Wedding by the Sea.