In science, as in other realms, the great and the mighty command our attention and dominate the headlines. See, for example, the recent discoveries of Dreadnoughtus schrani (the biggest dinosaur) and EGS-zs8-1 (the farthest galaxy). But this year, as NASA’s New Horizons spacecraft sped through the outskirts of the solar system, a cherished underdog stole the show: the dwarf planet Pluto.
From Our Advertisers

In July, after a nine-year, three-billion-mile journey, New Horizons flew by Pluto at more than 30,000 miles per hour, transmitting back to Earth a treasure trove of stunning images and fascinating data, which continue to arrive. In fact, the sharpest views of Pluto are reaching us only now, five months after the all-too-brief close encounter.

Pluto’s turn in the limelight is a heartwarming moment for champions of the cosmic downtrodden. Discovered by the American astronomer Clyde Tombaugh in 1930, Pluto was considered a planet until 2006, when the International Astronomical Union voted to reclassify it as a dwarf planet, in part to avoid having to elevate the stature of several newly discovered objects of similar size on the fringes of the solar system. 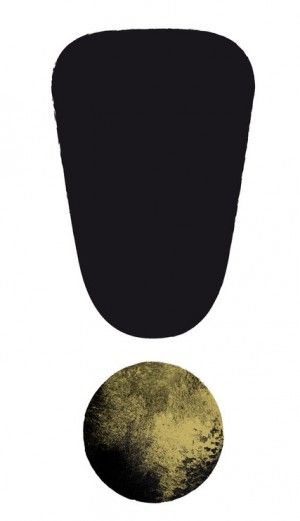 Many reacted negatively to Pluto’s demotion. Schoolchildren called prominent scientists heartless. Comedians made bad jokes about Pluto being banished to a doghouse in the sky. Protesters, along with the widow and son of Clyde Tombaugh, gathered on the campus of New Mexico State University (where Professor Tombaugh taught), some carrying placards that read “Size Doesn’t Matter.”

Several state legislatures even adopted resolutions affirming Pluto’s planethood, notwithstanding the International Astronomical Union’s new definition. The Illinois Senate’s resolution included an appeal to patriotism, pointing out that Professor Tombaugh was the “only American to ever discover a planet.” The Assembly of the State of California was more philosophical, expressing concern for the “psychological harm to some Californians who question their place in the universe and worry about the instability of universal constants.”

But this summer, all such worries were forgotten: Pluto was back with a vengeance. The glamour shots from New Horizons transformed Pluto from a fuzzy point of light to a full-fledged world with a distinct identity. Scientists offered breathless commentary as close-up images revealed a variety of geological phenomena, including vast plains dotted with craters and flowing glaciers, and huge chasms and tectonic ridges on Charon, the biggest of Pluto’s five moons. Looking at the images, you could almost imagine trekking through the icy terrain of the Texas-size region called the Sputnik Planum and staring out at the crumpled mountain ridges in the distance.

Planetary scientists will pore over the New Horizons data for decades, but they have shared some early findings already. We have learned that Pluto is a bit bigger, and less dense, than most previous estimates, making it the largest solar system object beyond Neptune, at least for now. In addition, it turns out that Pluto’s sky features widespread hazes, rich in hydrocarbons like acetylene and ethylene. A plasma cloud trails the dwarf planet for tens of thousands of miles, as the solar wind slowly strips away its already-tenuous atmosphere.

Some of Pluto’s attributes are easier to make sense of than others. Researchers believe that complex hydrocarbon compounds account for the reddish hue of Pluto’s surface, but the unusual properties of its small moons defy easy explanation (they spin faster, and wobble more, than scientists expected). It also came as a surprise to many that the New Horizons flyby did not uncover any more moons, beyond the five already known. Meanwhile, scientists are pondering new evidence that suggests that some of Pluto’s mountains might be “ice volcanoes,” spewing not lava but a slurry of frozen water and other ingredients.

For those who mourned Pluto’s downgrade, its return to the fore is sweet revenge. The wow factor of the New Horizons data is undeniable, especially in the case of a magnificent parting shot of Pluto, with streaming sunlight throwing into relief its rugged inhospitable landscape and many layers of atmospheric haze. Thanks to these revelations, rather than lamenting Pluto’s identity crisis, now we can focus on its many splendors.

Ray Jayawardhana, the dean of science at York University in Toronto, is the author, most recently, of Neutrino Hunters: The Thrilling Chase for a Ghostly Particle to Unlock the Secrets of the Universe.