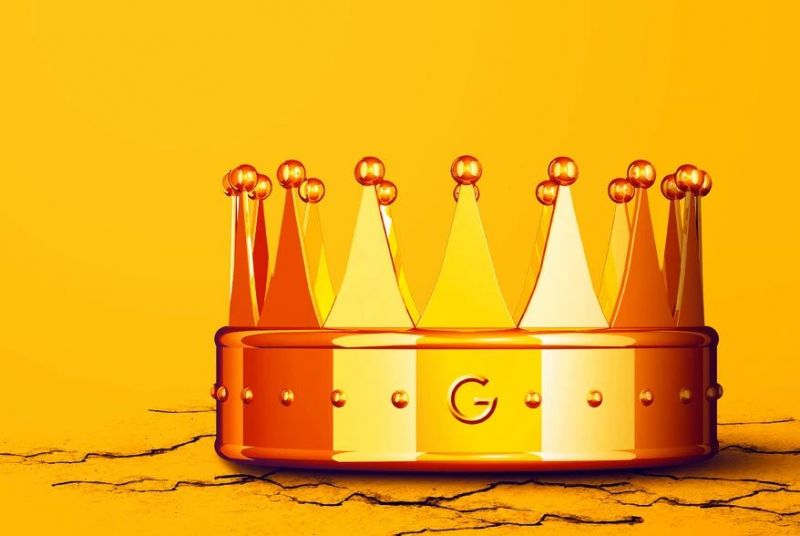 Google processes more than three billion search queries a day. It has altered our notions of privacy, tracking what we buy, what we search for online — and even our physical location at every moment of the day. Every business trying to reach mass-market consumer demand online knows that Google is the gatekeeper.

The fact that it is a monopoly, with an almost 90 percent share of the search advertising business, is a given that we have all come to accept. It’s Google’s world; we just live in it. So it matters how this company works — who it hires, who it fires and why.

When a company is dominant enough, it sets the tone for an entire era. In the fall of 1985, I was working as a vice president in the media mergers and acquisitions group at Merrill Lynch in Los Angeles. I would occasionally have to show up for a meeting at 5 a.m. in the Beverly Hills office of Drexel Burnham Lambert. I would do this because Mike Milken, the king of junk bonds at Drexel, would demand it — once the trading day started at 6:30 a.m., he was unavailable.

Executives were terrified that Drexel would start a raid on their companies. Politicians would seek Mr. Milken’s counsel and his money. His “who’s going to stop me?” attitude was the perfect libertarian credo for the Reagan era of deregulation. Drexel gave us culture, too — “Barbarians at the Gate,” “The Bonfire of the Vanities” and Gordon Gekko in “Wall Street” telling us that “greed is good.” But Drexel flew too close to the sun. Mr. Milken went to prison and Drexel is no more.

Last week, Google fired a software engineer for writing a memo that questioned the company’s gender diversity policies and made statements about women’s biological suitability for technical jobs.

“Portions of the memo violate our code of conduct and cross the line by advancing harmful gender stereotypes in our workplace,” Google’s chief executive, Sundar Pichai, wrote in a companywide email.

It’s impossible to believe that Google or other large tech companies a few years ago would have reacted like this to such a memo. In 2011 when CNN filed a Freedom of Information Act request for the workplace diversity data on big tech companies, Google, among others, asked the Department of Labor for its data to be excluded. The company said that releasing that information would cause “competitive harm.” It was not until 2014 that Google began to disclose statistics showing that only 17 percent of its technical work force was female.

The rise of Google and the other giant businesses of Silicon Valley have been driven by a libertarian culture that paid only lip service to notions of diversity. Peter Thiel, one of the ideological leaders in the Valley, wrote in 2009 on a blog affiliated with the Cato Institute that “since 1920, the vast increase in welfare beneficiaries and the extension of the franchise to women — two constituencies that are notoriously tough for libertarians — have rendered the notion of ‘capitalist democracy’ into an oxymoron.”

If women should not even have the vote, why should we worry about gender diversity in the engineering ranks?

Today Google is under growing scrutiny, and the cognitive dissonance between the outward-facing “Don’t be evil” stance and the internal misogynistic “brogrammer” rhetoric was too extreme.

Google had to fire the offending engineer, James Damore, but anyone who spends time on the message boards frequented by Valley engineers will know that the “bro” culture that gave us Gamergate — an online movement that targeted women in the video game industry — is much more prevalent than Mr. Pichai wants to acknowledge.

Google employees who opposed Mr. Damore found their internal company profile pictures posted on Breitbart, the Verge reported. “What really gets me is that when Googlers leaked these screenshots, they knew this was the element of the internet they were leaking it to,” a former Google employee said. “They knew they were subjecting their colleagues to this type of abuse.”

The company canceled a planned all-hands meeting on Thursday, citing concern about harassment.

For much of the short life of Silicon Valley, America has held a largely romantic view of the tech industry. Men like Steve Jobs and Bill Gates were held in high esteem. But increasingly, companies like Google, Amazon and Facebook are coming under the same cultural microscope that questioned the “greed is good” culture of the 1980s. Viewers of the comedy series “Silicon Valley” note that uber-libertarianism and uber-geek machismo go hand in hand. And certainly Mark Zuckerberg was not happy with his portrayal in David Fincher’s “The Social Network,” nor could anyone in the Valley be happy with Dave Eggers’s novel “The Circle” or Don DeLillo’s “Zero K.”

The effects of the darker side of tech culture reach well beyond the Valley. It starts with an unwillingness to control fake news and pervasive sexism that no doubt contributes to the gender pay gap. But it will soon involve the heart of Google’s business: surveillance capitalism. The trope that “if you are not paying for it, you aren’t the customer — you’re the product” has been around for a while. But now the European Union has passed the General Data Protection Regulation, which will go into effect next May. This regulation aims to give people more control over their data, so search engines can’t follow them everywhere they roam online. It will be an arrow to the heart of Google’s business.

We have an obligation to care about the values of the people who run Google, because we’ve given Google enormous control over our lives and the lives of our children. As the former Google design ethicist Tristan Harris points out, “Without realizing the implications, a handful of tech leaders at Google and Facebook have built the most pervasive, centralized systems for steering human attention that has ever existed, while enabling skilled actors (addictive apps, bots, foreign governments) to hijack our attention for manipulative ends.”

The future implications of a couple of companies’ having such deep influence on our attention and our behavior are only beginning to be felt. The rise of artificial intelligence combined with Google’s omnipresence in our lives is an issue that is not well understood by politicians or regulators.

America is slowly waking up both culturally and politically to the takeover of our economy by a few tech monopolies. We know we are being driven by men like Peter Thiel and Jeff Bezos toward a future that will be better for them. We are not sure that it will be better for us.

As George Packer, writing in The New Yorker in 2011, put it, “In Thiel’s techno-utopia, a few thousand Americans might own robot-driven cars and live to 150, while millions of others lose their jobs to computers that are far smarter than they are, then perish at 60.”

Somehow the citizens of the world have been left out of this discussion of our future. Because tools like Google and Facebook have become so essential and because we have almost no choice in whether to use them, we need to consider the role they play in our lives.

By giving networks like Google and Facebook control of the present, we cede our freedom to choose our future.

Jonathan Taplin is the director emeritus of the University of Southern California’s Annenberg Innovation Lab and the author of Move Fast and Break Things: How Google, Facebook and Amazon Cornered Culture and Undermined Democracy.