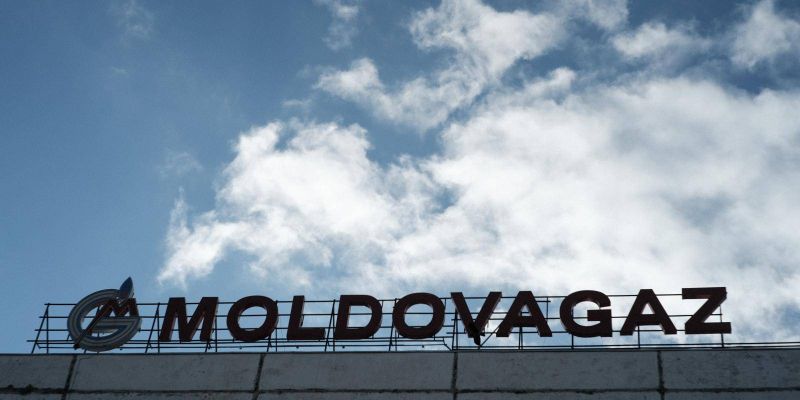 In October, Moldova came under the spotlight when Russia, its primary provider of gas, slashed supplies by a third and refused to extend the existing contract.

The crisis was resolved at the end of October when Russia and Moldova signed a new contract, in which Moscow has used Moldova’s gas dependence to extract geopolitical concessions, weaken the new pro-western Chisinau government and drive a wedge between the EU and Moldova.

A chronic failure to reform

Up until 2020, when pro-reform forces came to power, Moldovan politics offered rapid route to riches for both the nominally pro-European parties and the pro-Russian Socialist Party; each was responsible for playing up ethnic and geopolitical cleavages in the country to mobilize votes and shore up legitimacy.

These predatory elites hollowed out Moldova economically and politically by a chronic failure to reform, in particular the energy sector which became a major source of rent.

However, this started to change when the pro-reform forces came to power as a result of the 2020 presidential and then 2021 parliament elections. The pro-reformist Maia Sandu defeated the incumbent president Igor Dodon (58 per cent to 42 per cent) in November of that year. And then her party got 58 per cent of the vote in the parliamentary elections which followed in July 2021.

Her Party of Action’s (PAS) winning formula was to focus on corruption and domestic reforms – rather than playing the ‘geopolitical’ card, a favourite strategy of their predecessors. As Sandu put it, the elections marked ‘the end of the reign of thieves in Moldova’.

A gas crisis is initiated

Russia’s response to these results was to initiate a gas crisis. Up until the victory of the pro-reform forces, Russia had annually renewed a gas contract signed in 2007. However, in September 2021, Russia refused to renew the contract as it had done many times before and instead insisted on a new contract, which allowed Russia to create linkages between energy prices, debt settlement, a halt on energy market reforms and, it can be logically inferred, further integration with the EU.

Moldova’s national energy company, Moldovgaz, is 63.5 per cent de facto owned by Gazprom with the Moldovan government owning the remaining 35.5 per cent. (Moldova was forced to give Gazprom a controlling stake when faced with a cut in supplies in January 2006). It is therefore hardly surprising that no efforts were made to de-monopolise the sector and diversify energy supplies.

This lack of modernization can be explained by the somewhat surreal fact that in any negotiations and planning, Moldovagaz – majority owned by Gazprom – represents the Moldovan side in negotiations with Gazprom. So, when it came to signing of the new five-year contract in October 2021, Russia, through Gazprom, was able to institute a contract which made gas prices conditional on various geopolitical conditions.

It is noteworthy that Moldova’s original 2007 gas contract had been renewed annually despite the supposed accrual of debt. However, the very nature of this debt is suspect. While Moldova’s debt is said to be approximately $700 million, the debt of the much smaller breakaway Transnistria was around $7.3 billion.

The exact level and source of the debt remain murky. Russia appears to be making Moldova liable to repay at least some of Transnistria’s debt while only demanding the debt settlement with Moldova, but not with Transnistria.

Moreover, the contract is used to derail liberalisation of the energy market in line with EU’s energy market rules (through the so-called unbundling of supplies and distribution) which Moldova had committed itself to since the country joined the Energy Community in 2010.

Referring to ‘the non-application of forced reorganization and sanctions against Moldovagaz’, the new gas contract forces Moldova to postpone implementing the unbundling of supplies and distribution by making it conditional on resolving the energy debt.

Furthermore, Moldova ominously agreed to create an ‘intergovernmental commission on economic cooperation’ with Russia, which effectively blocks Moldova’s economic integration with the EU. (This demand is hardly new as Russia previously requested, and was granted, a seat at the negotiating table on a bilateral trade agreement between the EU and Ukraine. The trilateral EU-Ukraine-Russia negotiations have made it clear that Russia is seeking a veto over European integration of all neighbouring countries.)

It was thwarted at the last minute but the Russian leadership has not given up on its plan. Now using his position as the deputy head of Presidential Administration, Kozak is masterminding Russia’s rehashed policy towards Moldova and has attempted to bring back his Memorandum as a political blueprint for a ‘settlement’.

The new Moldovan government is caught in a crossfire of domestic expectations and Russian geopolitical demands. The gas crisis shows that while the new government may wish for geopolitics to go away, they are a weapon Russia will deploy at will.

The Moldovan government is brand new so it has relatively little experience of dealing with Russia’s heavy-handed ‘energy diplomacy’. But the EU has been on the receiving end of this before – this is a direct replica of Russia’s strategy toward Armenia and Ukraine – and neither ended well for the target countries or for the EU.

So, Russia’s plans for Moldova are likely to have similar consequences for the EU’s latest attempts to be a convincing foreign policy actor.

In crisis meetings with Moldova, the EU offered €60 million in grants and promises of alternative gas supplies. This was important but not enough to off-set the pressure due to additional costs of buying on the gas spot market. In other words, the EU again failed to respond appropriately to Russia’s well-rehearsed manoeuvre.

While the EU needs to boost its capacity and agility when offering support to withstand Russian pressure, the new Moldovan authorities need to be more explicit about the challenges they face. Keen to differentiate itself from the previous government, the new authorities actually denied that this was geopolitical, instead labelling it a commercial issue. This can only embolden Russia, which saw how easy it is was turn reform-minded elites.

Gas is part of the bigger story. There is more to come and it is not going to be easy. The Kremlin will seek to turn Moldova into its latest political ‘trophy’.