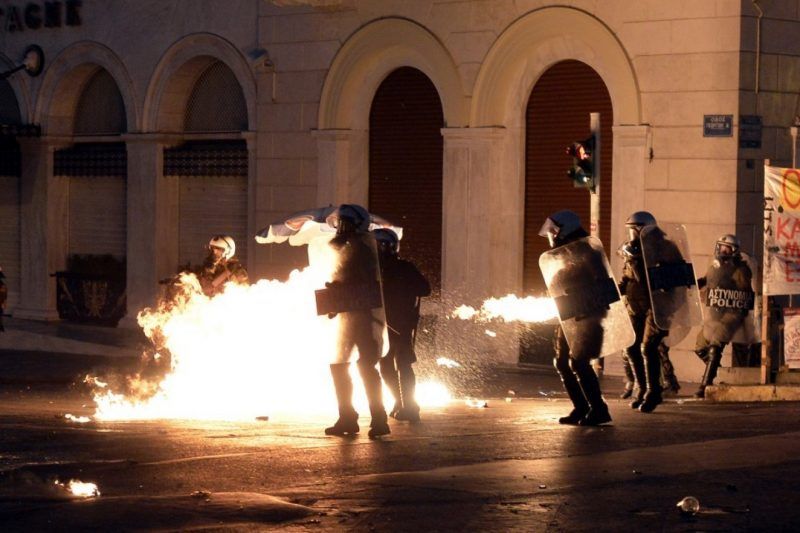 The Greek government’s ongoing attempts to imprison Andreas Georgiou will reshape the Greek economy — in ways that may last for decades. Georgiou is a statistician who’s been accused by the government of inflating data on the size of the Greek deficit. He’s awaiting trial — for telling the truth about the Greek economy.

Georgiou has been acquitted in four trials since 2011, most recently in December. Greek politicians are still pushing the case, which is now at the Greek Supreme Court. Georgiou appears to be a convenient scapegoat for Greek politicians trying to avoid blame for their country’s ongoing financial crisis.

The prosecution of Georgiou undermines the rule of law. As a member of the European Union, the Greek statistical office is required to follow E.U. accounting rules. By prosecuting Georgiou for following those rules, the government is telling other bureaucrats that they must break the rules if they want to stay out of jail. In particular, they are signaling to government statisticians that it is dangerous to report bad news about the economy.

Prosecuting statisticians effectively lets Greek politicians shut off the flow of reliable public information about the economy. If statisticians fear the consequences of publishing negative information, then it is in their best interest to hide bad news.

In the absence of truthful government statistics, what happens next?

In a new paper in the Journal of International Business Studies, we examine what types of foreign investors are best equipped to deal with information voids like the one developing in Greece. We compare foreign direct investors, who own and control companies directly; foreign portfolio investors, who invest in stocks and bonds; and foreign banks, who lend to firms across the local economy.

Here’s what we found: Banks have a distinct advantage over other foreign investors because they can access private information about the local economy and are less dependent on reports from government statisticians like Georgiou.

Foreign banks gain information about the countries they invest in from deep, long-term engagement in those economies. Banks often have a network of branches spread across the country and lend across multiple sectors of the economy. Banks also enjoy cozy relationships with finance ministries, central banks and other government officials.

Many banking professionals move back and forth between government and the private sector during their careers. So even when publicly accessible data about the economy dries up, foreign banks have other means of staying informed.

Our research also shows that portfolio investors and direct investors tend to reduce their investment in response to information voids because they lack similar access to private information. The scarcer that local public information becomes, the larger the advantage that banks enjoy over other foreign investors.

As long as investors lack faith in the reliability of the Greek government’s economic data, this advantage will persist. This is bad news for the Greek economy, as foreign direct investment is important for generating economic growth. Foreign firms tend to pay higher wages than local firms and also transfer valuable knowledge and expertise. When foreign firms engage in direct investment, that information and technology can spread to the local economy.

Reduced portfolio investment is also a painful loss for the Greek economy, which is characterized by large numbers of small, credit-constrained firms. Attracting foreign capital is particularly important for the Greek economy now as it struggles to pull out of its recession. Greece can ill afford to compound its economic problems unnecessarily.

The Greek statistical office is now under the leadership of Athanasios Thanopoulous, and the office remains formally committed to improving and securing the quality of statistics and following E.U. statistical frameworks. The International Monetary Fund has also been sending an observer during the recording of the country’s annual fiscal data.

Credibility, however, is not easily rebuilt. As Georgiou’s trial progresses, shadows of doubt will remain over even the most carefully generated data, and foreign investors are likely to remain skeptical of public economic data for quite some time. This may not be so bad for foreign banks, but it is bad news for Greece in general.

Anbar Aizenman and Anisha Chinwalla are research interns in the Security and Political Economy (SPEC) Lab at the University of Southern California.

Benjamin A.T. Graham is an assistant professor of international relations at the University of Southern California.