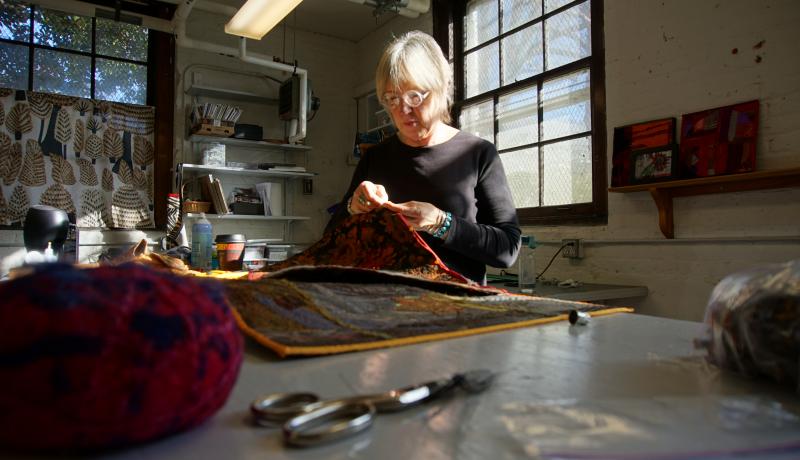 One of the best kept secrets in economic development is the power of older, rural women entrepreneurs to boost social and economic prosperity, locally and globally. The lack of recognition is due, in no small part, to the pervasive negative perception of ageing.

When governments confront the global ageing phenomenon, they are often overwhelmed by the challenges, especially the cost, of the healthcare, pensions, welfare and other social programs needed to support demographic projections. But thinking about older generations primarily as a liability obscures how much they can be an asset.

First and foremost, senior entrepreneurship is not an oxymoron. Research from the Global Entrepreneurship Monitor shows that, contrary to the traditional perception that entrepreneurship is a young person’s endeavour, the highest rate of business start-up activity globally over the past decade has been among people aged 55–64.

Especially relevant is the fact that in the majority of countries older women entrepreneurs outnumber men. Moreover, recent studies show that their businesses – built upon years of expertise and experience – are more likely to succeed, with 70 per cent lasting more than five years, versus 28 per cent created by young entrepreneurs.

With approximately 16 per cent of the world’s population aged 55 years or older today, this entrepreneurial activity directly affects more than 1.2 billion people. This impact will grow as the world population continues to age and life expectancy increases. (According to the WHO World Report on Ageing and Health, the number of people over the age of 60 is expected to double by 2050.)

Qualitative data that I have gathered in interviews with senior entrepreneurs and policymakers highlights some of the inherent strengths that equip older women to excel at entrepreneurship. Older women are highly motivated. With no blueprint for what to do with their gift of extended longevity, they are designing new lives, optimizing their life and work experience to pursue non-traditional career paths or create businesses of their own – from micro- to multi-million-dollar ventures. Key character traits include passion for learning new things, practical optimism, dynamism, ability to figure things out, willingness to take risks, resilience, empathy and eagerness to help others.

Two women, one in rural Wisconsin in the US and one in Australia’s Northern Territory, are prime examples of older entrepreneurs living in rural areas who are adept at identifying innovative and creative activities that drive economic growth and social benefits for their communities.

Jill Kerttula’s ‘involuntary retirement’ and unsuccessful search for a new job at age 58 prompted her to examine if the fibre art she loved doing as a hobby could generate income. She decided to risk investing $1,000 in a special sewing machine and began to design and reconstruct sweaters at her home in Wisconsin and sell them on Etsy, the world’s largest online marketplace for handmade goods.

Her unique sweaters found an audience. Selling at $300 and up, Jill's profit margins were significant. Key to her success is low overhead. She works from her home, has only one employee and takes the finished sweaters to the local post office herself for shipping. Her cost of goods is minimal as she sources her fabrics at charity-based resale shops. Kerttula takes pride in saving materials that otherwise may have been destined for landfills. She says, ‘All my suppliers are chosen for their philanthropy and good works in hope of also keeping my business eco-friendly and socially responsible.’

Kerttula was reluctant to call herself an entrepreneur until it was pointed out the economic impact she was creating in her rural community: the suppliers from whom she purchases her fabrics and sewing materials, the employee she is paying, the postal service delivering her products, the internet provider connecting her to a virtual marketplace, even the gas she purchases to handle these tasks. It is a small but valuable supply chain that is boosting prosperity in her rural community.

Karen Sheldon started her career as a chef at the remote Barrow Creek Roadhouse, 280 kilometres north of Alice Springs in Australia's Northern Territory. She'd never cooked before but she had a desire to learn and an understanding boss. Even more valuable, she was mentored by a group of local Indigenous women who whet her appetite for Aboriginal culture and local flavours. She went on to open her own restaurant called the Dolly Pot, after a tool the local miners used. It became an iconic, award-winning restaurant and she went on to build a catering business which eventually grew to 11 locations across Australia.

She was able to convert this success into tangible benefits for her local community. At the age of 60, Sheldon launched the territory's first Vocational Training and Employment Centre, where she provides training for Indigenous jobseekers. Three years ago, in her mid-70's, she founded Saltbush Mob, which worked with the Department of Heath to develop a therapeutic programme, case management model and aftercare programme that provides cost effective, results-driven and sustainable solutions to the territory’s alcohol abuse issues.

Community-based economic development is driven by entrepreneurs like Kerttula and Sheldon, but broader success is dependent upon engaged community stakeholders building an infrastructure of cross-sector support  such as education programmes, capitalization, policy and research. And cross-sector should also include cross-generational: enterprise opportunity grows when the technology and social media experience of the young can be combined with the life and work experience of older entrepreneurs.

It is encouraging that these issues are getting wider attention – the priority theme of the 62nd UN Commission on the Status of Women, which began on 12 March, includes ‘the empowerment of rural women and girls’. But there is a lot to be done, especially in terms of designing quantitative research to measure the social and economic impact of rural women entrepreneurs aged 50+ worldwide. The world cannot afford to miss harnessing the potential of this overlooked demographic.