The Ebola epidemic in West Africa has killed more than 10,000 people. If anything good can come from this continuing tragedy, it is that Ebola can awaken the world to a sobering fact: We are simply not prepared to deal with a global epidemic.

Of all the things that could kill more than 10 million people around the world in the coming years, by far the most likely is an epidemic. But it almost certainly won’t be Ebola. As awful as it is, Ebola spreads only through physical contact, and by the time patients can infect other people, they are already showing symptoms of the disease, which makes them relatively easy to identify. 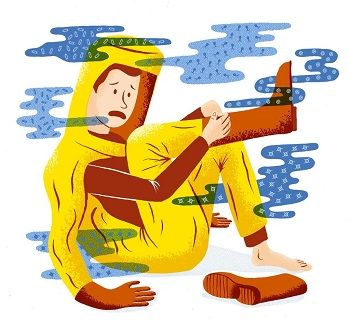 Other diseases — flu, for example — spread through the air, and people can be infectious before they feel sick, which means that one person can infect many strangers just by going to a public place. We’ve seen it happen before, with horrific results: In 1918, the Spanish flu killed more than 30 million people. Imagine what it could do in today’s highly mobile world.

Much of the public discussion about the world’s response to Ebola has focused on whether the World Health Organization, the Centers for Disease Control and Prevention and other groups could have responded more effectively. These are worthwhile questions, but they miss the larger point. The problem isn’t so much that the system didn’t work well enough. The problem is that we hardly have a system at all.

To begin with, most poor countries, where a natural epidemic is most likely to start, have no systematic disease surveillance in place. Even once the Ebola crisis was recognized last year, there were no resources to effectively map where cases occurred, or to use people’s travel patterns to predict where the disease might go next.

Then, once it became clear that a serious emergency was underway, trained personnel should have flooded the affected countries within days. Instead it took months. Doctors Without Borders deserves a lot of credit for mobilizing volunteers faster than any government did. But we should not count on nonprofit groups to mount a global response.

Even if we signed up lots of experts and volunteers right away, it’s not clear how we would deploy them quickly into the affected area, or how we would transport patients. Few organizations are capable of moving thousands of people, some of them infected, to different locations on the globe with a week’s notice.

The Ebola epidemic might have been a lot worse if the United States, Britain and other governments had not used military resources to fly people and equipment into and out of affected areas. But we should not assume that the next epidemic will limit itself to countries that welcome Western troops.

Data is another crucial problem. During the Ebola epidemic, the database that tracks cases has not always been accurate. This is partly because the situation is so chaotic, but also because much of the case reporting has been done on paper and then sent to a central location for data entry.

Then there’s our failure to invest in effective medical tools like diagnostic tests, drugs and vaccines. On average it has taken an estimated one to three days for Ebola test results to come back — an eternity when you need to quarantine people until you know whether they’re infected. Drugs that might help stop Ebola were not tested in patients until after the epidemic had peaked, partly because the world has no clear process for expediting drug approvals.

Compare all this to the preparation that nations put into defense. Armies have systems for recruiting, training and equipping soldiers. NATO has a mobile unit that is ready to deploy quickly. Although the system isn’t perfect, NATO members do joint exercises where they work out logistics like how troops will get food and what language they will use to communicate.

Few if any of these approaches exist for an epidemic response. The world does not fund any organization (not even the W.H.O.) to coordinate all the activities needed to stop an epidemic. In short, in a battle against a severe epidemic, we would be taking a knife to a bazooka fight.

I believe that we can solve this problem, just as we’ve solved many others — with ingenuity and innovation.

We need a global warning and response system for outbreaks. It would start with strengthening poor countries’ health systems. For example, when you build a clinic to deliver primary health care, you’re also creating part of the infrastructure for fighting epidemics. Trained health care workers not only deliver vaccines; they can also monitor disease patterns, serving as part of the early warning systems that will alert the world to potential outbreaks. Some of the personnel who were in Nigeria to fight polio were redeployed to work on Ebola — and that country was able to contain the disease very quickly.

We also need to invest in disease surveillance. We need a case database that is instantly accessible to the relevant organizations, with rules requiring countries to share their information. We need lists of trained personnel, from local leaders to global experts, prepared to deal with an epidemic immediately. We need trained military resources ready to respond, and a list of supplies to be stockpiled or commandeered in an emergency.

Finally, we need to invest far more in research on drugs, vaccines and diagnostic tests, and make it possible to accelerate the approval of new approaches in times of crisis.

The United Nations should empower and fund a global institution to coordinate these efforts. The United Nations and the W.H.O. are studying the lessons of this epidemic; their evaluations would be a good starting point for a conversation about how to strengthen the W.H.O. and what pieces of the system it should lead.

I have not seen a rigorous projection for what a system like this would cost. But we know the cost of failing to act. According to the World Bank, a worldwide flu epidemic would reduce global wealth by $3 trillion, not to mention the immeasurable misery caused by millions of deaths. Preventing such a catastrophe is well worth the world’s time and attention.

Bill Gates is co-chairman of the Bill & Melinda Gates Foundation.