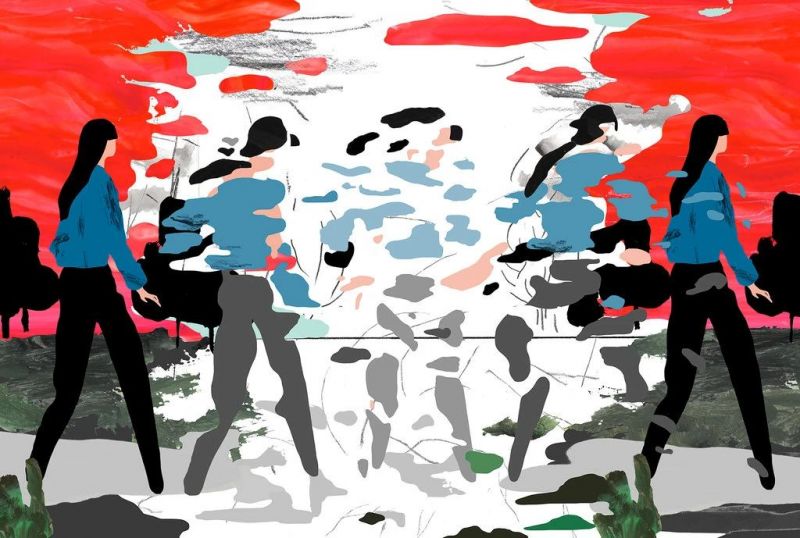 Four years ago this fall, I spent several days in a medically induced coma after contracting a freakishly severe case of flea-borne typhus. A bacterial infection caused by fleabites led to liver failure, kidney problems, meningoencephalitis and, among other complications, a particularly deadly condition called disseminated intravascular coagulation.

After losing my ability to form words and landing in the I.C.U., I underwent several blood and platelet transfusions, a spinal tap and nonstop infusions of four different antibiotics. The doctors told my husband that I could very possibly die. Barring that, I could have lifelong brain damage.

It was an ordeal, though less so for me than for those around me. As I floated in a propofol-induced oblivion, my family and friends went through a kind of pre-emptory version of the five stages of grief. They bargained and prayed, Googled my symptoms, phoned each other to speculate about my fate and spent five days just generally freaking out.

Spoiler alert: I didn’t die. Nor did I have brain damage. I do have tinnitus and some very minor hearing loss. When I complained about this to my neurologist, he told me that I shouldn’t be complaining about anything, given the “miracle” of my survival.

Miracle is not a word you necessarily want to hear from your neurologist. With others I let it slide, especially with an evangelical Christian friend who’d enlisted her entire family, Bible study group and church congregation to pray for me. When I visited this friend a few months after I’d been sick, her husband asked me if surviving such a close call had made me think any differently about life or re-examine my agnostic ways. I stammered a nonsensical response and excused myself to use the bathroom.

As it turned out, my secular friends were no less hungry for evidence of my spiritual or moral transformation.

Her implication was that the path I’d been on previously wasn’t a good one at all — not that she’d raised any concerns before. But now that I’d been given a second chance, things would be different. My stable of petty complaints and shallow concerns, most of them having to do with some combination of unsteady cash flow, real-estate dissatisfaction and constant low-grade career anxiety, would surely be dwarfed by my gratitude just to be alive.

I might have been irked by these questions if they weren’t so familiar. Less than a year earlier, I had made similar appeals to my mother as she was dying from cancer. Desperate to help both her and myself make sense of her fate (and it was a cruel one; her cancer was rare and random and she was in her 60s), I asked her again and again to tell me what she was thinking. Was she was beginning to see the world any differently? Was there anything that suddenly all made sense?

I wasn’t sure if her reluctance to answer was a result of not having the answers or knowing that the ones she did have were not the ones I was looking for. My mother and I didn’t have a demonstrably warm relationship, though it wasn’t nearly as fraught as the icy, often hostile dynamic between her and her own mother. But fearing I’d be judged if I behaved as anything less than the adoring, grief-ravaged daughter, I put on a performance designed to suggest that a newly deepened mother-daughter bond was resulting in healing, revelatory moments for both of us.

“We’re having a really special time together,” I’d write in emails to friends and relatives. “We’re going through old family photos and remembering the good times.”

In reality, the few times I’d tried to go through old family photos, my mother was too confused to be interested. She seemed to think I was asking her to organize them. But since reporting the grim, uninspiring truth clearly wasn’t what the occasion called for, I persisted with the “Chicken Soup for the Soul”-flavored missives. “She passed away peacefully this afternoon,” I wrote when she died the day after Christmas. I even took to saying that my mother had “kept Christmas for us” by waiting until the next day to die and therefore not darkening the lights of that holiday for the rest of our lives. My brother, though he’d also done his share of sugarcoating and euphemizing, rolled his eyes at that one. My mother probably would have, too. She’d been unconscious for several days prior; it seemed unlikely she knew what day it was. The writer in me loathed the euphemism “pass away,” but the people-pleaser knew to keep things at a gauzy remove.

In helping care for my mother during her illness, I had expected to dispense pills and wrangle with the insurance company. What I had not expected was that I’d be tacitly charged with the task of keeping others updated not just with information about her condition but also with a story. The story would end not just with my mother’s death from a random, rare, brutal disease but with some identifiable moment of peace or transcendence — or at least something onto which the rest of us could attach some measure of meaning. For lack of an alternative, I went with the Christmas line.

A year later, when I found myself offering up similar platitudes in the wake of my own brush with death — it really puts things in perspective, you learn what’s important, I’m not going to sweat the small stuff anymore — I felt, once again, as if honesty would have been downright rude, even a betrayal of love and friendship.

Please don’t misunderstand me. I was grateful to be alive, physically and cognitively — and, to be honest, even more grateful not to have emerged from the coma alive but with severe and irreparable brain damage.

But I also knew myself well enough to suspect that after a few months of smelling the metaphorical flowers, I’d probably go back to being the whiny ingrate I was before. And as friends came by with meals and groceries and showered me with well wishes and all manner of questions about my state of mind, the more it occurred to me that their hunger for stories of my cosmic transformation was rooted less in their concern for my soul than in their culturally ingrained need for capital-C “Closure.” Because they wanted this chapter to end for me, because they wanted me to go back to being as healthy as I was when I was a whiny ingrate, they wanted to make sure I was sufficiently transformed so as to never whine or be ungrateful again. It was as if the only way any of us could be sure that my body was clear of infection was for me to officially become a better person.

Americans have always been suckers for stories of triumph over adversity. But increasingly, we’re obsessed not just with victory but with redemption. Last year, when three Cleveland women were rescued from a kidnapper who’d held and tortured them for years in a house surrounded by neighbors, we were asked to see it not as an appalling testimony to the breakdown of community but, according to most headlines, a story of hope and survival.

Last month, when new information was reported about the lead-up to the beheadings of the Islamic State hostages in Syria, the descriptions of the torture the prisoners had suffered, as well as news that they’d turned on each other at times and, to varying degrees, appeared to embrace Islam, the public seemed chilled in ways it hadn’t quite been before. Maybe this was because up until then, coping with news of the beheadings involved imagining that the prisoners felt some sense of clarity or purpose before they died. We wanted to believe that their time in prison, however ghastly, also brought on some kind of revelatory state that allowed them to die in anything other than confusion and abject fear.

Crises, by definition, are chaotic. They don’t always impart lessons and, contrary to what we like to tell ourselves, they’re just as likely to bring out the worst in people as the best. But the redemption narrative, along with its corollary, the recovery narrative, is so beloved in our culture that even rational people tend to glom onto it — if only for the sake of making polite conversation. Equal parts bedtime story, love story and horror story, it’s a perfect example of the American preference for sentimentality and neat endings over honesty and authenticity.

The problem is, it’s also perfectly designed for making us feel like failures — to ourselves, to our loved ones, at life in general. And, ironically, the more we care about the chief sufferer in the crisis, the more we’re apt to try to impel that sufferer into making sense out of it for the sake of soothing our own nerves. By expecting my mother to deliver some kind of grand epiphany on her deathbed, I was really asking her to make the unfairness of her death somehow seem more just. By expecting me to become a better person after my own brush with death, my friends were really saying that they hoped I hadn’t scared the bejesus out of them for nothing.

They needn’t have worried. I’m not a better person. I’m the same person. Which is actually kind of a miracle.

Meghan Daum is a columnist at The Los Angeles Times and the author, most recently, of The Unspeakable: And Other Subjects of Discussion.