For over 25 years, Archduke Franz Ferdinand paced up and down in his palaces and castles waiting impatiently for the death of the ever more ancient emperor, his hated uncle Franz Joseph I. As we all know, his wait was in vain.

Of this summer’s great anniversary commemorations of World War I, the most important will be those marking the assassination on June 28, 1914 of Franz Ferdinand, the “original sin” from which all the terrible subsequent events followed. The heir to the Austro-Hungarian throne has come to symbolize everything backward and myopic about pre-1914 Europe. With his ostrich-feather hat, medaled bulk and waxed mustache, he was a sitting duck for a young radical with a cheap semiautomatic. In his apparent archaism, no leader could contrast more with the horrific modernity of his eventual postwar inheritor: the young Adolf Hitler, a gaunt Everyman with a toothbrush mustache and a raincoat. 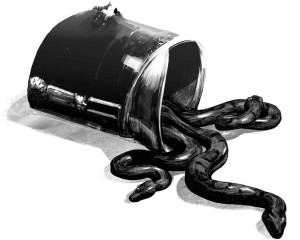 In the public perception of history, Franz Ferdinand is thought to have had a mere walk-on role. But that is a measure of how low the Hapsburg empire had fallen. In an early-20th-century world of exuberant American and Russian expansion, of Britain and France as global colonial powers and of the newly united nations of Germany and Italy, the Hapsburg empire seemed ever more marginal. And yet the challenges and opportunities of the empire — encompassing a huge region, widely varied terrain, all of Europe’s religions and a dizzying variety of languages — are still relevant today. Franz Ferdinand was heir to an entity which now forms all or part of 12 modern states. Somehow, despite linguistic and religious disputes that could result in riots and legislative gridlock, it worked.

Following a deal in 1867, the empire had been split into two giant pieces, one ruled by German speakers in Vienna, the other by Magyar speakers in Budapest. Both groups formed large minorities in their own halves and had to ride wave after wave of nationalist agitation. The German speakers were distracted by the mesmerizing existence of Otto von Bismarck’s Germany on their doorstep; and it was in Vienna that both modern anti-Semitism and the logical Jewish response, Theodor Herzl’s Zionism, were created. The Magyar speakers were isolated by their language, and rule over their half was spent in a frantic but ultimately unsuccessful attempt to “Magyarize” the other nationalities — a battle that was played out bitterly across schools, churches and armies.

How to rationalize this Tower of Babel was Franz Ferdinand’s great preoccupation. The Hapsburgs had many cards to play and there was no sense in 1914 that their empire was reaching its end. Indeed, it was not until 1918 that the Allies decided the empire would be broken up. It was only the war’s years of grinding attrition that so radicalized all the combatants that any weapon — even the unleashing of chaotic minor nationalisms — seemed worth using.

There were many possibilities before 1914. One ingenious proposal was for a United States of Austria, which would have carved the empire into a series of federal language-based states, including small urban enclaves to protect (but also isolate) German speakers. This could have been achieved only by the destruction of Magyar imperialism, but Franz Ferdinand at different points seems to have seen this as worth risking. The archduke also toyed with universal suffrage, knowing that the threat alone might keep the Magyar and German minorities in line.

We will never know if such schemes might have worked. But these are ghosts that have haunted Europe ever since — possibilities whose disappearance unleashed evils inconceivable in the stuffy, hypocritical, but relatively decent and orderly world of the Hapsburg empire.

Its destruction in 1918 proved a universal disaster. The Hapsburg rulers might have been shortsighted, cynical and incompetent, but they ruled over a paradise compared to the horrors that followed. The successor states were desperately weak, and almost all contained fractions of those minorities that had caused the Hapsburgs such problems.

Most became vicious dictatorships; and even the least offensive, Czechoslovakia, contained a partly alienated German minority that would play a central role in the outbreak of the next world war. The fates of the countries of the former empire, as they fell into the hands first of Hitler and then of Stalin, represented nightmarish “solutions” to the challenge of multinational rule, solutions based on genocide, class war and mass expulsions of kinds unimaginable in 1914.

There were many reasons Franz Ferdinand was the perfect target for the Serbian-sponsored terrorists of 1914. They knew that his plans for reform within the empire were a profound threat to them. And in symbolic terms, he was ideal.

But what they could not have known was that Franz Ferdinand was probably the most senior antiwar figure in Central Europe, a man acutely aware of Hapsburg weakness, scathing about the delusions of his generals and a close friend of the German monarch, Kaiser Wilhelm. The recklessness and stupidity of the Hapsburg response to the assassination — the ultimatum of humiliating demands served on Serbia, a response so crucial to the outbreak of the World War I — would not have occurred in the face of some other provocative outrage that had left Franz Ferdinand alive.

For those who had been living in the shelter of the Hapsburg empire, the shooting initiated a catastrophe that ended only with the conclusion of the Cold War. The shadow of this vanished empire continues to hang over Europe, and the assassination’s centenary must, for many millions of Europeans, be viewed as a truly solemn event.

Simon Winder is the author, most recently, of Danubia: A Personal History of Habsburg Europe.