The United States has given more than $5 billion to the Global Fund to Fight AIDS, Tuberculosis and Malaria. But drug-resistant tuberculosis isn’t a problem only in the developing world; we must turn our attention to the fight against it here at home.

Tuberculosis rates have declined in the United States in the last decade. In 2012, there were around 10,000 cases, and of those, only 83 were resistant to all of the most commonly used tuberculosis drugs — 44 fewer than in 2011. So far we have been lucky. The low numbers hide the precarious nature of the nation’s public health defense, and how vulnerable we would be to an epidemic.

The problem is that responsibility for tuberculosis control is divided among 2,684 state, local and tribal health departments. That infrastructure is politically and legally fragmented, underfunded and disproportionately strained in many poor communities. 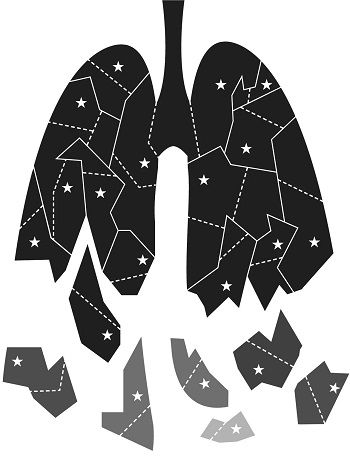 Patients with infectious tuberculosis, caused by bacteria that usually attack the lungs, need medication regularly administered over many months. Local public health workers provide the medication and observe that it is taken by the patient, requiring as many as five visits each week. If treatment is interrupted, or if the drugs are not working, patients have a much higher chance of developing (and spreading) drug-resistant tuberculosis. At the same time, health workers must track down and test anyone who had come in close contact with patients before the disease was diagnosed, to be certain no one else has been infected.

All this is made much more difficult by the patchwork of jurisdictions and the lack of coordination among health departments, which can easily lose track of patients who travel or relocate to another county or state.

Tuberculosis is also most common in communities with the least stability. Among people born in the United States, the greatest disparity is between blacks and whites; blacks contract it at a rate more than seven times higher than whites, often because of poverty and crowded living conditions. But foreign-born individuals account for two-thirds of new cases. We have no reliable method to identify tuberculosis in migrant populations or foreign visitors. Even if screening at borders were logistically possible, it could take several days to obtain test results. By that time, it would be difficult to locate travelers who were unknowingly carrying the disease. And health departments near the southern border are already overwhelmed, especially by a recent influx of migrant children from Latin America, where tuberculosis is more common.

Perhaps most critical is the high rate of tuberculosis among the two million people incarcerated in America. Prisoners are routinely screened and treated, but that treatment ends when they are released, even if they are not yet cured. Former prisoners are also among the least compliant of all patients, possibly because the strict medication regimen, which requires repeated contact with government health care personnel, feels like an extension of their prison term. There is no legal mechanism to determine which local health department “owns” a tuberculosis patient after he is released from federal or state custody.

Besides the logistical problems, there are issues with funding on the local level. Extensively drug-resistant tuberculosis requires 18 to 24 months of treatment and can cost more than $500,000. A local health department’s entire budget can be depleted with just one case.

These decisions are too important to leave to the vagaries of local politics. In Jackson County, Ohio, voters last year were asked to approve a tax to continue to fund the county’s tuberculosis prevention and treatment program. In an effort to ensure approval, tax commissioners reduced the levy, leaving just enough to keep the program going. Voters still rejected it, 3,363 to 3,195. As a result, the health department had to cut the program’s public health nurse and a clerical assistant.

That must change. Congress should appropriate additional funds to the C.D.C. to cover costs of tuberculosis treatment that are now borne by local health departments. The C.D.C. should also take on the responsibility of locating and monitoring tuberculosis patients who move from one jurisdiction to another, including newly released prisoners, since many local health departments do not have the ability to do so.

It will be costly: Over the next 10 years, one estimate shows that we will need to spend $1.3 billion on tuberculosis treatment — and that’s if infection rates remain the same. But tuberculosis’s greatest lesson is that the health problems of poor people in poor areas are everyone’s problem. Continuing our present failing system would prove to be far more expensive in the end, because drug-resistant tuberculosis will not obey political or economic boundaries.

Polly J. Price is a law professor at Emory University.