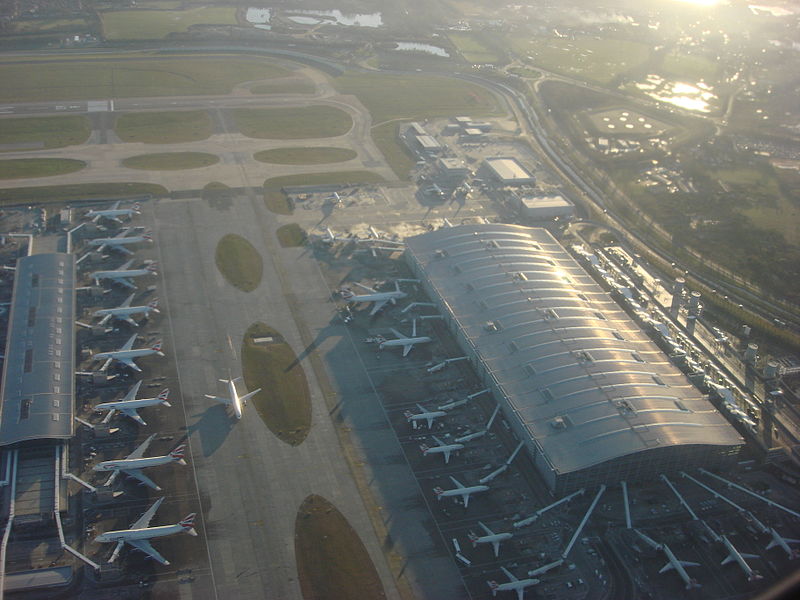 Introducing the first piece in our Imagining 2030 series in which PS21 writers describe the world as they see it in 14 years time.

“You know, they said when we left the EU it would kill all this,” grumbled the taxi driver as we edged our way around the seven-lane M25 towards London Heathrow. “It bloody hasn’t. It’s still a bloody nightmare.”

I did feel a stab of sympathy for him, and not just for the traffic. As he picked me up from my hotel, he was at pains to point out that while he was driving a hybrid biofuel/battery car now, he had qualified as a “proper London taxi driver” barely 15 years earlier. Uber had seen to that.

Now, it looked as though he was to be demolished by technology once again. On our way to the airport, we had already passed several of the new GoogleDrive driverless minivans. For now, several items of legislation last updated at the start of the Johnson premiership banned such vehicles from carrying passengers. But not for much longer, I suspected. The AmazonVan was already replacing delivery drivers, after all.

We turned off the Heathrow spur towards Terminal Seven. It really would be the last, the government pledged — the only other options available were building on Windsor Great Park. An aging King Charles would never let that pass — and while there were no shortage of even diehard loyalists hoping for an abdication, that hardly seemed likely.

A small group of protesters had gathered on one of the flyovers. It was, I realised from the nearest one to the ever expanding Heathrow Immigration Detention Centre. One of the largest in northern Europe outside Calais, it had just been roundly criticised by yet another inspectors report.

Not that illegal immigrants tended to come in through Heathrow these days, of course — the punitive sanctions applied to our lines who carried anyone caught without the correct papers meant it was now harder to get on an airliner than it was to cross even one of the southern European borders. The reason fatiguing the facility so close to the war, officials said, was meant to make it easier to deport.

Ironic, I thought — deportation numbers were actually falling even as migration, both legal and illegal, continued to skyrocket. Exactly who was supposed to be allowed into the country was now so complex that no one really knew who, if anyone, could be legally kicked out either.

Unlike much of the rest of Heathrow, Terminal Seven was still shiny and new. I bade farewell to my driver — still curmudgeonly grumbling about the state of the world.

No need to check in any more, of course — my smart phone was detected by the terminals systems as soon as I crossed the threshold. My bags disappeared down a luggage chute that looked as though its design had changed little since the 20th century.

Security was, luckily, similarly quick. I passed through the channel labelled “UK, EU and Scottish” — the political boundaries might have changed, but the additional bureaucratic hurdles for citizens had somehow miraculously avoided becoming more complex. A quick retinal scan, a quick thermal scan and the usual site relief not to have been taken aside for the full rectal treatment. Most of the last major terror attacks on the West might have involved rectally inserted explosives but again, common sense seems to have prevailed and losing the occasional airliner seemed a reasonable price to pay for not having to check absolutely everybody.

Airports and sports bars are almost the only place you see large television’s these days, let alone showing continuously broadcast news. A BBC anchor appeared to be talking about the upcoming US presidential election. Still two years to go — all the attention, perhaps unsurprisingly, remained on Chelsea Clinton following her sensational second marriage into the Trump dynasty. Second up was a visit by the Scottish Premier to Beijing, hard on the heels of her inaugural visit to Moscow.

When I first passed through Heathrow as a child, I remember being struck by the number of newspapers and magazines left abandoned on chairs in the waiting area. Nothing like that now, of course — everyone was on a Tablet or Amazon Glass. Still lots of paperback books, though — and a bumper branch of Virgin Waterstones doing heavy business. People, it seemed, still wanted to browse physical books even if they then downloaded the digital version for the flight itself.

Even 30 years ago, I remember Heathrow had the widest ethnic mix I had ever seen. I remember Bangladeshi women in headscarves, Nigerians in traditional costume, American tourists looking like American tourists. Now it’s even more — and while I don’t know that the world in general is more democratic imbalance, certainly striking how many more of the very rich are not Anglo-Saxon.

Still, I figured the 21st century had not actually been so unkind to middle-class Brits. Sure, we now all have to live in Birmingham and commute because the price of housing in London was so high but it was still remarkable how many other parts of the world were happy to hire us to do all kinds of things they should have been able to do themselves. Hong Kong, Shanghai, Dubai, New York, even Moscow and Beijing all looked to London as a financial centre even if the British government itself hadn’t been so globally irrelevant since the Middle Ages. For better or worse, I sometimes told myself, this was the world we have built. And sure, while it was still periodically brutally violent and at other times just depressingly dull, it wasn’t really so terrible, was it.

On the BBC news channel, the presenter had switched to talking about US and Chinese warships facing off in the Sea of Japan.

It was all going to be okay, surely

Peter Apps is Reuters global defence correspondent. He is currently on sabbatical as executive director of the Project for Study of the 21st Century (PS21)

Interested in contributing a piece to the series? E-mail us at PS21Central@Gmail.com