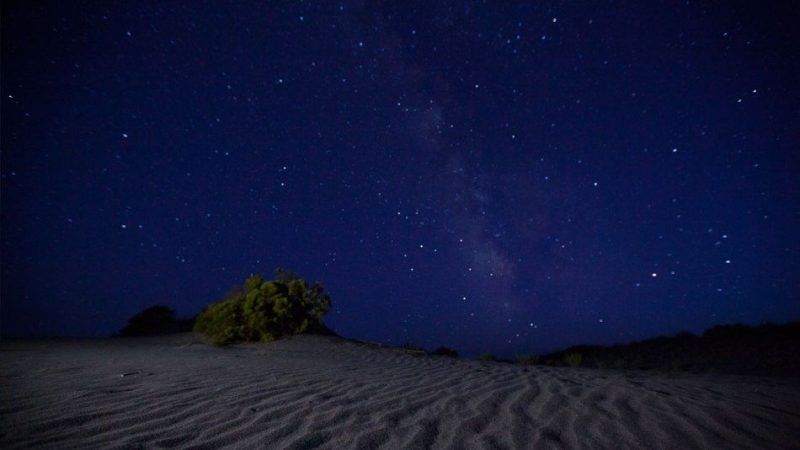 Imagining 2030 is a series in which PS21 writers describe the world as they see it in 14 years time.

In an unknown spot somewhere in the deserts of Arabia far away from any capital stood the tiny village of Ar-Rashid on a plateau surrounded by dunes. It was night and the village was covered in a type of darkness only found in remote places. The sky was vaguely lit up with all possible stars large and small. Seen from space, not even a minuscule light was visible to pinpoint the village in the grand, dark sea the desert formed.

On a plateau, a few houses had been built of cheap bricks and covered with thin metal roofing. Three unpaved roads gave the village some sense of orientation. In the evening, the call to prayer from the administrative town some distance away was heard. Ahmed stood at the entrance of his parent’s house. Indeed, tonight his decision was final. He looked nervously to the dunes at the horizon. Their rolling shapes stood out against the lighter night sky. His father came in and Ahmed asked if he wanted to go out for a walk. Sure, said his father, a tall man in his late 30’s with curly black hair that was starting to turn slightly grey.

“What’s up?” he asked his son. Ahmed just shrugged his shoulders. “Let’s go out,” the father said. They walked to the dunes at the end of the road. Their sharp forms stood out in dark-grey against the brighter night sky. After they had climbed the top of a dune they sat down. There was silence as both looked up at the sky.

“Look”, his father said, pointing to a bright light just above the horizon to their right. It moved slowly higher describing an arc. His father’s arm followed the object’s motion until it was above them.

“When I was young,” he said, “the movement would go so much slower. You could follow that plane through the sky for more than two minutes.” Now it had flown across their vast horizon in less than a minute. Ahmed thought of those inside, looking down into what would surely be nothing. “The times of progress,” his father smiled, dreaming of a gleaming, supersonic object they knew only from images.

Ahmed looked to his father. He was nervous, unsure as to how he would react. “So, tell me. What is on your mind?” Ahmed stayed silent. He thought of his friends. Of all those hours, those infinite days spent in a spot you could not find on a map. He had the sense the rest of the world had a sure time and place while his had not. He bit tensely on his lip while looking up at the sky. “I am going to leave,” he said, “tomorrow morning.”

There was silence from his father.

“With the bus I will go to the capital; it is decided and I do not want to change my mind,” he said, trying to sound decisive. A multitude of stars large and small was scattered generously around; the combined glow gave the night sky a pale luminosity. In between the top of the dunes shadows formed and valleys could be seen. His father sighed heavily. Although his father knew why his son wanted to leave, he asked him why. Ahmed sensed his father knew very well, but he did not tell him that.

Their country had in the last few years slipped into violence. Although the remote provinces had been spared, all the major cities had witnessed serious riots by thousand youths. They would chant slogans for justice. It was not clear what they meant by that. Aggravating it, or perhaps fueling it, was the scarcity of jobs .The country was bankrupt, as petroleum was globally out of favor.

On the dunes, a breeze swept some sand away into the air. “Father, thirty years ago you left. You risked your life to reach Europe, leaving our grandparents behind, with them trembling for your life each night. Grandmother says it cut her life short ten years. Why did you go?” Ahmed said, almost with exasperation, “What was there to find that even death could not scare you?” There was a shrug of the shoulders.

“Look son, nothing has changed. Not here, nor in those place we dream of. If someone is young like you, there is still nothing you can call a future.” He paused. “Sure, there’s a roof. There’s a bed, there’s a meal. That is it. At my age, one learns to accept that.” His father continued, “When I was as young as you I went to Europe for something better, yes. I felt angry. My parents did not understand, begged me to stay. So I shut up until I left them as a thief in the night.”

A silence. “Why did you come back?”

“I worked two years; hard. Nothing there made me happy. All the money was sent back here; then I was sent out of the country, as I did not have papers. Not that I was bothered, I had grown indifferent. So I said: better poor at home, then work and sadness and no home soil.”

Then his father asked, “You will go to the city to protest, yes? With the imam and all his followers, right? You want to join him. You want to fight. For justice.” He said the last word with a hint of cynicism. His son nodded, looking to the sand between his feet. “All my friends are there”, he said, “Everybody goes. We have to defend the honor of our future. I can’t explain father, but you should understand. You hated your world too.”

Indeed his father had. With age, the hate had transmuted into a peaceful bitterness. Their country was not the only one. The whole of the Middle East had seen order disappear. Monarchies had fallen, autocrats had gone, borders had been redrawn, countries broken apart, others stitched together. In the days of Ahmed’s father the frustrations of the young had been channeled into religious extremism; now a different kind of extremism had emerged in the region, carried by progressive imams in cities, a new political view that merged Islam with Marxist principles of class struggle. It called for the overthrow of the established order, by blood and force if necessary. Many youngsters had heeded the call of the new Revolution.

Ahmed asked in a sudden outburst of anger, “our country, this vast country full of people is only for those corrupt and maliciously rich. They as Gods and only they decide; high up on their thrones, treating us as cattle, against the very will of Islam. Not as humans. Do you think they care for even one single moment? They couldn’t care less than for a grain of sand.”

Jorge Vanstreels writes on the Middle East and Foreign Policy for a variety of publications and is based in Belgium. His regional travels have led him through the West Bank, the Syria-Jordan border, or Tunisia’s deep south. He is currently pursuing his Master of Law at the University of Antwerp.