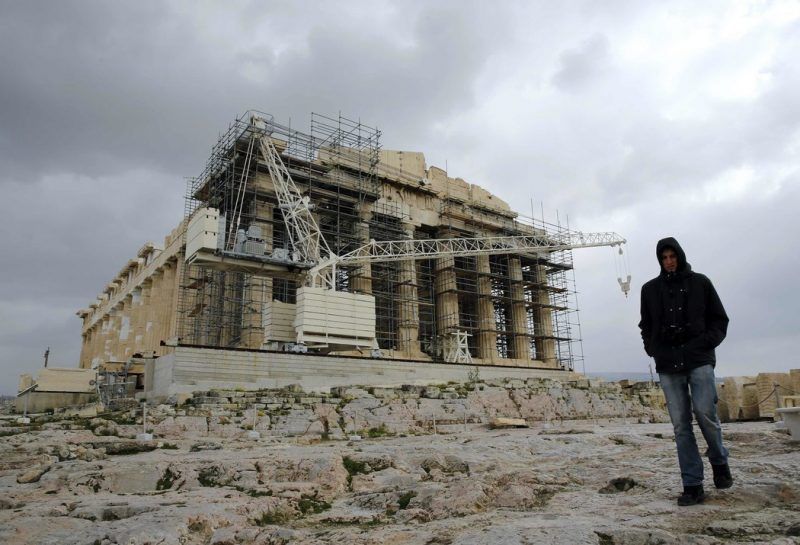 To solve the Greek crisis, Europe needs to focus less on debt and more on justice. Athens did not simply squander a few hundred billion euros: Much of it was stolen. Yet the European Union has done little to compel Greece to crack down on high-level corruption. The possible explanation for this does not bode well for the Union’s future.

Conventional wisdom has it that the radical-left Syriza Party was elected by voters fed up with austerity. But this is just the lesser half of the truth. What Greeks most desire is justice and jobs. The European Union, obsessed by debt repayment, ignored both aspirations.

To understand Syriza’s success, it’s critical to know that corruption by elites siphoned off countless billions. Practically every time Greece made a purchase — be it of medicines, highways or guns — a substantial cut went into the wrong hands. Banks issued tens of billions in loans without sufficient collateral. As a result, monopolies and oligopolies led by politically connected families choked competition and controlled much of the country’s banking, media, energy, construction and other industries.

All this was hardly a secret: In December, Transparency International ranked Greece at the bottom among European Union members in its Corruption Perceptions Index (tied for last with Bulgaria, Italy and Romania), a spot it has occupied for years. While nearly everyone in Greece can cite examples of egregious corruption, graft prosecutions are rare.

Some schemes were byzantine: Reuters in 2012 painstakingly investigated likely fraud at a major bank. Others hid in plain sight: In Greece, middlemen often make millions in commissions on defense contracts and arms sales. (Earning commissions is not illegal, though how they are then dispensed could be.) The Greek air force doesn’t really need the help of agents to choose between an F-16 and a Eurofighter, but no one questions the practice.

Meanwhile, the Greek news media, owned mostly by the oligarchs, was unwilling to root out graft. Reporters Without Borders last week ranked Greece 91st in the world in media freedom, behind Kyrgyzstan, Liberia and Kuwait.

This is not to dismiss other problems, such as tax evasion, a bloated Civil Service, suffocating regulations and rife petty bribery. But high-level corruption has generated huge losses: The Brookings Institution in 2010 estimated that 20 billion euros ($22.8 billion) were lost every year to such corruption. The kleptocracy also set a tone of impunity that enabled lower-level graft — the fish rots from the head. And the cycle became self-perpetuating, as oligarchs tightened their stranglehold over the political system (a trend evident elsewhere in the West, too).

Where were Greece’s European partners as impunity prevailed? Why wasn’t Brussels focused at least as much on corruption as it was on debt? If the European Union’s absence on this front was lamentable before the crisis, it was inexcusable afterward. Officials from the so-called troika essentially took up residence at the Greek Finance Ministry in 2010, but rarely visited the Ministry of Justice.

As a result of European Union indifference, Greek prosecutors were left nearly helpless to investigate complex graft cases involving offshore accounts and overseas co-conspirators. No new hires were made and some prosecutors did not even have funds for long-distance calls (the more persistent prosecutors made them anyway, using their own mobile phones and paying personally). Meanwhile, the Greek Parliament was passing legislation giving immunity to ever-larger numbers of potential corruption targets.

By failing to address this problem and instead doing the bidding of European banks, the European Union took a knife to its own credibility. If the rule of law is not at the heart of the Union, then what is? In choosing Syriza, Greeks were rebelling as much against the indifference of Greek and European elites to impunity, and the inequality it perpetuates, as against austerity. Similar anti-establishment anger exists in much of Europe, which is why foreigners were celebrating in the streets of Athens on election night.

So why has the European Union turned a blind eye to corruption in Greece?

One possibility could be that in order for someone to receive a bribe, someone else has to pay it. Of the few cases prosecuted in Athens, most have involved European companies like Siemens, Daimler and Deutsche Bahn being accused of bribing Greek counterparts. If Greece were to vigorously pursue prosecutions, many blue-chip European companies could land in the headlines. With anti-establishment forces resurgent, this could eat away at support for mainstream parties in the Franco-German heartland.

Another reason might be that central banks were perhaps complicit in corruption as well. Rather than carefully monitoring the quality of loan issuance, for instance, the Greek central bank seems to have failed to prevent lenders from issuing billions in sweetheart loans. Pursuing such cases could undermine the credibility of Europe’s central banks and pose an existential threat to the euro project.

The debt-relief plan proposed by Syriza, which links repayments to economic growth, is a reasonable one. But Greeks seek more than debt relief. The justice and jobs they crave will come only once the rule of law prevails and prospective investors feel safe doing business. Syriza’s government has pledged to stamp out corruption; the European Union and its member states should commit to helping it vigorously pursue prosecutions. This is essential not only because Greek prosecutors are starved of resources, but also because many graft cases are transnational in nature.

Most Greek people are incredibly hard-working, a fact borne out by statistics from the Organization for Economic Cooperation and Development. It is therefore especially galling to be portrayed as lazy by the world’s media. The Greeks have suffered for the misdeeds of a few tens of thousands, perhaps, of their fellow citizens. Now, if Syriza and the European Union cannot reach a compromise, they risk being kicked out of the eurozone, a fate that would condemn another generation.

Greece is the symptom of a broader European problem. The European Union should revive its own fortunes by focusing on its real deficit — justice. This is the debt it owes to future generations.

Gregory A. Maniatis is a senior adviser to the United Nations, a senior fellow at the Open Society Foundations and the Migration Policy Institute, and a co-director of the migration initiative at Columbia University’s Global Policy Initiative.