In the wake of a devastating pandemic, millions of people are dead and many more have had their lives upended. Many of those who survive, worn down by a sense of futility in their work and by the impassable gap between the wealthy and everyone else, refuse to return to their old jobs or quit en masse. Tired of being overworked and underpaid, they feel they deserve a better life.

This could be a story about today, but it is also the pattern that emerged across Europe in the aftermath of one of the deadliest pandemics in recorded history, the Black Death.

The struggles over wages and the value of labor that defined the post-plague years were in some ways as dramatic as the pandemic itself. Eventually, Europe erupted into violence. Given where we are right now, it’s worth paying attention to the chain of events that led, link by link, from pandemic to panic to bloody uprising. 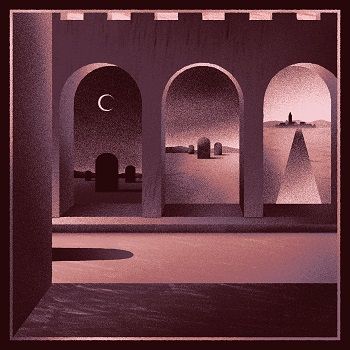 The Black Death, as we now call it, burned its way across the Eurasian continent from 1347 to 1351. Arab historian Ibn Khaldun recalled with horror, “Civilization both in the East and the West was visited by a destructive plague which devastated nations and caused populations to vanish. It swallowed up many of the good things of civilization and wiped them out.’’

Europe, particularly hard-hit, lost somewhere between a third and a half of its population (though historians still dispute the figure). “Many lands and cities were made desolate”, the Italian historian Giovanni Villani wrote in 1348. “And this plague lasted till _____”. He never filled in the end date. He had died of the plague before he could.

When we think of the Black Death, we tend to think of the gruesome scenes reported in the cities: the heaped corpses, the trenches where bodies were hurled, unmourned. What contemporaries also found eerie, however, was what they saw in the countryside — not scenes of destruction, but visions of bounty and overgrowth. Fields of ripe grain sitting under the sun. Vines heavy with grapes. These sights were unsettling because they suggested there was no one left alive to bring in the harvests.

“Many a fine, noble estate / Lay idle without those to work it”, wrote the poet and composer Guillaume de Machaut, who weathered the plague by hiding locked up in his tower. His poem goes on:

The cattle lay about
The fields completely abandoned
Grazing in the corn and among the grapes
Anywhere at all they liked
And they had no master, no cowherd
No man at all to round them up

Following the demographic collapse, there was a severe shortage of labor. And so, after the initial shock, as modern economists would predict, the price of labor skyrocketed. Machaut wrote:

No man had his fields plowed
His grain sowed, or his vines tended
Though he’d have paid out triple wages
No, surely, not even for 20 times the rate
Because so many had died

Workers of all kinds — farm laborers, artisans in the cities, even poor parish priests who’d had to minister to the dying — looked at their lives once the pandemic had eased and reassessed what they were worth. They saw a system that was tilted impossibly against them.

In England, for example, around half the population was legally tied to the land in serfdom, forced to labor for their local landlord. But suddenly, these workers seemed to have some bargaining power. No longer were they obligated to put up with unreasonable demands. No longer were their employers able to take them for granted.

They needed higher wages, for one thing, to deal with the runaway inflation that followed the plague: In England, despite the drop in the cost of some basic commodities like grain, overall prices for consumer goods rose about 27 percent from 1348 to 1350. Laborers complained they couldn’t afford the bare necessities — and if they weren’t paid what they demanded, they walked away from the plow, fled their landlords’ villages, and went off in search of a better deal.

We have not suffered as brutal a demographic blow during Covid, but still American workers have reassessed what it means to work and what their labor is worth — and record numbers have left their jobs in the Great Resignation of the past several months. About 3 percent of the total U.S. work force quit in November alone, the Labor Department reported. According to a September poll, 46 percent of full-time employees were either considering or actively looking for a new job.

Low-paying entry-level jobs have become particularly hard to fill, while social media is full of angry discussions about how two or even three jobs are necessary to pay the average rent in the average city.

The past few months have seen several high-profile strikes as workers demand fair compensation, with notable union successes at Kellogg’s and Deere. In this sense, we are seeing echoes of the situation following the Black Death, as workers refuse to return to prepandemic conditions and as they re-evaluate their needs and their value. Too much has changed in the last two years. The world is different.

As we move toward a new, post-pandemic era, the tensions in the labor market of the 14th century may have something to teach us about turmoil to come.

In the years after the plague, all across Europe, landowners and noblemen watched, first in outrage, then in fury, as people walked away from their jobs and went in search of a better life. What followed was a hysterical wave of legislation that tried to return the economy to where it had been before the plague. Statutes and ordinances froze wages at pre-plague levels; they made it illegal to leave a master’s land, illegal to flee; they, in effect, made unemployment itself illegal.

The English Statute of Laborers condemned peasants who fled their manorial contracts to have an ‘F’ branded on their foreheads, for ‘Falsity.’ In Italy, Florence’s new labor laws, openly called “Against Rural Laborers”, declared that those who neglected their master’s farm could be tried as rebels — liable to be dragged through the streets in red-hot chains and buried alive.

Pressure continued to build: On one side, a newly emboldened work force demanded a living wage, a chance to flourish; on the other, kings and councils, lords and wealthy commons, were determined that nothing change.

Eventually, the pressure became too great. In the second half of the century, violence erupted across Europe. Workers swarmed through the streets of the great towns. They burned manorial records and labor contracts. They destroyed any evidence of their service and their ties to the land.

One shocked chronicler in France in 1358 wrote that outraged peasants “killed, slaughtered and massacred without mercy all the nobles whom they could find, even their own lords. Not only this: They leveled the houses and fortresses of the nobles to the ground”.

Nobles, in turn, began burning villages and slaughtering laborers. The same French chronicler describes them attacking “not merely those they believed to have done them harm, but all they found, whether in their houses or digging in the vineyards or in the fields”.

In England, popular resentment about taxation and outrageous inequities burst into vandalism and violence in the Great Rising of 1381. Mobs executed the chancellor and mounted his messily severed head up on London Bridge. They demanded the end of lordship and recognized no authority but the king’s.

Of course, there are many important differences between our financial and political situation and those in the decades after the plague. But the growing sense of frustration among the vast working population of our country connects us to those medieval peasants and artisans who bucked elite expectations to seek a better life for themselves.

Over the past four decades, most Americans have seen wages stagnate against the cost of living. The Trump-era tax laws of 2017 legislated breaks that disproportionately benefited the rich. And we, like the medieval peasantry, are surrounded by the spectacle of high net worth individuals and their expensive adventurism. The fortunes of American billionaires grew by 70 percent in the pandemic — and as we learned this summer, some regularly pay nothing or next to nothing in taxes.

The wealthy are taking the rest of us for a ride in a system that is slanted against us. Left and right formulate it differently — but we’re all aware of that gap.

The mood of the country is dark and fundamentally splintered. If we do see spasms of violence, I predict they are less likely to resemble the revolutionary politics of the medieval uprisings than the feckless, irrational atrocities that often went on in the shadows of those uprisings, when mobs targeted out-groups: Jews, accused of poisoning wells; the Flemish, accused of stealing English jobs, some of whom were hunted down in the streets and killed on sight.

How, then, do we address the cavernous inequities and avoid the violence of resentment?

The American electorate needs a shared story that fits the facts without scapegoating or conspiratorial paranoia. This is a moment ripe for action precisely because we do share some fragments of a story: a weariness and wariness; a sense that we can’t get ahead; an outrage that the powerful are never held accountable.

The major medieval uprisings brought together people from many different walks of life, rural and urban: not just peasants but artisans, builders, small-time merchants and even the clergy. A collective labor movement could do something similar for us today.

The union victories of the past couple of months are a great example of how workers can come together and take advantage of this moment of dissent — and an example of how C-suite elites can strengthen employee loyalty in a time of high turnover.

We also need to more proactively discuss the broadening gap of income inequality that has marked this new century. At this point, the top 1 percent of earners own nearly a third of all wealth in the country, while the bottom 50 percent of earners own about 2.5 percent. We have known for a long time that such steeply pitched inequality stifles economic growth — and that’s a story we need to keep telling.

But answers also need to lie with our own ruling elite. America’s legislators must ease the tremendous — and potentially violent — pressure building up with actions that address the things that contribute to our national feeling of futility: raising the minimum wage, assisting with debt, balancing the tax code so the wealthy pay their fair share, creating solid infrastructure jobs, providing child care and health care coverage for American workers (a move that would also help small employers).

Instead of helplessly witnessing division, we could seek prosperity and opportunity for all our fellow Americans. Imagine the sense of pride and shared purpose that are possible. Such measures supporting consumers would pump money into the system at its base. The economy as a whole becomes more stable when there’s a broad base of people who have cash to spend. Politically, the country would be less prone to eruptions. The young might even feel hope.

But it is a rare elite that is willing to think in the long term. Most, like those all across Europe in the aftermath of the plague, instead choose to hold more tightly to what they have, to try to keep a lid clamped on the shared prosperity of others — and by clutching everything to themselves, in the end push their nations into crisis, and be left with nothing but riot, mourning, fear, flame and misery.

M. T. Anderson is the author of Feed and Landscape With Invisible Hand.