L. is 21 years old, a Mumbai media professional who wears his hair gelled and his shirts buttoned down. We met at a book reading a few weeks ago, and soon he was telling me about the night two years ago when a friend of his tried to kill herself.

Four friends were at a bar, drunk, L. recalled, when S. said she would never get over the man she was in love with. She went to the toilet and came back wrists bleeding. “The owner freaked and called the police,” L. said. “We cut out quickly and got away before they showed up.” 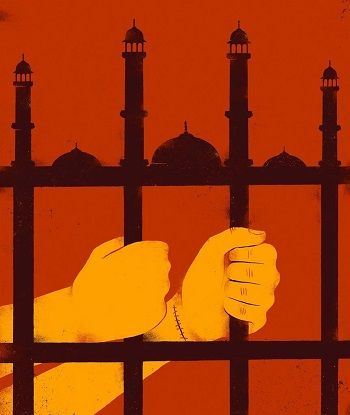 At that point L. did what the young and privileged all over the world do in such situations: He called his father, a well-to-do travel agent. “Dad came to the hospital and slapped me across the face two or three times in front of the police. I think that was to show the cops that he was serious. I think he slapped me so he wouldn’t have to pay too much. We got off with Rs 12,000 (about $190), but there was solid bargaining.”

L. had come up against Section 309 of the Indian Penal Code of 1860, a piece of legislation designed by the very Victorian Lord Macaulay, which punished attempts to commit suicide with a fine or up to a year in jail or both. Aiding or instigating suicide — an offense created later — was punishable by up to ten years in jail, including possibly hard labor.

The rationale for criminalizing attempted suicide is the standard theological argument: Since only God could give you life, only God could take it away. The harsher penalty for abetment arose from something more distinctly Indian.

India has strict laws against demanding a dowry of brides and their families. But even after marriage, women can be harassed by in-laws asking for money, gold or gifts, and some, driven to despair, kill themselves. Criminal abetment to suicide was often used to take such cases to court.

But now, at the instigation of the ruling Bharatiya Janata Party, the law stands to be repealed. This follows a 2008 recommendation by the Law Commission, which suggested that attempted suicide should be “regarded more as a manifestation of a diseased condition of mind deserving treatment and care rather than an offense to be visited with punishment.”

The news comes none too soon, given that India has the world’s highest suicide rate for 15-to-29-year-olds and desperately needs to rethink its approach to mental health. (In many cities, electro-convulsive therapy remains a common treatment for depression and suicidal tendencies; in small villages, the standard cure might be exorcism.) Although the anti-suicide law has rarely been applied, its very existence — and the threat of prison — discouraged people who attempted or considered suicide from seeking help. The authorities would sometimes leverage it for political advantage or to extract money by blackmailing already traumatized families.

When I heard earlier this month that the law was up for repeal, I wept for a while. It was never used against my mother, but I remember the day a police officer came to our home on one of the many occasions when she tried to take her own life. I was about 12 years old. He sat on our dark-red Rexine sofa and talked quietly with my father. He smelled acrid, of sweat in polyester, and refused an offer of tea, the standard gesture of hospitality in middle-class India. He did not ask for money, but my father produced some anyway, thanking him for his time and patience. After the police officer left — having accepted that offer — I asked my father whether my mother would have been arrested otherwise. He said, “I don’t know that I can take the chance.

My mother was a chronic suicide. We paid again and again. When one day she had a genuine accident while crossing the road, a police officer turned up again, convinced she had been at it once more. My father paid so much that time, in hospital bills and bribes, that we had to give up the dream of moving to a bigger home.

Not all people who attempt suicide are mentally ill: There are Indians who want to kill themselves for religious reasons, like some Jains, or out of political conviction.

In several northeastern territories, the draconian 1958 Armed Forces Special Powers Act allows officers to fire at people suspected of acting against the state. In 2004, the women of Manipur State demonstrated against it by stripping naked and carrying a banner that read “Indian Army Rape Us.” One of the most poignant protests has been the campaign of Irom Chanu Sharmila, who in 2000, when she was 28 years old, began a hunger strike to call for the AFSPA’s repeal. She has not voluntarily eaten food since.

Every year, Ms. Sharmila is arrested, detained, force-fed through a nasal tube while in custody and released. Then she declares she will continue her fast and is arrested again. The charge? Attempt to commit suicide. The sentence? Up to a year.

Jerry Pinto is the author of Em and the Big Hoom.