On a Sunday in May, a reporter for The Irish Times went looking for religious people who might be expected to oppose same-sex marriage. The issue is a hot topic in Ireland because on Friday the nation votes in a referendum that, if passed, will enshrine marriage equality in the Constitution.

The reporter engaged an older woman after Mass at Dublin’s main Catholic cathedral. “I’m just going to vote for gay people because I have nothing against them,” the woman, Rita O’Connor, told the journalist. “I can’t understand why anybody is against it.” And she dismissed the church’s opposition: “It’s a stupid carry-on.”

Conservatives sometimes say that marriage equality is an elite project, pushed through by courts or parliaments, but popular enthusiasm for the cause is palpable. The referendum has already been good for the travel trade.

Ireland does not permit citizens to vote from abroad, so many younger people are traveling back for the historic vote. Anyone booking a flight to Dublin from Boston or New York before Friday must expect to pay top dollar. Closer to home, a London-based group named Get the Boat 2 Vote has organized group travel by rail and ferry. 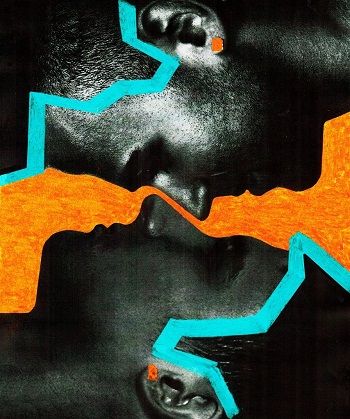 If polls are accurate, Ms. O’Connor represents a majority view — in a corner of Europe hardly thought of as a bastion of liberalism, like Sweden or the Netherlands. In spite of opposition from the Roman Catholic and Presbyterian churches, from Islamic leaders and conservative civic groups, surveys of public opinion consistently show more than 70 percent in favor of the government’s starkly simple proposal to add a line to the Irish Constitution: “Marriage may be contracted in accordance with law by two persons without distinction as to their sex.”

Few on either side of the argument expect the result to be as emphatic, and Irish referendums have a history of surprising results. Twice in recent years, major changes in European Union treaties have initially been rejected by Irish voters in shock results. Most pollsters believe that some likely “no” voters are shy about saying what they think.

Nevertheless, the odds are that the Irish will embrace same-sex marriage, and by doing so send a message that they accept gay men and lesbians as ordinary citizens. Who would have guessed that the country poised to become the first country in the world to grant same-sex couples full legal equality by direct popular vote would be socially conservative Ireland?

There is a certain poignancy in this possibility. The most notorious case of the legal persecution of homosexuality in modern Irish history was the trial and imprisonment of the writer Oscar Wilde, in England, in 1895. In 1916, a campaign to prevent the execution of the Irish revolutionary Roger Casement was thwarted when influential supporters were shown extracts from Casement’s secret diaries, detailing his homosexual activities. For a long time, Irish nationalists insisted that the diaries must be forgeries (forensic studies later authenticated them).

Ireland retained British laws against “gross indecency” — under which Wilde was punished — on its statute books after independence in 1922. Upheld by the Irish Supreme Court, those laws were not changed until 1993, and only after an appeal to the European Court of Human Rights.

Ireland was thus one of the last Western democracies decriminalize consensual sexual activity between adult gay men. That it may now consolidate same-sex marriage as the new normal in the developed world is striking evidence of how quickly and profoundly attitudes have changed. If it happens, it will owe much to two circumstances, one great and epic, the other small and intimate.

Few democracies have ever seen such a close alignment of religious and political power as Ireland after independence. The new state was overwhelmingly Roman Catholic and deeply identified with the church. For decades, almost all political parties followed church teaching on “moral” questions and inscribed that teaching in law.

Contraceptives were fully legalized only in 1985. Divorce was outlawed until a narrowly approved referendum in 1995. Ireland’s abortion laws are still so restrictive that they allow almost no exceptions, even for rape, incest or fatal fetal abnormalities.

Yet the church’s power proved immensely damaging to those who once wielded it. Its arrogance resulted in the catastrophic scandals of church leaders’ covering up decades of child abuse by priests and religious orders. The church’s moral authority has largely collapsed in Ireland.

As a result, its ability to influence the referendum on same-sex marriage is limited. Many church leaders have avoided taking a hard line. This owes something to Pope Francis’s more conciliatory tone on homosexuality, but even more to an awareness that many of the faithful, like Ms. O’Connor, no longer take church teaching on sexuality as gospel. The archbishop of Dublin, Diarmuid Martin, went so far as to warn church leaders not to use “language which is insensitive and over-judgmental” — a warning surely rooted in his understanding of the other, more personal force in this debate.

Changes in attitudes to L.G.B.T. people have been driven by one overwhelming factor: Once people were out of the closet, they were not “them” but “us” — family, friends, neighbors. This is a powerful force in a close-knit country like Ireland.

Ireland doesn’t always function well at the level of large institutions, but the Irish tend to be good at social relations. If they know you, they want to think well of you.

Before the referendum campaign got underway, the minister for health, Leo Varadkar, who is widely seen as a possible future prime minister, announced that he was gay. The only negative reactions were good-humored expressions of disappointment from female admirers of the 36-year-old doctor, while some gay men joked on social media that their mothers were urging them to marry the minister.

Mothers count in this debate. The Irish mammy is a formidable figure and Irish mammies want their children to be able to marry, whatever their partner’s gender.

In a memorable intervention, a former president of Ireland and a practicing Roman Catholic, Mary McAleese, joined her son, Justin, who is gay, in calling for a “yes” vote. Borrowing from the 1916 proclamation of the Irish Republic, she said that she wanted “the children of the nation to be cherished equally.”

Standing between mothers and what they want for their children is not a comfortable place for the proposition’s conservative opponents to be.

Fintan O’Toole is a columnist for The Irish Times.