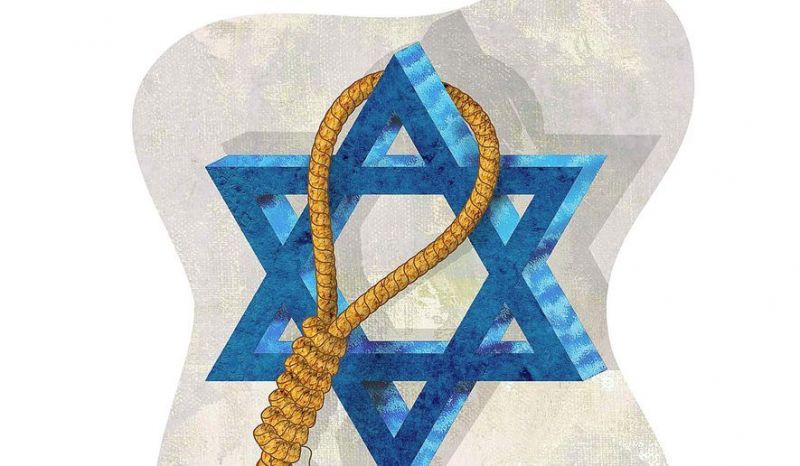 News broke this month that the International Criminal Court (ICC) is opening a preliminary probe into possible war crimes in the Palestinian territories. Given the track record of international organizations attempting to address the Israeli-Palestinian conflict, the obvious question is whether the International Criminal Court is capable of investigating with the objectivity the situation requires. The inherently corrupt nature of international organizations as well as structural flaws at the ICC further suggest that any faith in its ability to police international affairs is misplaced.

The investigation comes after the Palestinian Authority successfully convinced the United Nations General Assembly in 2012 to declare recognition of a state of Palestine by upgrading their status to “non-member observer state.” Previous attempts by the Palestinian Authority to bring war crimes allegations against Israel were rejected by the ICC on the basis that only states could seek ICC intervention. With that hurdle now cleared, they will likely find an international community eager to assist in handcuffing Israel, to which many international organizations have demonstrated a record of hostility.

The U.N. Human Rights Council, for instance, has a history of engaging in politically motivated, one-sided attacks on Israel, despite being created to replace the Commission on Human Rights, which was long discredited for much the same reason. It has targeted Israel with more resolutions than all other nations combined. Its most recent missive chastised Israel for “human rights violations” without ever once mentioning the terrorist group — Hamas — that they are fighting.

That the ICC might prove equally myopic in its assessment of the ongoing Israeli-Palestinian conflict is a serious concern. Like the U.N., membership in the ICC includes more than a few dictatorships. Almost 40 percent of ICC participating nations are rated as either partly or not at all free by Freedom House.

Overcoming majoritarianism and preventing an international organization from being unduly influenced by the self-interest of its dominant members is a constant challenge not just for the U.N., but for any large international body. The Organization for Economic Cooperation and Development, for example, has been captured by Western welfare states and used as a tool to bludgeon low-tax jurisdictions, and even the United States, into making themselves less competitive by raising tax rates and adopting big-government policies.

Recognition of these structural problems has long plagued the International Criminal Court with questions of legitimacy, which its record has done little to assuage.

In a dozen years, the International Criminal Court has brought 21 cases but secured only two convictions. Every case to date has come out of Africa, while brutal dictators in North Korea, Venezuela and Cuba were left untouched. That’s because these nations were clever enough not to acquiesce to the ICC’s jurisdiction or had powerful allies on the U.N. Security Council, such as China and Russia, to protect them from any investigative referral. African countries lack any such protections, but they’re catching on: The African Union has passed several resolutions urging solidarity against the ICC.

That political factors could be influencing court decisions suggests a problem with independence and objectivity. Even if the court can resist the political influence a polarizing nation like Israel is sure to attract, its legal process may be irreparably flawed.

In a meticulous analysis of International Criminal Court transcripts and records, Nancy Combs of the College of William and Mary discovered numerous deficiencies in the ICC’s fact-finding process, such as frequent use of witnesses unable to answer basic factual questions — such as when an event occurred or how far the witness was from what they saw. Her research led her to question whether international trials are even capable of determining guilt, which is the single most essential thing they must get right. That’s not even taking into account the inherent complications of navigating the murky international waters necessary to arrest, prosecute and punish war criminals in a manner that is fair and consistent.

The Cato Institute’s Ted Galen Carpenter, a senior fellow for defense and foreign policy studies, further faults the International Criminal Court not only for “the admission of hearsay evidence and testimony from anonymous witnesses,” but also its “alarming feature” allowing it to “reach verdicts and impose long prison sentences based on a simple majority vote.” Perhaps most salient to the current Israeli-Palestinian investigation, he warns that “there are insufficient protections against bias, even blatant bias, on the part of judges.”

These are many of the issues that inform why the treaty establishing the court was never ratified in the United States — or indeed by China, Russia and much of Asia and the Middle East — and why the Bush administration ultimately decided to withdraw the United States as a signatory. Most of the world’s major powers simply do not care to subject their citizens and sovereignty to the whimsical jurisprudence of a bumbling bureaucracy.

For Israel and Palestine, the process is in the preliminary stage, which means investigators are still deciding if there is sufficient evidence to warrant an official investigation. The opportunity exists to charge Palestinians with infractions just the same as Israelis, but the double standards and political corruption consistently witnessed from international organizations suggests the rules may not be evenly applied. Indeed, ICC prosecutors have cut deals in the past with member states to specifically exclude certain parties from investigation. Even The Washington Post warned that the court “might find it practically as well as politically easier to zero in on Israel.”

In Carl von Clausewitz’s classic “On War,” he famously declared, “War is politics by other means.” But in the modern age, it’s become increasingly clear that international law is often just war by other means. The International Criminal Court should not allow itself to be used as a tool of one side or another in this conflict, yet there is strong reason to fear that it will.

Andrew F. Quinlan is the co-founder and president of the Center for Freedom and Prosperity.