My patient had been having chest pains for several days before his heart stopped. Paramedics managed to revive him, but not before his lungs, kidneys and brain were severely damaged by the lack of blood flow. The prognosis was grim. A neurologist in the intensive care unit said the best possible outcome would be life in a persistent vegetative state.

Most doctors would recommend purely palliative treatment at this point, and that is what we did. There was no chance of organ recovery, little chance the patient could ever be weaned from the ventilator. However, his family members said they were willing for him to be in this state as long as he was alive. They asked us to start dialysis for his failing kidneys.

Of all the situations a doctor can encounter in a hospital, perhaps none is as nerve-racking as a so-called futility case. It has been estimated that there are at least 12,000 such cases in the United States every year, each typically costing hundreds of thousands of dollars. A vast majority are settled through discussions between doctors and patients’ families or mediation by a medical ethics team. But a large number cannot be resolved. 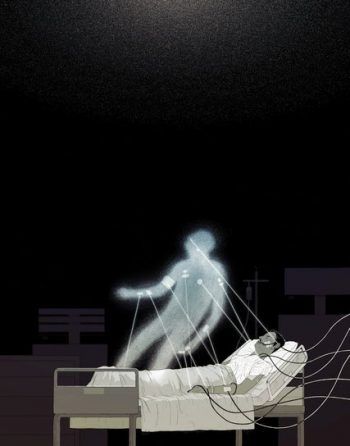 For most doctors, these cases present a crisis of conscience. How can we obey a central pillar of our profession — to do no harm — when we are forced to provide treatment that will only prolong suffering? Though doctors can refuse to treat patients under certain circumstances — for example, if a patient is violent or extremely intransigent — refusing to treat on the basis of conscience is controversial.

Futility disputes are governed by state laws, but these laws are inconsistent. In Texas, for example, a medical team can unilaterally withdraw treatment after 10 days if a hospital ethics committee agrees that further therapy is futile. However, in New York, doctors must continue to provide such treatment until care is transferred to another physician. Because transfer is often precluded by the severity of the underlying illness (or by the unwillingness of other hospitals or physicians to take on such a case), doctors may find themselves in the discomfiting position of delivering treatment that they consider inhumane.

Matters of life and death should not be subject to the vagaries of state legislatures. Critical care physicians, patient advocates and other experts should come together to establish uniform standards to govern futile care. Hospital review boards should uphold these standards, even in the face of political pressures. Hopefully, states would write legislation that would adhere to these principles.

Unfortunately, there is as yet no consensus on how to balance the competing ethics in these disputes. No doctor wants to go against a patient’s or family’s wishes, but we also want to avoid treatments whose risks and burdens exceed their benefit.

Embracing the ethic of social justice can help us out of this morass. Social justice in medicine promotes the allocation of limited resources to maximize societal benefit. For example, we don’t usually offer heart transplants to patients over 70 years of age. Scarce goods, such as health care, should be distributed fairly.

Though social justice as an ethic has been historically undervalued in my profession, this is beginning to change. For example, residency programs across the country are now teaching trainees about the costs of certain tests and procedures, such as PET scans, and encouraging them to take these costs into consideration when deciding treatment plans.

This is a welcome development. Though cost considerations have remained largely hidden in medical practice, de facto rationing goes on every day on the basis of ability to pay, insurance access, socioeconomic status, even race. For example, a patient without health insurance would be hard-pressed to find a hospital willing to provide a liver transplant, regardless of the need. It is best that these issues be discussed openly rather than remain covert.

Rationing and futility cases are clearly separate concepts, but they can and should be linked now that modern medical technology has become so effective at prolonging life. We Americans need to state unequivocally that, in some cases, prolonging life is not money well spent.

Arguments for limiting such care based on quality of life, or what is best for a patient or his family, will always be fraught. Quality of life is a value judgment, and such judgments rightfully belong to patients or their surrogates.

Far better for us to decide that we cannot afford to pay for nonbeneficial care. We need to have this discussion without alarmist rhetoric about “death panels.” Rational judgments about end-of-life issues should not give way to idiosyncratic desires.

This discussion cannot happen soon enough. America is aging. Already, a large percentage of I.C.U. clinicians report experiencing conflicts weekly over end-of-life care. Without clear guidance, many of these physicians will continue to provide treatment that is morally repugnant to them.

Unfortunately, that is what happened with my patient in the I.C.U. We encouraged the family to reconsider dialysis, but they insisted, so after much discussion, we relented.

That night, when a nurse flushed the dialysis catheter, my patient’s blood pressure dropped precipitously and he went into cardiac arrest. CPR was performed for 45 minutes, but he could not be resuscitated. In the end, and this happens not infrequently, dialysis not only didn’t help — it probably accelerated his demise.

Sandeep Jauhar, a cardiologist, is the author of Doctored: The Disillusionment of an American Physician and a contributing opinion writer.