Whenever the World Cup approaches, my thoughts run back to 1954, the year when Germany, a country still in postwar ruins, won the title against all the odds. The surprise was even greater as the German team had lost its first encounter, against Hungary, in the qualification rounds. Hungary had been unbeaten for years, and the "Magical Magyars" had even bested England at its own holy ground of Wembley, making them one of the clearest favorites ever in the history of football.

My hero was Fritz Walter, the captain of the German national team. I will never forget the day of the 1954 final in Bern. As on almost every Sunday, I had to be on duty in our little restaurant in my hometown of Wuerzburg in northern Bavaria. As the sole waiter serving the guests that day, I was often interrupted while listening to the radio. When I returned from fetching some bottles of wine from the cellar, Hungary had just scored the first goal: My second cellar visit coincided with the score moving to 0-2. As you can imagine, I strongly hoped there would be no further need to go downstairs during the rest of the game. And it worked! The final 3-2 result is well-known. And the voice of the reporter proclaiming victory with “Deutschland ist Weltmeister” will remain vivid in the memory of all Germans who heard it. 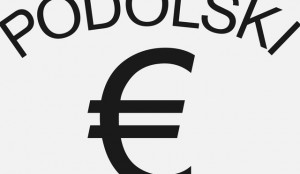 Since then, Germany has won the cup twice more, in 1974 and in 1990. So what hopes for 2014, exactly 60 years after the first triumph? This is one of the cases in which I hope my forecast doesn`t come true. In the middle of the qualification rounds, the German team was playing its best football ever. During that period, most Germans, myself included, were looking forward to the championship in Brazil. In the meantime, however, some key players have demonstrated weaknesses previously unknown.

The main source for skepticism, though, is Joachim Loew, who has been the coach of our national team since 2006. Initially, he was perceived as the architect of the brilliant football Germany was capable of producing. But, in contrast to tacticians such as Pep Guardiola of Bayern Munich, he seems incapable of admitting error or learning from his mistakes. So, speaking as one of Germany's 80 million would-be national coaches, I am afraid that the chances for a fourth victory are anything but bright.

Our economic situation shows some similarities. After years of reforms and wage moderation, Germany`s economy is in a rather strong position. Unemployment is low at 6.7 percent, compared with 11.8 percent for the euro region as a whole, the budget is in balance, and the perspectives for a strengthening of the recovery are rosy. Still, there are potential vulnerabilities ahead. Proposed changes to the nation's pension system are both too costly and send the wrong signal to a rapidly aging society about what it should reasonably expect. A uniform legal minimum wage will destroy jobs, as will a misguided energy policy.

The economic risks we face have parallels in sport: over time, Germany will lose its place as the leading European team, as well as finding itself among those countries criticized for problematic economic policies.

Otmar Issing is president of the Center for Financial Studies, and was formerly the chief economist at both the European Central Bank and the Bundesbank.