“Have you ever been stuck in an elevator?” a Macedonian politician asked me recently. We were in Skopje, his country’s capital, where huge public protests have raged over the last year, including demonstrators occupying the government square and, in the Parliament, a nearly yearlong boycott by the political opposition. “Can you imagine being stuck like this for 20 years? This is what happened to us.”

He had a point. Macedonia, a Balkan country of some two million people, roughly 30 percent of them ethnic Albanian, managed to steer clear of the Yugoslav wars of the 1990s, but that doesn’t mean it has been tranquil.

From Macedonia’s very first moment as an independent country, in 1991, Greece has refused, for historical reasons, to recognize its name, which Macedonia shares with a region of Greece. Greece has vetoed its membership in NATO and obstructed its attempts to join the European Union. Brussels and Washington were appalled, but helpless. 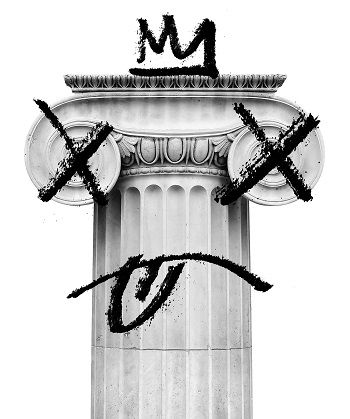 In 2001, an armed ethnic conflict in the Albanian-dominated west brought the country to the brink of civil war. Macedonia survived the crisis, but political and ethnic tensions remained.

Trapped by the standoff over its very name, threatened by the specter of ethnic conflict and demoralized by a weak economy with one of the highest unemployment rates in Europe, Macedonia was shunted aside to Europe’s waiting room. Unsurprisingly, 300,000 people have left the country in the last five years.

And while Macedonia feigned reforms and Brussels faked integration, the Macedonian regime mutated into a Balkan-style “managed democracy.” Getting a job in the government was preconditioned on voting for the ruling party, and the most popular TV station, which was critical of the ruling party, was closed.

The governing party, with the imposing name Internal Macedonian Revolutionary Organization-Democratic Party for Macedonian National Unity, has used elections merely for the purpose of spotlighting how the opposition could not be trusted, then engineering the vote to ensure its re-election. Thrilled by its self-image as a victim of foreign conspiracies, the Macedonian government adopted aggressive nationalistic rhetoric toward its neighbors.

The agreement is a powerful demonstration that while the European Union may have lost its luster, it remains by far the key external actor in the Balkans. But Macedonia’s road back to liberal democracy is not going to be easy.

The protesters in Skopje brought a change in the public mood, and they forced the world to focus on Macedonia, but they could not bring institutional change themselves. The scandals have certainly hurt the governing center-right party and its Albanian coalition partner, but opinion polls indicate that if elections were held tomorrow, the governing party would still win them handily.

Political polarization and the glaring absence of independent media — not simply “pro-opposition” media — make it easier for the government to survive the current crisis. Mr. Zaev demonstrated political courage by revealing the misdeeds of the government, but he will need even more courage to change his own party, the Social Democrats, which is profoundly mistrusted, not only by government’s supporters but also by many of the protesters, for being too much a part of the system.

Those pushing for change in the streets must resist the naïve notion that the European Union and the United States will be their reliable partners in their demand for revolutionary change. The European Union is boxed in, not only by fear that the crisis will become an ethnic conflict and the diverging views of the member states, but also by a counternarrative, being pushed by Russia, that the protests are being stage-managed by foreigners. In Moscow’s interpretation, the protests are an instrument of Western powers’ strategy to remove governments unfavorable to them.

Skopje’s neighbors are also nervous. They do not like the current leadership much, but they fear instability. At the same time, they hope that positive change is in the offing: Bulgaria in particular hopes that political changes will make it possible to sign a bilateral treaty between the two countries, blocked for a long time by the current government in Skopje.

In short, for all the worries over the current crisis in Skopje, there is reason for optimism. What everyone should hope for is not a revolution, but a reasonable compromise — one that will be acceptable not only to political leaders but also to the citizens who mistrust these same leaders. The elevator should move again, and best if it moves in the direction of Brussels.

Ivan Krastev is a political scientist, the chairman of the Center for Liberal Strategies in Sofia and a permanent fellow at the Institute for Human Sciences in Vienna.