In the last 40 years, more than one billion acres of tropical forests have vanished, equivalent in size to over half of the continental United States. The rate of cutting, burning and clearing shows no signs of abating.

Tropical forests store huge amounts of carbon. When their trees are cut or burned, the carbon is eventually released into the atmosphere, mixing with oxygen to form the long-lasting greenhouse gas carbon dioxide. The pace of deforestation is so great today that it accounts for an estimated 12 to 15 percent of global carbon dioxide emissions annually.

Economic forces drive this destruction — for timber, rangeland, mining and development. But there is also a powerful economic argument for preservation. Forests’ carbon reserves can be monetized and sold as offsets to greenhouse gas emitters who need them to comply with regulatory emissions limits, or who voluntarily want to reduce their carbon footprint. 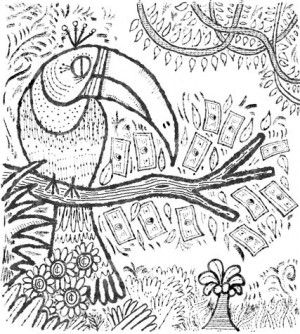 These offsets typically are sold by utilities or other industrial companies that have reduced their emissions below a government-imposed cap. The offsets equal the emissions below the cap; their price is determined by supply and demand. The buyers are companies whose emissions are above the cap; the offsets are subtracted from their excess emissions, enabling them to avoid penalties. There is also a voluntary market where companies and individuals buy offsets to reduce their carbon footprint. The revenue is used to finance energy efficiency and other projects to reduce emissions.

These markets are booming, with trades each year in the tens of billions of dollars. But a potential pool of offsets has been largely left off the table — offsets that represent carbon emissions avoided by not destroying tropical forests. These were difficult to value because there was no way to accurately quantify the carbon savings. Nor were there reliable, transparent systems to ensure these forests would remain standing or that proceeds would be returned to local communities.

For those reasons, the European Union, which has the world’s largest system for trading carbon offsets, has not allowed offsets for what’s known as avoided deforestation. Other carbon markets, like the one run by the California Air Resources Board, are considering it.

The objections are now being addressed. In recent years, accurate and inexpensive techniques have been developed to quantify and verify carbon emissions that would be avoided by not destroying forests. Credible mechanisms for indemnifying offset credits (meaning, an acre of forest will always be protected even if the specific acre behind the credit is destroyed) and returning the proceeds from the sale of the offsets to local communities have also been devised. A new system that combines all of those components and biodiversity conservation, known as the Rainforest Standard, which we and 60 other scientists, lawyers and businesspeople have developed, is now being tested in South America to safeguard a 1.6-million-acre forest.

Although this expanse is designated a “protected area,” it has only four guards. This is not unusual. In the Amazon and elsewhere, there’s not enough money to adequately safeguard protected forests from threats like illegal logging and ranching. This is where forest offsets can make a real difference. Allowing them to be traded would give carbon reserves tangible value that could be sold for real money, which could be used to protect these biologically diverse forests.

The added benefit is that saving a tropical forest of, say, a million acres would prevent roughly 367 million tons of carbon dioxide from escaping into the atmosphere, where some of it would remain for thousands of years.

In our pilot project, a major corporation has agreed to buy one million offset credits over 20 years. All of the money will underwrite a trust fund to manage and protect the forest and help local communities develop sustainable livelihoods such as eco-tourism, fish farming and beekeeping.

A second, smaller project has just started in Southeast Asia, and we are working to replicate these projects elsewhere.

Corporations in growing numbers understand what’s at stake. In September, 40 major companies, including Kellogg and Nestlé, pledged to cut tropical deforestation in half by 2020 and stop it entirely by 2030. The group included some of the largest companies handling palm oil, which vow to impose tough standards on production, limiting activities that are devastating old-growth tropical forests, especially in Southeast Asia.

Offsets, whether compulsory or voluntary, can be another tool for protecting tropical forests. The European Union and other carbon markets should reconsider their policies. These forests can have a worth beyond the value of their plunder as governments and industries turn to market-based solutions to slow the warming of our planet.

Don Melnick and Mary Pearl are professors of biology at Columbia and the City University of New York, respectively. James Warfield is deputy director of Columbia’s Center for Environment, Economy and Society.