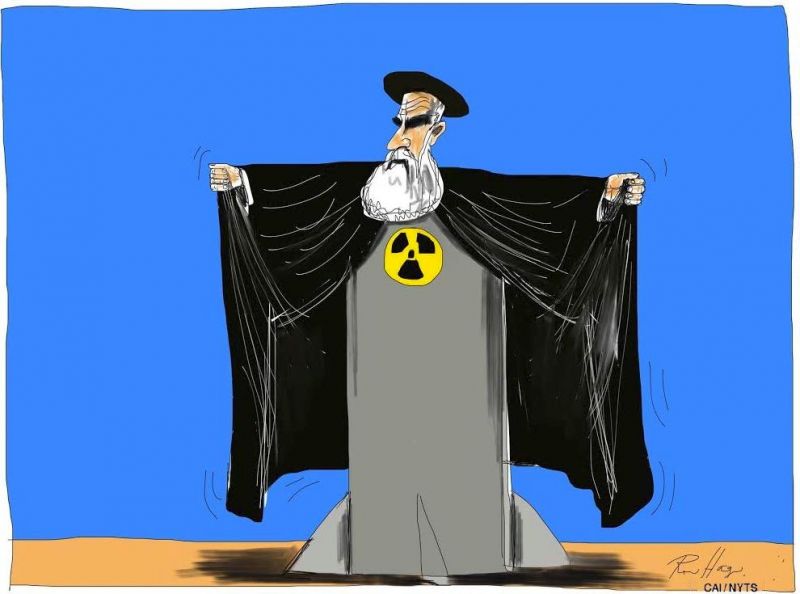 The Middle East has had more Nobel peace prizes awarded than any other region yet peace remains as distant a prospect as ever. It is also the setting for repeated failures to meet agreed deadlines. The failure to convene a conference on a zone free of weapons of mass destruction has put at risk the outcome of next year’s NPT Review Conference. The latest example is the failure to conclude a comprehensive agreement to end Iran’s nuclear program in order to eliminate suspicions about possible weapons dimensions to the program as a condition of lifting sanctions on Iran.

Iran may be paranoid but, as the saying goes, even the paranoid have real enemies. It might have an interest in nuclear weapons precisely because it lives in a particularly threatening environment that includes five nuclear-armed states (Israel, Pakistan, India, Russia, China). Non-Arab Shiite Iran is also surrounded by a string of deeply hostile Sunni-ruled Arab regimes. Additionally, American ground troops and warships are deployed in large numbers in surrounding seas and territories. Britain and the U.S. also have intervened repeatedly in Iran and have a record of almost unbroken bellicose rhetoric against the Islamic republic. The country’s nuclear program has been subjected to cyber-attacks by the Stuxnet computer worm.

In 2011, referring to Libyan leader Moammar Gadhafi, Iran’s Supreme Leader Ayatollah Ali Khamenei said: “this gentleman wrapped up all his nuclear facilities, packed them on a ship and delivered them to the West and said, ‘Take them!’ … Look where we are, and in what position they are now.”

The acquisition of nuclear weapons by Iran would have a series of negative consequences for almost every component of the nuclear arms control agenda, from increasing pressures on other states in the regions, and beyond, to proliferate, to heightened risks of nuclear terrorism, use of nuclear weapons, and setbacks to efforts to cut global nuclear stockpiles and reduce their role and salience in national security doctrines. Also, like both North Korea and Pakistan, Iran too is widely believed to be a state sponsor of terrorism.

That said, it is important to note several specific features about Iran that distinguish it both from Northeast and South Asian regional security drivers. To start with, the Iran Islamic revolutionary regime can in no sense be compared to the Kim dynasty of North Korea. It is also a few centuries since Iran committed acts of aggression against anyone else. It is one of the more democratic states of the Middle East, especially in comparison to the Arab monarchies, sheikdoms and dictatorships that dot the region.

Nor, secondly, can Iran be compared in any realistic sense to Pakistan with its history of an unresolved territorial dispute with a nuclear neighbor and security policy firmly in the hands of the military that functions as a state within a state. The third distinctive feature of Iran’s regional security complex is the importance of the Shiite-Sunni schism that seems to have hardened all around the Islamic crescent in recent years, and the way this intersects with Arab-non-Arab sectarian politics.

Fourth, Israel as an unacknowledged nuclear armed state since the 1970s has no parallel in either South or Northeast Asia. Finally, there is little appreciation in the West that unlike North Korea and Pakistan, there is considerable sympathy in the rest of the world toward Iran, which is perceived more as a victim of Anglo-American interventions, attacks, interferences and hostility than a perpetrator of belligerence.

There is no conclusive evidence that Iran ever actually tipped over into weapons production. IAEA reports have listed efforts by Iran’s military to procure nuclear-related and dual-use material and equipment; to develop ways and means of producing undeclared nuclear material; to tap into clandestine networks for obtaining weapons related information and documentation; and to work on an indigenous nuclear weapons design. But almost all these activities took place before 2003.

Efforts to negotiate a resolution of the standoff with Iran had made no substantive progress in 2012. But an opening was provided in September 2013 on the margins of the start of the annual session of the U.N. General Assembly. A “historic breakthrough” deal was announced in on 24 November 2013: an interim deal whereby Iran agreed to scale back its weapon-sensitive material and activities under IAEA oversight in return for some sanctions relief. In February 2014 the IAEA reported that Iran’s stockpile of uranium enriched to just under 20 percent — just a short technical step away from weapon grade highly enriched uranium — had fallen to 161 kg from 196 kg in November: the first decline in four years. Iran’s 20 percent-enriched uranium stockpile had fallen to half by mid-April.

Negotiations for a follow-up agreement were to have been concluded in July 2014 but the deadline was extended to Nov. 24. The deadline was not met. Instead on that date it was announced in Geneva that the parties had agreed to extend the deadline yet again to March 1, 2015, for a high-level political agreement, and confirmation of the full technical details of the agreement by July 1. Meanwhile Iran will be permitted to access $700 million a month in frozen assets.

The two sides remain apart on three sets of issues in particular. First, Iran wants to keep some 9,500 centrifuges while the P5+1 want the numbers cut back to between 4,000-4,500. (Originally Tehran wanted to keep all 19,000 centrifuges while the others had favored fewer than 2,000.) They may be able to settle on a compromise figure of 6,000. Given the low efficiency of Iran’s first-generation centrifuges, this number would impose a time frame of 12 months for Iran to be able to reverse course and produce enough enriched uranium to make one bomb.

Second, sanctions relief so far have been limited, temporary and reversible. Iran wants all remaining sanctions lifted immediately on the conclusion of a deal while the others want a phased elimination over a 10-year horizon. While it is simple enough to lift sanctions, reinstating a dismantled sanctions architecture will be more problematical and could give Tehran a window of opportunity to proceed further down the weaponization path. And third, Iran wants the deal to last for five years while the others want it to be for 10 years.

The fear is that the negotiators may have let slip the most opportune moment for closing the deal. The Russia-West standoff over the Ukraine crisis could provoke Moscow into backing away from pressure on Tehran in retaliation for U.S. and Western sanctions on Russia. Because of doubts about Iran’s good faith and other possible undeclared facilities beyond IAEA reach, critics in Israel, Saudi Arabia and the United States have been spoiling to wreck the deal for allegedly putting Iran on the same path as led to North Korea’s eventual nuclear breakout. Hardliners in Tehran could mobilize opposition to any further concessions. And from January the Republicans will be in control of both houses of the U.S. Congress.

Professor Ramesh Thakur is director of the Center for Nuclear Non-Proliferation and Disarmament at Australian National University’s Crawford School of Public Policy.