The war of words between President Trump and the North Korean leader Kim Jong-un over Pyongyang’s nuclear program has rattled nerves around the world. But the trial of two women in Malaysia for using the nerve agent VX to kill Mr. Kim’s half brother is a reminder that North Korea’s lethal arsenal isn’t limited to nuclear weapons. The North’s chemical weapons pose a grave risk to South Korea and to regional stability.

Experts say chemical munitions have long been deployed along the demilitarized zone that separates the North and South. In the event of a military attack against the North, analysts say, the regime sees chemicals as an option for a first response. Seoul and its 10 million inhabitants could be hit immediately.

Estimates of casualties are staggering. Images from Syria of children gassed with sarin in recent years have horrified the world; imagine a death toll in South Korea a thousand times larger. 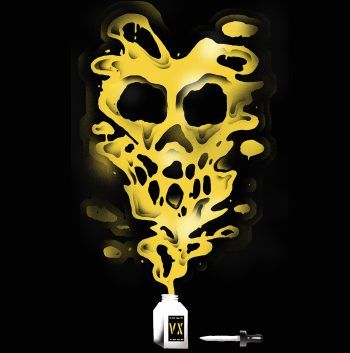 In a June article in Bulletin of the Atomic Scientists, the military historian Reid Kirby used the term “sea of sarin” to describe such an attack. Accounting for sarin’s toxicity, the types of artillery along the DMZ, and vulnerability of children and the elderly, he estimated that a sarin attack could kill as many as 2.5 million people in Seoul and injure millions more. There are about 24,000 United States military personnel in South Korea, along with their families, and thousands of American expatriates.

No one outside of the North Korean government knows with certainty the composition of the country’s chemical stockpile, but intelligence from defectors and the South Korean government suggests that Pyongyang has 2,500 to 5,000 metric tons of some 20 chemical warfare agents.

Experts have long suspected that the North’s arsenal includes VX, which is far more toxic than sarin. The gruesome murder in February of Mr. Kim’s estranged half brother, Kim Jong-nam — a brazen killing in a Malaysian airport that prosecutors say was carried out by two women, trained by North Korean agents, who rubbed the victim’s face with VX — has dispelled any doubts that the North has the chemical. Unlike sarin, VX is “persistent,” meaning it lingers in the environment rather than disperses. The mustard gas that drenched World War I battlefields is the original persistent chemical.

Kim Jong-nam’s murder also raises the specter of new proliferation of chemical arms. The fact that VX made its way out of North Korea undetected to another country could indicate that Mr. Kim would use the North’s extensive criminal smuggling networks to secretly assist other nations, or nonstate actors, in obtaining or producing it.

The chemical menace from North Korea recalls a time when chemical weapons posed far more of a global threat than they do today. The doctrine of strategic deterrence — maintaining stockpiles of powerful weapons to keep a similarly armed adversary in check — didn’t begin with nuclear weapons; rather, it emerged from gas warfare in World War I.

In the war’s aftermath, the Geneva Protocol of 1925 banned chemical warfare but not chemical weapons. The rationale for that apparent contradiction was that rogue nations might disregard international law and use chemical arms to attack cities and civilian populations in much the way North Korea threatens to do today. The way to deter such attacks, the logic went, was to maintain a stockpile. If signatory nations suffered a chemical attack, they could then retaliate in kind.

The United States Senate, convinced that the agreement was folly in a dangerous world, refused to ratify the pact. Many nations developed sophisticated chemical weapons programs, as well as biological weapons. By the 1990s, the United States had an arsenal of 27,700 metric tons of chemical agents, and Russia had at least 40,000.

The threat of chemical warfare diminished because of the far greater power of nuclear weapons, but also because of the 1997 Chemical Weapons Convention, which outlawed the weapons altogether. The United States and South Korea are among the 192 nations party to the agreement, and they agreed to destroy their chemical arsenals. North Korea did not join.

After President Bashar al-Assad of Syria was accused of using sarin in 2013, he joined the convention. He promptly violated it with more chemical barrages, including the sarin attack in Khan Sheikhoun in April that spurred President Trump to retaliate with a missile strike.

A similar show of force against Mr. Kim’s regime could have catastrophic consequences for South Korea. The North’s nuclear arms are one layer of deterrence against attack; the chemical arms are a second. Many experts say that Mr. Kim, if attacked with conventional weapons as a warning or a pre-emptive strike, could see chemical weapons as a way to retaliate without escalating to nuclear weapons.

After the Syrian sarin attack in April, Mr. Trump used unusually emotional terms in his speech about his decision to launch the missile strike. “Even beautiful babies were cruelly murdered in this very barbaric attack,” he said. “No child of God should ever suffer such horror.”

Let’s hope that the president’s memory of those searing images will make him think twice before attacking Kim Jong-un. The fate of millions of South Koreans within range of Mr. Kim’s chemical arsenal may depend on it.

Theo Emery is the author of the forthcoming Hellfire Boys, a history of the United States Chemical Warfare Service.