North Korean defectors can usually tell when other defectors are lying about their past. As a panelist on a South Korean talk show that features female defectors like me, I heard other panelists complain privately that a few of the guests must have been embellishing their stories.

It’s not uncommon to hear defectors claim they graduated from a prestigious North Korean university, for example, while the rest of the details of their lives suggest this was highly unlikely. If defectors say they had high-level connections in Pyongyang or came from an esteemed institution in the North, they can gain better employment in the South, where life can be very difficult for North Koreans.

Shin Dong-hyuk, a prominent defector who shocked the world several years back with his disturbing tales of torture in North Korean gulags, confessed last month that parts of the personal history he had told the public were inaccurate. His dramatic story, which included being forced to watch the execution of his mother and brother, led to a lot of publicity and his role as a key witness for a United Nations inquiry into North Korean atrocities. He now says that instead of growing up in the notorious Camp 14, where most prisoners go to die, he spent most of his time in the less draconian Camp 18. 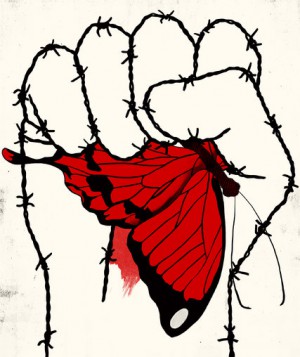 After the United Nations came out with its damning report in February 2014, Pyongyang’s propaganda officials circulated a video featuring wild accusations against Mr. Shin. It alleged he raped a 13-year-old girl and featured an interview with his father in North Korea who said they had never lived in a “so-called political prison camp.”

At least one defector from Camp 18 recognized Mr. Shin’s father as a fellow inmate, pressuring Mr. Shin to admit that his story didn’t hold together, leading to the retraction.

This unfolding saga is troubling to me and to other defectors who tell the truth about the horrors of life in the North. The furor over Mr. Shin’s confession is really a sideshow, a distraction from the larger issue: Pyongyang’s continuous abuse of human rights.

Mr. Shin has been examined by doctors who believe he was subjected to torture and child labor, given the evidence of his scars and unnaturally bowed arms. We shouldn’t lose sight of that when discussing his lies.

It’s easy to see how Mr. Shin was tempted to obscure the truth. For defectors, sometimes doing so is the only way to survive.

My own story starts with my escape in 1997, when I was 17. I did not crawl through a tunnel or over an electrified-wire fence, nor was I spirited in disguise across the demilitarized zone. I lived near the border with China, and one night I simply left home and walked across the iced-over river that separated the two countries. I was fortunate that my family had close relationships with some of the border guards, so I was able to cross without incident. At the time, I thought I would return home after a brief visit.

I stayed in hiding for a while, learning Chinese. Eventually my Chinese became so fluent that I could pass for a local. Still, I was terrified of being captured or betrayed, so I created a false identity.

Staying in China provided me with the opportunity to adjust to life outside of North Korea, and to gain a sense of perspective, most importantly, by learning that so much of what I had been taught about my country was a lie.

In the early days, I considered going to South Korea, but I had internalized everything I had been told my whole life: South Korea was the enemy. I believed going there would be a betrayal of my country — and that my family might be punished as a result.

Ultimately, I learned that I could go to South Korea by giving up my real identity, which would ensure my family back home would be safe. Once I got there, I faced the same challenges as the 27,000 other defectors who have now made it to the South. They struggle from a lack of education and job skills, discrimination, loneliness and emotional turmoil. Many drop out of school. Suicide rates are unusually high.

Many defectors who fail to acclimatize even return to the North. We have no way of knowing how many have returned — and it’s unclear what eventually happens to them — but Pyongyang has started using these “double defectors” for its propaganda.

Historically, the North’s propagandists vilified the South and its economy, but now that more Northerners know some of the truth through illegally smuggled South Korean television shows and other contraband, Pyongyang has redefined the difference in economies in relative terms: Though South Korea may be rich, any North Koreans foolish enough to chase Southern dreams will only find a life of hardship and poverty there.

The double defectors play right into Pyongyang’s new narrative. Many of them are featured in scripted press conferences in which they claim to have encountered a life of misery in the South. The double-defector propaganda has also given the regime a defense against human rights criticism from abroad: If North Korea really is so horrible, why do so many people keep returning?

South Korea already provides a lot of support for defectors, including living expenses and a place to live. It also helps with our education and finding jobs. Despite this generous assistance, which some struggling South Koreans resent, we need more emotional support and ongoing counseling to help with the integration process.

Other countries should provide more North Korean defectors with asylum. Right now, most countries only accept a very limited number of defectors. But if more countries were willing to take more defectors, it would lessen the burden on South Korea, which struggles to support the growing number of North Korean refugees.

The Shin saga has been a painful yet essential lesson for all North Korean defectors: Don’t lie about your story. The truth is powerful enough.

Hyeonseo Lee’s memoir, The Girl With Seven Names: A North Korean Defector’s Story, will be published in July.